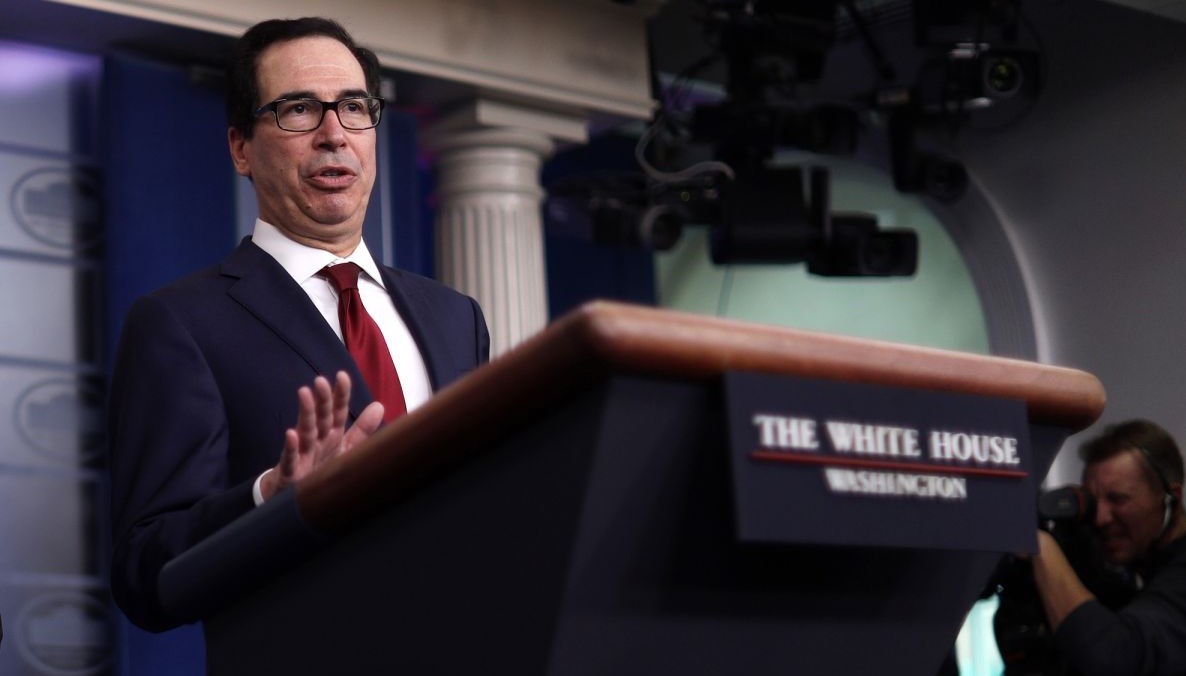 Stock futures were positioned higher on Monday, at the beginning of a busy week likely to be overshadowed by the start of the fourth-quarter earnings season and the signing of a US-China "phase-one" trade deal.

Treasury Secretary, Steven Mnuchin, told Fox News that details of the trade pact would be made public when the two sides sign the accord at a White House ceremony on Wednesday.

Mnuchin also denied reports that the deal had been changed during the translation process, having said; "The language will be released this week and people can see this is a very, very extensive agreement".

The signing ceremony will come just as the Q4 earnings season begins, with big US banks leading the charge, namely reports from; JPMorgan Chase (JPM), Citigroup (C) and Wells Fargo (WFC) on Tuesday.

These developments look to signal a rebound from Friday’s session, where the S&P 500 (-0.29%) declined, after the US added fewer jobs than expected to payrolls in December.

Ahead, in today’s economic calendar, Monday includes; the Treasury Budget for December at 2pm EST.

TODAY'S TOP HEADLINES
Iran: Iran Faces Growing Criticism at Home, Abroad Over Downing of Ukrainian Plane. (The WSJ)
Iran’s leaders grappled with a second day of protests that spread beyond Tehran as they tried to contain international criticism and domestic anger a day after they admitted the armed forces accidentally shot down a Ukrainian passenger airliner, following prior denials.

Lululemon (LULU): [GUIDANCE] Raised its earnings and revenue guidance for the fourth quarter, citing holiday season momentum. Lululemon now expects a profit of $2.22 to $2.25 per share for the quarter, compared to a previous range of $2.10-$2.13 and a consensus estimate of $2.15.

Tesla (TSLA): [NEWS & REVIEW] Major stakeholder Baillie Gifford considered selling its 10% stake the automaker last year after a series of setbacks, according to an executive of the fund management group who spoke to The Times of London. The executive told the paper that while the case to keep the stake was “debatable,” the case against it wasn’t strong enough to sell. Separately, Oppenheimer raised its price target on the stock to $612 per share from $385, based on Tesla reaching scale sufficient to support positive free cash flow.

Hexcel (HXL), Woodward (WWD): [MERGER] The two aerospace components makers, both suppliers to Boeing (BA), announced plans for an all-stock merger. Woodward shareholders will own about 55 percent of the combined company while Hexcel stockholders would own the rest.

General Electric (GE): [REVIEW] Was named a “catalyst call” buy at Deutsche Bank, which thinks the company could post a better-than-expected fourth quarter as well as upbeat guidance when it issues its next earnings report on Jan. 29.

IBM (IBM): [DOWNGRADE] Downgraded to “in line” from “outperform” at Evercore ISI, pointing to macro headwinds as well as market circumstances that set up a difficult first half of 2020.

Goldman Sachs (GS): [UPGRADE] JMP Securities upgraded Goldman to “market outperform” from “market perform,” saying the company is in the early stages of the most meaningful transformations in the financial services industry.

Fiat Chrysler (FCAU): [NEWS] The Peugeot family plans to raise the 6.2% stake it will have in the planned combination of Peugeot Parent PSA and Fiat Chrysler as soon as possible, according to a family representative quoted in a French newspaper.

Boeing (BA): [NEWS] Former CEO Dennis Muilenburg will receive $62 million in incentives, stock awards, and pension benefits, but forfeited $14.6 million in pay and will not receive any severance after being fired last month.

Newmont Goldcorp (NEM): [UPGRADE] Upgraded to “buy” from “neutral” at B Riley FBR, which expects the mining company to outperform its large-cap gold peers.