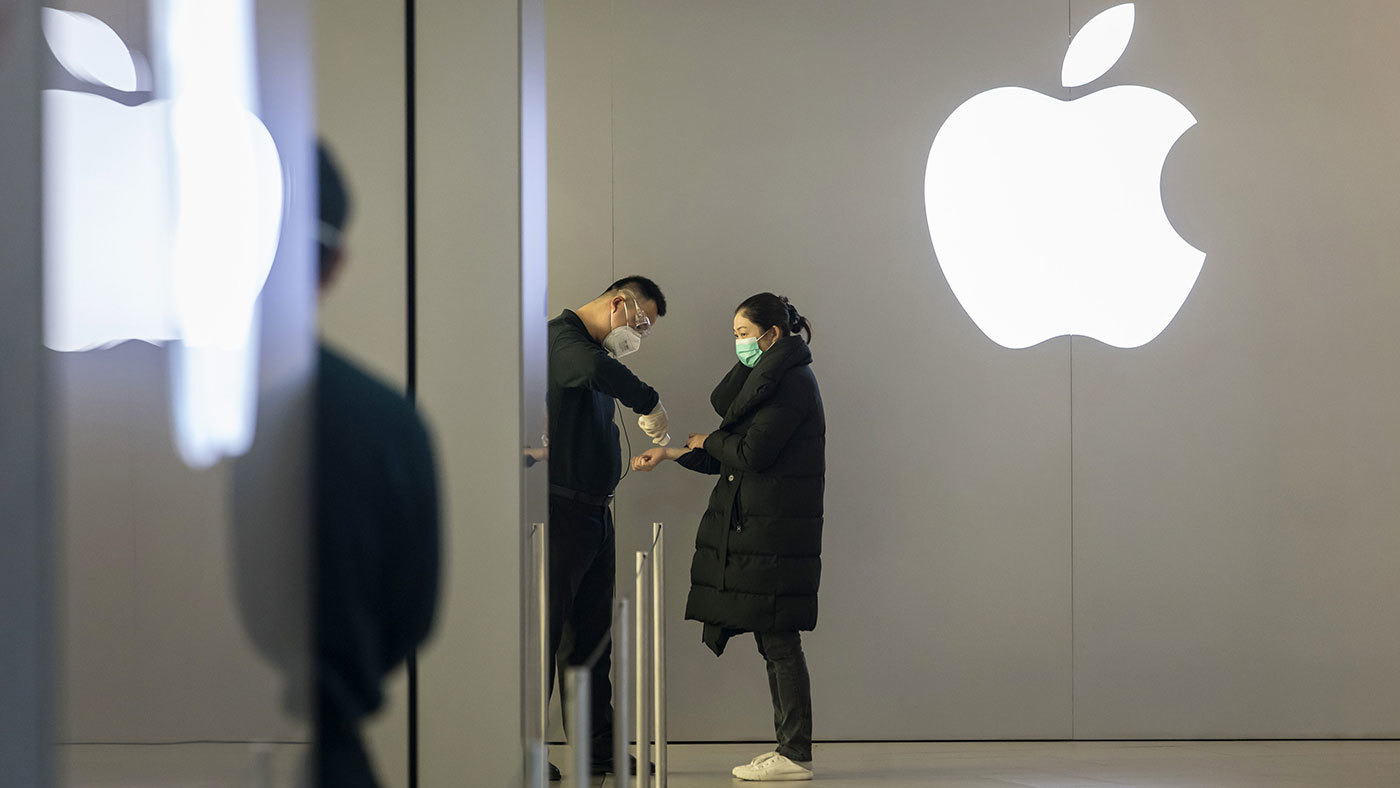 US stock futures pointed to a lower open on Tuesday, after Apple (AAPL) issued a revenue warning due to the effects of the coronavirus outbreak in China; one of the most statistically significant indications that the virus has had a material impact on multinational corporations.

Governments in Asia have taken measures to support economic growth amid the outbreak, but Apple's outlook served as a warning that those measures might have not been enough.

These developments look to contrast Monday’s session, where US exchanges were closed in observance of the Presidents Day holiday, while sentiment was lifted by Chinese policy makers’ moves to support companies hit by prolonged shutdowns in the region.

The full economic impact of the virus remains unclear; with market participants expected to access upcoming economical and corporate releases for signs of reduced multinational consumer spending and industrial production.

Ahead, in today’s economic calendar, Tuesday includes; the Empire State Manufacturing Index for February at 8:30am EST.

Apple (AAPL): [NEWS] Warned that it would not meet its prior revenue projection due to the coronavirus outbreak. The company said the virus had limited iPhone production as well as cutting demand in China.

Conagra Brands (CAG): [GUIDANCE] Cut its 2020 forecast, citing softer-than-expected performance across its categories. The company noted consumption declines in the food industry in general. Conagra expects full fiscal year earnings of $2.00-$2.07 per share, compared to a consensus estimate of $2.09 a share.

Walmart (WMT): [EARNINGS] Reported quarterly profit of $1.38 per share, missing estimates by 5 cents a share. Revenue also fell short of forecasts, and Walmart gave a full-year forecast that was short of the Street’s outlook. CFO Brett Biggs told CNBC the quarter started and ended strongly, and that the New Year has started also started off well. Separately, the retailer announced a 1.9% increase in its annual dividend to $2.16 per share.

Advance Auto Parts (AAP): [EARNINGS] Reported quarterly earnings of $1.64 per share, beating the consensus estimate of $1.35 a share. Revenue was slightly below estimates, however, and a comparable-store sales increase of 1.1% was just shy of the 1.2% increase that analysts were expecting.

Medtronic (MDT): [EARNINGS] Beat estimates by 6 cents a share, with quarterly earnings of $1.44 per share. Revenue came in below Street forecasts. Medtronic also raised its full-year adjusted earnings forecast to $5.63-$5.65 per share, compared to a consensus estimate of $5.60 a share. The company warned the coronavirus would hurt its current quarter results, although it added that the size of that impact is currently difficult to quantify.

General Electric (GE): [NEWS] Could be prevented from continuing to supply engines for a new Chinese passenger jet. That’s according to Reuters, which said the government is considering such a move.

General Motors (GM): [NEWS] Will exit Australia, New Zealand, and Thailand in order to cut costs and move out of what it considers underperforming markets. The automaker will take a total of $1.1 billion in cash and non-cash charges in connection with the move.

Dell Technologies (DELL): [NEWS] Is near a deal to sell its RSA cybersecurity unit to private-equity firm STG Partners for more than $2 billion, according to The Wall Street Journal.

Xerox (XRX): [NEWS] Plans to host a dinner this week for shareholders of HP Inc. (HPQ), according to Reuters. The dinner is being labeled a “charm offensive” by some, as Xerox tries to convince the computer and printer maker to accept a $35 billion takeover bid.