May 2, 2019. The dollar traded higher versus majors 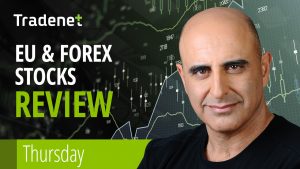 The dollar traded higher versus majors following the outcome of the FOMC meeting which as expected left interest rates unchanged despite pressure from US President Trump to lower interest rates by 1%, in order to bust the economy. FED Chairman Powell did not comply with the demand citing no strong case to move with interest rates at this time. The hawkish tone sent equity markets in the US lower from all-time highs. A perfect timing for investors to shave profits from the table while most EU equity markets were closed yesterday for the May 1 holiday. Metals traded sharply lower on the stronger dollar while Oil prices had a minor response to the inventories and production numbers, despite record US production levels and a surge in US stockpiles. However, the Iran and Venezuela geopolitical tensions and OPEC production cuts offset the negative effect and prices closed marginally higher at 63.54$ per barrel.

UK BOE Rate Decision at 11:00 am is the important news on the agenda Thursday. (all times GMT).