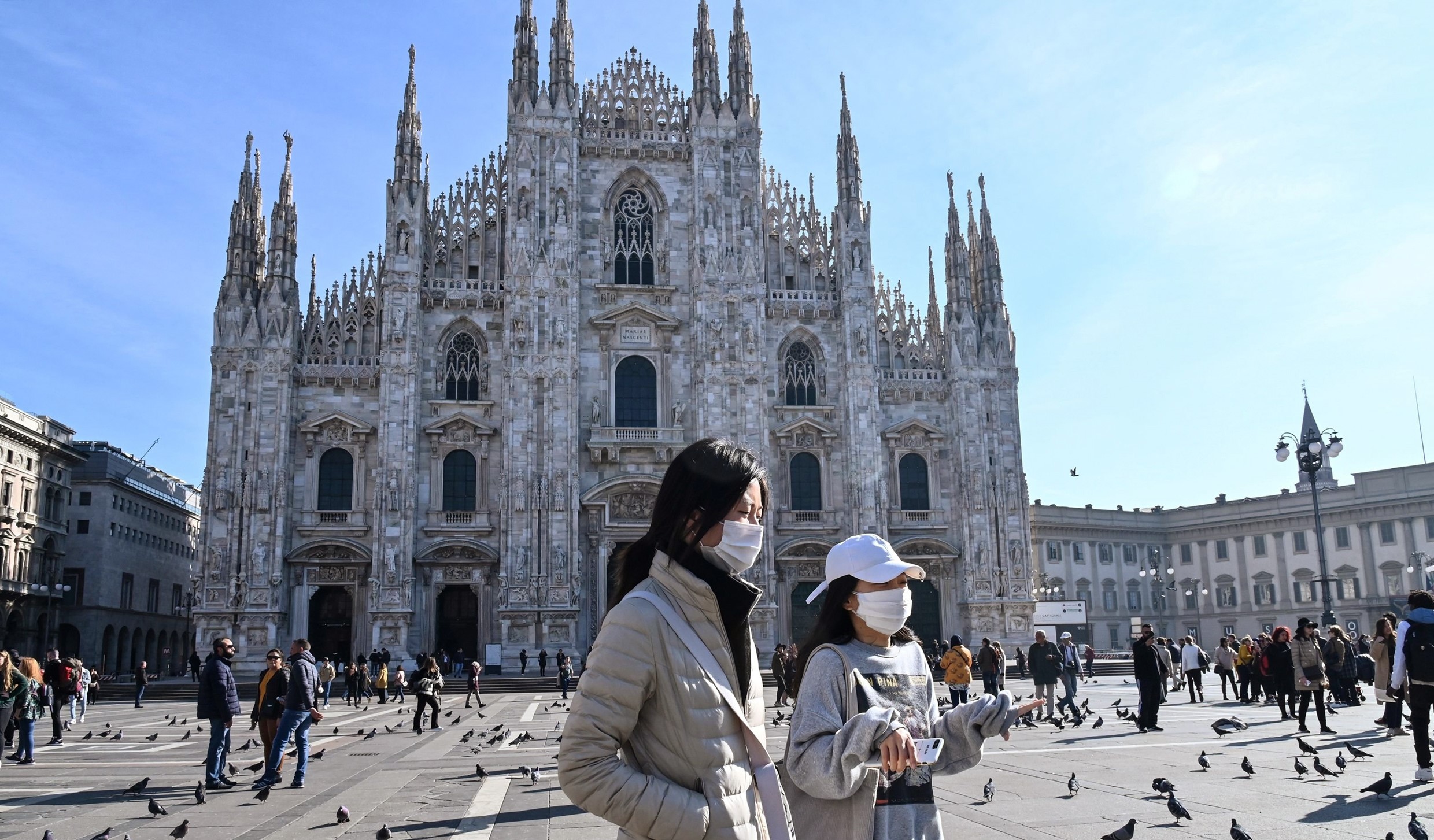 US stock-index futures rose on Tuesday, as investors deemed risk-asset prices to be positioned at attractive levels, following Monday's massive selloff on Wall Street; the worst in more than two years.

The market's principal virus concern has yet to abate however, with confirmed cases around the world topping 80,200 and the death toll rising to more than 2,700, most of which centered around Wuhan.

Despite these figures, the World Health Organization said the disease hasn't yet evolved into a global pandemic, even with cases being found in Italy, Britain and the United States.

Ahead, in today’s economic calendar, Tuesday includes; Consumer Confidence data for February at 10am EST.

TODAY'S TOP HEADLINES
Coronavirus: Beijing ‘Getting It Under Control,’ Trump Says. (Bloomberg)
President Trump said Beijing was “getting it under control more and more” and Xi Jinping said China was confident of limiting the impact.

Mallinckrodt (MNK): [NEWS] Is finalizing a plan that would put its US generic drug business into bankruptcy, according to The Wall Street Journal. The move would help deal with liabilities stemming from the opioid crisis.

Palo Alto Networks (PANW): [EARNINGS] Reported quarterly earnings of $1.19 per share, 7 cents a share above estimates. The cybersecurity company’s revenue was well below Wall Street forecasts, however, and Palo Alto issued lower-than-expected guidance for the current quarter and the full year citing the impact of sales incentives.

Shake Shack (SHAK): [EARNINGS] Reported quarterly profit of 6 cents per share, compared to expectations of a 1 cent per share loss. The restaurant chain’s revenue missed forecasts, however, and same-restaurant sales fell by a larger-than-expected 3.6% during the quarter.

HP Inc. (HPQ): [EARNINGS] Came in 11 cents a share ahead of estimates, with quarterly earnings of 65 cents per share. The computer and printer maker’s revenue was also slightly above Street projections. HP pledged to return $16 billion to shareholders in a bid to stave offer a hostile takeover bid from Xerox (XRX).

Hertz Global (HTZ): [EARNINGS] Lost 24 cents per share for its latest quarter, 3 cents a share less than analysts had been expecting. The car rental company’s revenue was essentially in line with forecasts.

Moderna (MRNA): [NEWS] Announced it had shipped a coronavirus vaccine to US government researchers for study, with the first clinical trial expected by the end of April.

Tupperware (TUP): [NEWS] Warned of a shortfall in its full-year 2019 earnings, which will not be out today as originally scheduled. Tupperware said it was probing its accounting for results in its Fuller Mexico unit. It also said participating banks have granted relief from a covenant in a $650 million credit agreement which might have resulted in potential acceleration of required payback.

Intuit (INTU): [EARNINGS] Reported quarterly profit of $1.16 per share, 14 cents a share above estimates. The financial software maker also reported better-than-expected revenue and Intuit announced the acquisition of credit monitoring service Credit Karma for about $7.1 billion in cash and stock.

Macy’s (M): [EARNINGS] Reported quarterly earnings of $2.12 per share, 16 cents a share above estimates. Revenue also came in above forecasts. Same-store sales on an owned plus licensed basis fell 0.5%, a smaller drop than the 0.9% that analysts were expecting.

Tesla (TSLA): [DOWNGRADE] Downgraded to “hold” from “buy” at Jefferies, although it did raise its price target on the automaker’s stock to $800 from the prior $600. Jefferies said it needs a clearer view of potential profitability, particularly in the battery business.

Expedia (EXPE): [NEWS] Will cut 3,000 jobs, or about 12% of its workforce, as the travel website operator streamlines its business.
General Electric (GE): [NEWS] Cut about 78,000 employees last year, according to its newly issued annual report, leaving it with about 205,000 workers at the end of 2019. That drops employee levels at GE to 1951 levels.

Tenet Healthcare (THC): [EARNINGS] Earned an adjusted 99 cents per share for its fourth quarter, beating estimates by a penny a share. The hospital operator’s revenue also beat forecasts, with same-hospital admissions up 2.6%.

United Airlines (UAL): [NEWS] Withdrew its full-year 2020 forecast, pointing to the ongoing impact of the coronavirus on travel. The airline also said that near-term demand for travel to China amid the outbreak had virtually disappeared.

JPMorgan Chase (JPM): [NEWS] Is expected to leave its financial targets unchanged at today’s annual investor day, according to analysts quoted by Reuters.