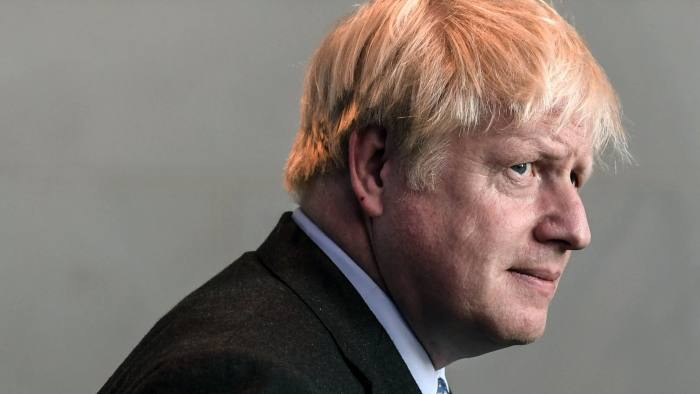 US equity futures traded higher on Tuesday, amid optimism over signs of a slowing pandemic, as pressure on healthcare systems continued to decrease across several major regions worldwide.

Authorities continue to warn that coronavirus infections are likely to peak in the days ahead within both the US and the UK. Meanwhile, other hard-hit countries including Italy and Spain have reported a slowdown in new infections following strict containment measures.

Ahead, in today's economic calendar, Tuesday includes; the Job Openings and Labor Turnover Survey for February at 10am EST.

Exxon Mobil (XOM): [NEWS] Said it was cutting 2020 capital expenditures by 30% and cash operating expenses by 15%, with the moves designed to put it in the strongest possible position when the energy markets improve.

3M (MMM): [NEWS] Will produce nearly 167 million medical masks for the government over the next three months, as the company and the White House resolve last week’s dispute over 3M’s efforts to ramp up production of medical supplies.

AT&T (T): [NEWS] Issued a financial update to incorporate the impact of the coronavirus outbreak, saying it had a strong cash position and balance sheet as well as attractive liquidity levels. It also announced plans to continue paying quarterly dividends to shareholders.

Wells Fargo (WFC): [NEWS] Reduced its portfolio of mortgage products offered to consumers, according to a memo seen by Reuters. The bank is trying to stay under a $1.95 trillion balance-sheet cap imposed by regulators, an effort that has become more difficult amid the coronavirus outbreak and the loan programs announced by the government.

Boeing (BA): [NEWS] Is temporarily suspending production of its 787 jet at its South Carolina plant, following a coronavirus-related stay-at-home order issued by the state’s governor.

Beazer Homes (BZH): [NEWS] Reported a 3.9% increase in net new orders for its most recent quarter but noted a significant slowdown in customer traffic and sales amid the coronavirus outbreak. The home builder also said it is taking steps to boost liquidity as it deals with the impact of COVID-19.

Lowe’s (LOW): [UPGRADE] Upgraded to “buy” from “hold” at Loop Capital, which cited several factors, including valuation and the fact that Lowe’s is one of the few retail operations currently open in the U.S.

Kraft Heinz (KHC): [NEWS] Said it expected a rise in first-quarter sales, as demand for its food products jumps among consumers staying at home during the virus outbreak. Analysts had been expecting a sales decline.

Activision Blizzard (ATVI), Take-Two Interactive (TTWO): [RATING] Both rated “overweight” in new coverage at Wells Fargo Securities. The firm points to an overall secular growth trend in the industry, as well as the strength of franchises like Take-Two’s “Grand Theft Auto” and “NBA 2K” and Activision’s “Call of Duty” and “Candy Crush.”

Shopify (SHOP): [DOWNGRADE] Raymond James downgraded the e-commerce platform company’s stock to “market perform” from “outperform,” based on an expectation of near-term headwinds and the fact that the company’s withdrawal of 2020 guidance points to a slowdown in demand.

Slack Technologies (WORK): [NEWS] Increased the size of its planned convertible debt offering to $750 million from its originally planned $600 million. The debt is due in 2025 and can be converted to cash, stock, or a combination of the two. The offering has an interest rate of 0.5%.