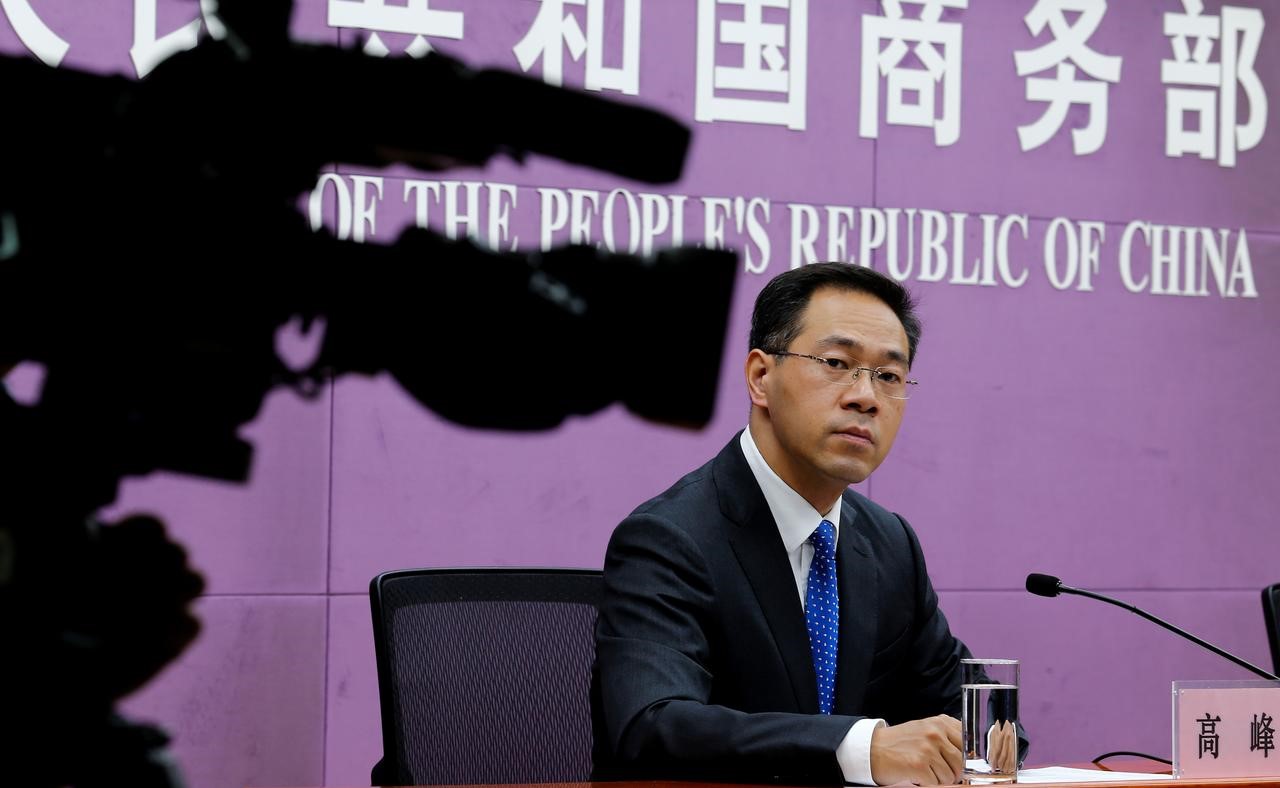 US equity-index futures pointed to a higher open on Thursday, as a proverbial ping-pong match of trade news saw investors weigh in on the prospects of America removing a scheduled tariff hike on Chinese imports in 10 days.

Market participants are focused on whether the “phase-one” trade deal can come together in time to end to the many-months-long trade war; a result which has largely been priced into various asset classes.

Chinese officials are in “close contact” with US counterparts on trade negotiations, Ministry of Commerce spokesman Gao Feng said earlier today, while reiterating that tariffs should be reduced proportionately as part of a phase-one accord.

The previous day, President Trump said the talks were going “very well”, prompting speculation that he may not follow through on his suggestion to delay an agreement until late next year.

These developments came after Wednesday’s session, where reports that China and the US could be close to a trade deal breathed new life into risk assets.

The S&P 500 closed +0.62% higher, after losing a cumulative -1.50% in the prior two days amid heightened trade tensions globally.

The Nasdaq Composite advanced +0.51%, while the Dow Jones Industrial Average regained +0.56% of its value.

Ahead, today’s economic calendar includes; the latest Weekly Jobless Claims and International Trade figures for October at 8:30am EST, followed shortly after by Factory Orders for October at 10am EST.

Signet Jewelers (SIG): [EARNINGS] Lost 76 cents per share for its third quarter, smaller than the loss of $1.08 per share that Wall Street was anticipating. Revenue beat estimates, and comparable-store sales were up 2.1%. Analysts surveyed by Refinitiv had expected a 1.3% drop in comparable sales. Signet issued current-quarter earnings forecast that was largely below estimates, however.

Michaels Companies (MIK): [EARNINGS] Missed estimates by 9 cents a share, with quarterly profit of 40 cents per share. Revenue also came in below forecasts. Comparable sales were down 2.2% compared to expectations of a 0.3% increase. Michaels also forecast current-quarter profit below current consensus. Michaels said its results did not meet its own expectations and were impacted by issues that it is addressing.

Five Below (FIVE): [EARNINGS] Reported quarterly profit of 18 cents per share, a penny a share above estimates. The discount retailer’s revenue also came in above Wall Street forecasts, however the company gave a current-quarter sales outlook below analysts’ forecasts.

Express (EXPR): [EARNINGS] Posted an adjusted third-quarter loss of 3 cents per share, smaller than the 9 cents a share loss expected by analysts. Revenue was above estimates, and a comparable-store sales decline of 5% was less than the 6.3% drop expected by analysts surveyed by Refinitiv.

Chewy (CHWY): [UPGRADE] Upgraded to “overweight” from “equal-weight” at Morgan Stanley, which thinks the stock has an attractive entry point after a 24% pullback. The firm said it likes Chewy’s position as the No. 1 online pet products seller in a market experiencing secular growth.

Dollar General (DG): [EARNINGS] Beat estimates by 4 cents a share, with quarterly profit of $1.42 per share. Revenue also beat estimates. Comparable-store sales were up 4.6%, compared to the 3.3% estimate of analysts surveyed by Refinitiv. The company also raised its full-year forecast and added $1 billion to its share repurchase program.

Nike (NKE): [UPGRADE] Upgraded to “buy” from “neutral” at Goldman Sachs and added to the firm’s “Conviction Buy” list. Goldman believes Nike is on the verge of a sharp acceleration in earnings growth, with China being a key driver.

RH (RH): [EARNINGS] Reported quarterly earnings of $2.79 per share, beating the consensus estimate of $2.23 a share. The Restoration Hardware parent’s revenue came in slightly above forecasts and the company said tariffs on imports from China would not impact its financial targets.

DexCom (DXCM): [NEWS] Said it had resolved a technology issue, which caused a data-sharing service for its diabetes devices to crash this past weekend. The glitch prevented the transmission of patient blood sugar levels from DexCom’s glucose monitors to caregivers.

Apple (AAPL): [REVIEW] Citi reiterated its “buy” recommendation on Apple and raised its price target on the stock by 20%, to $300 share from $250 a share. Citi expects sales and earnings to increase more than the Street generally expects, and thinks the demand for the Apple Watch and AirPods is underappreciated.

Tiffany (TIF): [EARNINGS] Earned 65 cents per share for its latest quarter, 20 cents a share below estimates. Revenue also missed forecasts. Comparable sales were flat, compared to expectations of a 1.4% increase. The company said results were hit particularly hard by the unrest in the Hong Kong market. Tiffany recently agreed to a $16.2 billion takeover by France’s LVMH.

Amazon.com (AMZN): [NEWS] The Federal Trade Commission has broadened its scrutiny of Amazon to include its cloud-computing business, according to a Bloomberg report.

H&R Block (HRB): [EARNINGS] Reported a quarterly loss of 93 cents per share, a penny a share wider than expected. The tax preparation company’s revenue also came in slightly below estimates. H&R Block traditionally makes most of its money in its fiscal fourth quarter, which occurs during tax season.

Fiat Chrysler (FCAU): [NEWS] Is in a dispute with Italy’s tax authority, which said the automaker had underestimated the value of its US business following its acquisition of Chrysler. The company said it strongly disagrees with the assessment, which could result in a $1.5 billion bill for back taxes.

Howard Hughes (HHC): [NEWS] Activist investor Bill Ackman has raised Pershing Square’s stake in the real estate company to 14.8% from the prior 12.6%. Ackman is currently chairman of the company’s board of directors.

ViacomCBS (VIACA, VIAC): [NEWS] ViacomCBS begins trading today on the Nasdaq after the merger of Viacom and CBS was officially completed Wednesday.