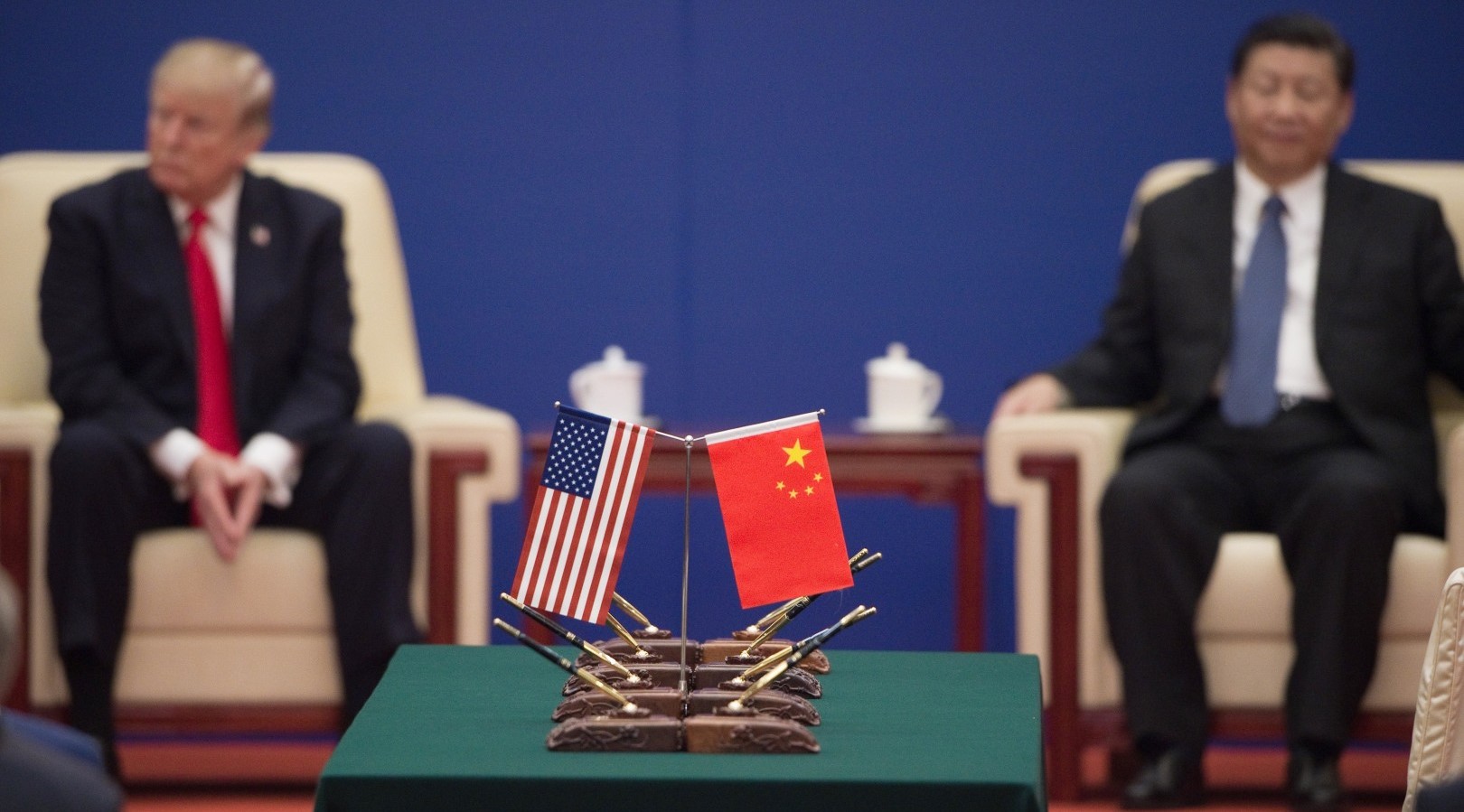 Stocks climbed overnight, in Europe and Asia, alongside S&P 500 futures, following reports that Beijing and Washington had agreed to lift existing tariffs; signaling that trade negotiations are progressing.

Chinese government spokesman, Gao Feng, announced on Thursday that; "In the past two weeks, top negotiators had serious, constructive discussions and agreed to remove the additional tariffs in phases as progress is made on the agreement.”

If the US and China “reach a phase-one deal, both sides should roll back existing additional tariffs in the same proportion simultaneously based on the content of the agreement” Gao added.

These reports helped counter yesterday’s indications of negotiation impasses, after a report from Reuters said that a meeting between Trump and Jinping may be delayed until December, as the two sides couldn’t agree on a venue at which to sign "phase one" trade pact.

The session saw the S&P 500 end flat, up +0.02%, after clawing back midday losses to approach its record high set on Monday.

The Dow Jones and Nasdaq Composite recorded similar performance ending down -0.00% and -0.22%, respectively.

Ahead, in today’s economic calendar, Thursday includes; Weekly Jobless Claims at 8:30am EST.

TODAY'S TOP HEADLINES
China & Trade: China Says US Agrees to Tariff Rollback If Deal Reached. (Bloomberg)
China and the US have agreed to roll back tariffs on each other’s goods in phases as they work toward a deal between the two sides, a Ministry of Commerce spokesman said.

UK & Economics: Sterling Falls After Bank of England Split on Interest Rate Cut. (CNBC)
The Bank of England (BOE) held interest rates steady on Thursday, opting not to adjust borrowing costs in the world’s fifth-largest economy ahead of a snap election.

Roku (ROKU): [EARNINGS] Lost 22 cents per share for the third quarter, 6 cents a share smaller than anticipated. The video streaming device maker’s revenue came in above estimates. The shares are coming under pressure, however, as losses widened from a year earlier and Roku spent more on acquiring new subscribers.

Expedia (EXPE): [EARNINGS] Fell 42 cents a share shy of consensus estimates, with quarterly profit of $3.38 per share. The travel website operator’s revenue was slightly below estimates as well. Expedia also saw other key metrics fall short of analyst forecasts, and it also cut its full-year guidance.

Qualcomm (QCOM): [EARNINGS] Reported quarterly profit of 78 cents per share, 7 cents a share above estimates. Revenue also topped forecasts. Its results were boosted by its licensing operation, most notably from its licensing deal with Apple (AAPL).

TripAdvisor (TRIP): [EARNINGS] Missed estimates by 11 cents a share, with adjusted quarterly earnings of 58 cents per share. Revenue came in below estimates as well. The company said the quarter was more difficult than it anticipated, and that it would undergo a cost structure evaluation. The online travel company also declared a special cash dividend of $3.50 per share.

Party City (PRTY): [EARNINGS] Lost 28 cents per share for its latest quarter, compared to forecasts of a breakeven performance. Revenue was below forecasts as well, with the party supplies retailer calling its quarter “disappointing” and saying that many tailwinds that it had expected failed to materialize.

AmerisourceBergen (ABC): [EARNINGS] Beat estimates by 3 cents a share, with quarterly profit of $1.61 per share. Revenue beat estimates as well. The company took a $50.9 million charge related to the recent opioid settlement with two Ohio counties.

Nielsen (NLSN): [NEWS] Announced plans to separate into two public companies, through a spin-off of its Global Connect Business. James Kenny will serve as CEO of the Global Media business, while a search is underway for a chief executive for the new company.

Norwegian Cruise Line (NCLH): [EARNINGS] Beat estimates by 7 cents a share, with adjusted quarterly profit of $2.23 per share. Revenue beat estimates as well. Norwegian said it had a solid quarter despite the impact of Hurricane Dorian, and that it is on track to achieve prior financial goals for 2020.

Square (SQ): [EARNINGS] Came in 5 cents a share above estimates, with adjusted quarterly earnings of 25 cents per share. Revenue also came in above estimates, helped by growth in its subscription and services business.

HP Inc. (HPQ): [NEWS] Said it had held talks with Xerox (XRX) about a “potential business combination,” following reports that Xerox was mulling a cash-and-stock offer to acquire the computer and printer maker. HP said it was confident in its ongoing strategy and would do whatever was in the best interests of its shareholders.

Dish Network (DISH): [EARNINGS] Reported quarterly earnings of 66 cents per share, 5 cents a share above estimates. Revenue was also above forecasts. The satellite TV company unexpectedly added 148,000 subscribers during the quarter, compared to analyst forecasts of a decline.

Boeing (BA): [NEWS] Said US and European regulators want documentation for its proposed 737 Max software fix revised. That could delay the grounded jet’s return to service.

Teva Pharmaceutical (TEVA): [EARNINGS] Fell a penny a share shy of estimates, with adjusted quarterly earnings of 58 cents per share. Revenue was above forecasts. Teva lifted the lower end of its full-year revenue and profit forecast.

Kontoor Brands (KTB): [EARNINGS] Earned an adjusted 95 cents per share for its latest quarter, 6 cents a share better than estimates. Revenue fell below analysts’ forecasts. Kontoor said it was seeing the benefits of prior cost-cutting and restructuring initiatives.

McDonald’s (MCD): [NEWS] CEO Chris Kempczinski bought about $500,000 in company shares, according to a Securities and Exchange Commission filing. Kempczinski had not owned any McDonald’s shares prior to being appointed CEO this past weekend.