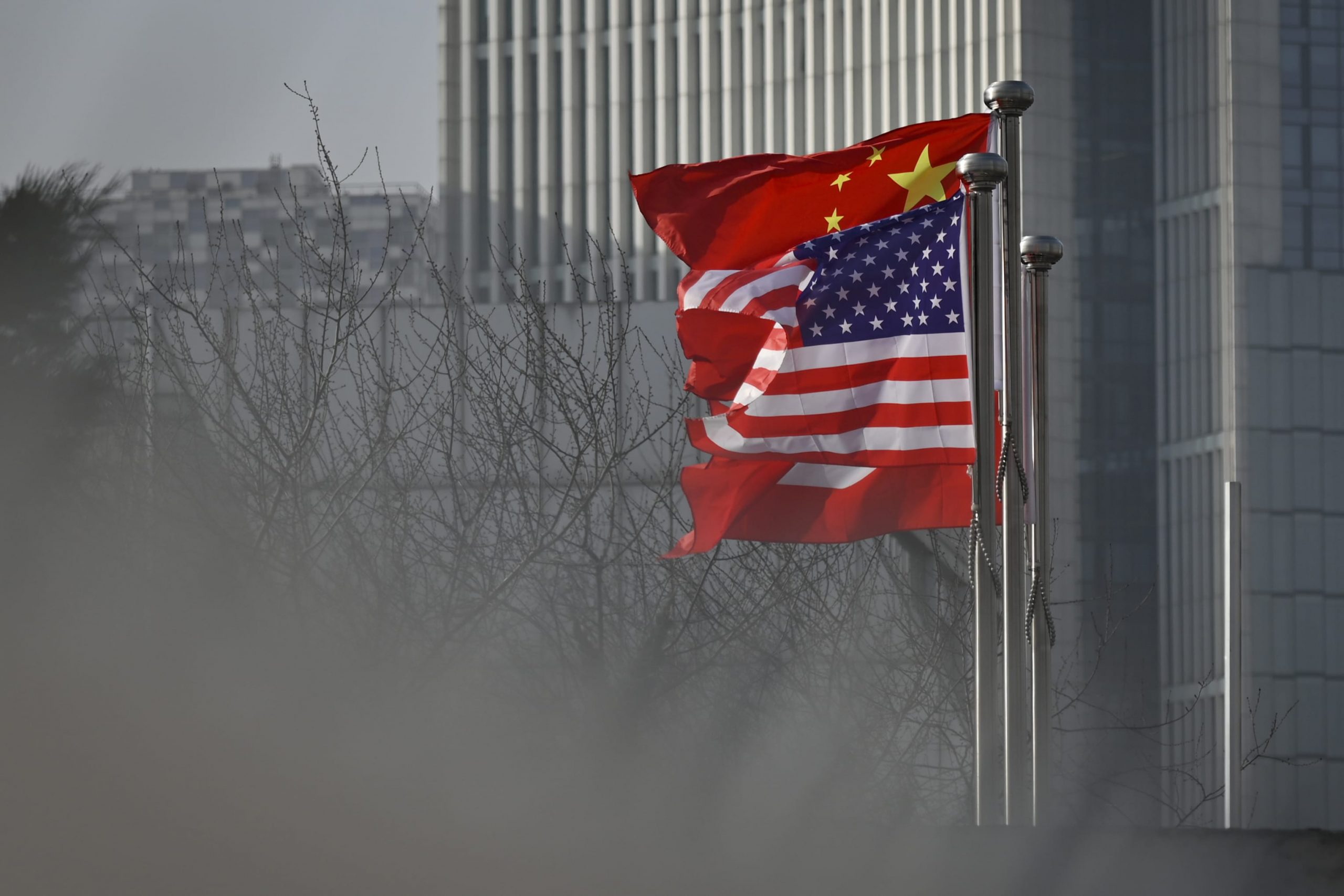 Futures tied to the S&P 500 were flat on Wednesday, after a diplomatic flare-up between the US and China added to a list of potential risks.

Treasuries edged higher and the dollar briefly rose on news that the US had instructed China to close its consulate in Houston; which raises the threat of an escalation in tensions between the economic superpowers.

In response, a Chinese Foreign Ministry spokesman said the move was initiated by the US and China would "react with firm countermeasures” if Washington didn't “revoke this erroneous decision”.

Meanwhile, in a resumption of his daily virus briefings Tuesday, Trump told the nation that the pandemic will "get worse before it gets better".

Further contributing to today’s mood; Senate Leader, Mitch McConnell, said that Congress is unlikely to pass a new stimulus bill quickly, with the White House and Senate Republicans struggling to bridge divisions between a payroll-tax cut, school funding and various other issues.

Ahead, today's economic calendar includes; Existing Home Sales for June at 10am EST and Crude Oil Inventories at 10:30am EST.

TODAY'S TOP HEADLINES
Politics: China Vows Retaliation After US Shuts Down Houston Consulate. (Bloomberg)
China vowed retaliation after the US forced the closure of its Houston consulate, prompting stocks to fall in one of the biggest blows to diplomatic ties between the two countries in decades.

STOCKS IN THE SPOTLIGHT
Pre-Market Movers & News Related Stocks.
Pfizer (PFE): [NEWS] Pfizer and the government struck a deal in which the company would provide 100 million doses of a Covid-19 vaccine being developed with partner BioNTech (BNTX), with an option for the government to acquire an additional 500 million doses. The vaccine would be free for Americans.

Snap (SNAP): [EARNINGS] Matched Wall Street forecasts with a quarterly loss of 9 cents per share, while the Snapchat parent’s revenue beat estimates. Daily active users rose 17% compared to a year earlier, below Street forecasts, although average revenue per user was better than expected.

Best Buy (BBY): [NEWS] Said its overall sales are up about 15% since it began reopening its stores in mid-June. The electronics store chain’s online sales have more than tripled during the current quarter through July 18.

Biogen (BIIB): [EARNINGS] Reported quarterly earnings of $10.26 per share, compared to a consensus estimate of $8.03 a share. Revenue came in above estimates as well, helped by about $100 million in accelerated sales due to the Covid-19 pandemic. Biogen also slightly cut its 2020 full-year revenue outlook.

Capital One (COF): [EARNINGS] Reported quarterly earnings of $1.61 per share, smaller than forecasts of a $1.68 per share loss. Revenue was below Wall Street estimates. Capital One boosted its provision for credit losses to $4.25 billion from $1.34 billion in the year-earlier period, and saw its net interest margin fall to 5.78% from 6.8% a year ago.

Nasdaq (NDAQ): [EARNINGS] Earned $1.54 per share for its latest quarter, beating the consensus estimate of $1.45 a share. Revenue was above estimates as well. The exchange operator saw revenue increase across its various units, helped by record trading volume.

KeyCorp (KEY): [EARNINGS] Beat estimates by 9 cents a share, with quarterly earnings of 17 cents per share. Revenue beat Street forecasts as well. Earnings were down from a year ago as KeyCorp’s provision for credit losses rose, but the bank said its sequential quarterly revenue rose 17% due to strength in fees.

Macy’s (M), Kohl’s (KSS): [DOWNGRADE] UBS downgraded both retailers to “sell” from “neutral,” saying brands can no longer depend on malls or department stores to drive customer traffic. UBS also said the market does not fully appreciate how much Covid-19 will permanently disrupt the retail landscape.

Texas Instruments (TXN): [EARNINGS] Beat estimates by 60 cents a share, with quarterly earnings of $1.48 per share. The chipmaker’s revenue was also above forecasts. Texas Instruments forecast better-than-expected revenue for the current quarter, as demand for its wide array of chips rebounds from the effects of the pandemic.

United Airlines (UAL): [EARNINGS] Reported a quarterly loss of $9.31 per share, wider than the loss of $9.02 a share that analysts had been forecasting. Revenue was above estimates. United said it burned through about $40 million per day in cash, although it expects that number to drop to about $25 million this quarter.

Interactive Brokers (IBKR): [EARNINGS] Beat estimates by 9 cents a share, with quarterly profit of 40 cents per share. The company’s revenue came in well above Street forecasts, boosted in part by strong growth in trading volume and commission revenue.

iRobot (IRBT): [EARNINGS] Reported quarterly earnings of $1.06 per share, significantly higher than the 29 cents a share consensus estimate. Revenue was also above estimates. Consumers staying at home due to the pandemic helped fuel stronger sales of the company’s Roomba automatic vacuum cleaner. The company also raised its revenue forecast.

Intuitive Surgical (ISRG): [EARNINGS] More than doubled Wall Street forecasts with quarterly earnings of $1.11 per share, with the maker of surgical products also seeing much-better-than-expected revenue. Profit was, however, sharply lower compared to a year earlier as surgical procedures slowed during the pandemic.