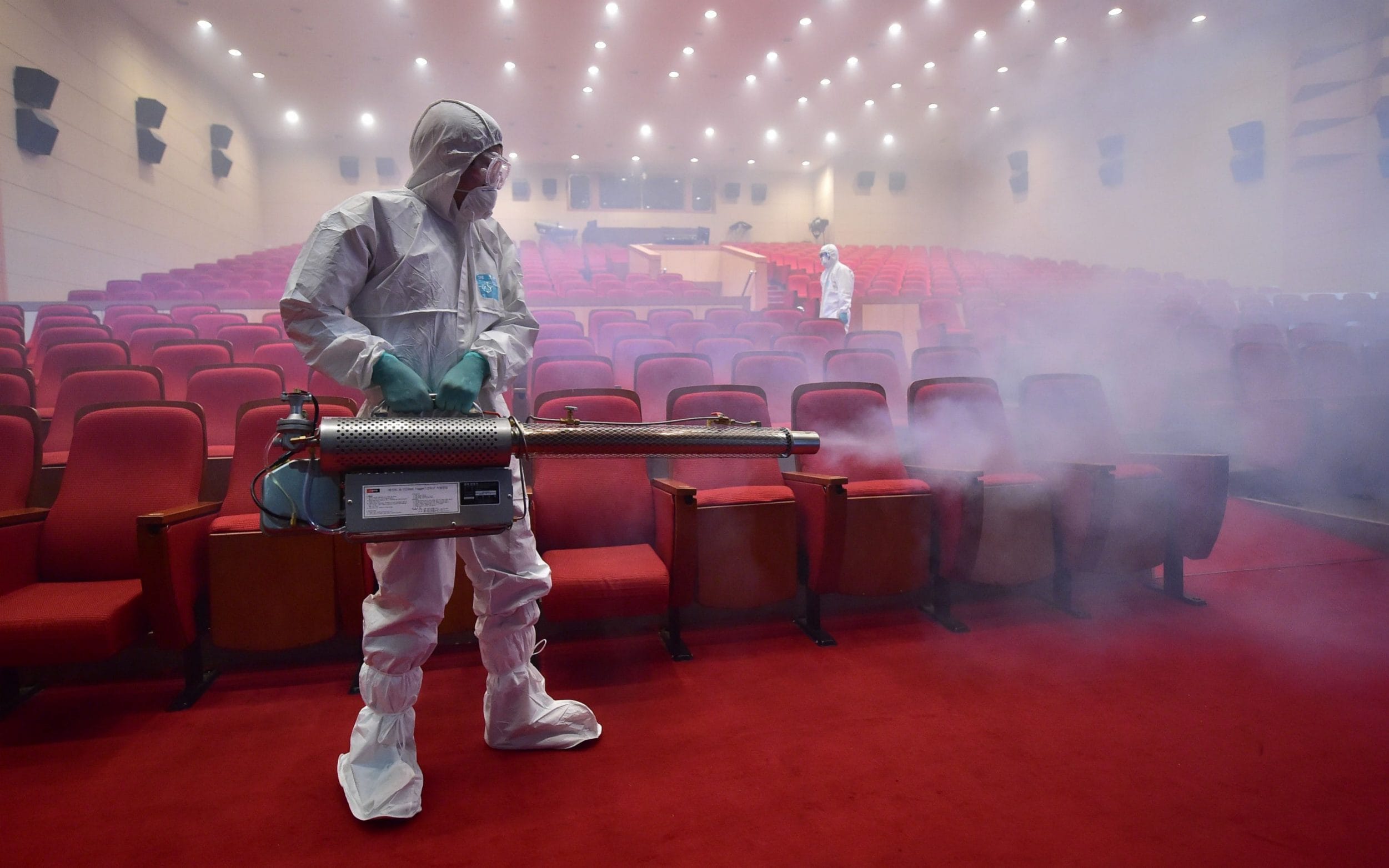 Stock futures were higher on Wednesday, while Asian shares traded mostly to the upside overnight, after signs emerged that China may be planning further measures to support its economy as it reels from a virus-induced slowdown.

China’s Ministry of Industry and Information Technology said the government would connect factories with technology companies to identify weak links in their supply chains.

The assistance is one of several steps that Beijing and local Chinese authorities have taken to limit the economic fallout of the coronavirus, which has now claimed more than 2,000 lives.

These measures look to further support the broader market following yesterday’s session, where the Nasdaq finished up +0.04%, even after Apple (AAPL: -1.83%) spooked investors by issuing a revenue warning due to the effects of the virus outbreak in China.

Ahead, investors will have an opportunity to review the minutes of the Federal Reserve’s most recent monetary-policy meeting for details on the outlook on interest rates as well as measures designed to ease strains in money markets at 2:00pm EST.

Before then, today’s economic calendar also includes; Building Permits and Housing Starts for January, as well as the Producer Price Index for January at 8:30am EST.

TODAY'S TOP HEADLINES
China: China Aims for Economic Boost. (Bloomberg)
China is considering further measures to shield its economy from the coronavirus outbreak that has now killed 2,010 and infected 75,286 people around the world.

Groupon (GRPN): [NEWS] Will stop selling merchandise by year-end, saying that market segment is “fiercely competitive” and in some cases “irrational.”

Tesla (TSLA): [REVIEW] Piper Sandler increased its price target for the automaker’s stock to $928 per share from $729, saying it expects the company to achieve the same success in energy generation and storage that it has in vehicles.

Blue Apron (APRN): [NEWS] Said it would explore strategic options, including a possible sale of the company or mergers with other meal kit providers. That news comes as Blue Apron posts a larger-than-expected fourth-quarter loss, with revenue falling short of forecasts as well.

Bed Bath & Beyond (BBBY): [NEWS] CEO Mark Tritton told reports that fixing the retailer’s store remains a focus as it invests $400 billion on store remodeling and supply chain upgrades, along with about $600 million in debt reduction and share buybacks.

La-Z-Boy (LZB): [EARNINGS] Beat estimates by 8 cents a share, with quarterly profit of 72 cents per share. The furniture maker’s sales fell short of Street forecasts, however.

Herbalife Nutrition (HLF): [EARNINGS] Reported quarterly earnings of 74 cents per share, beating the consensus estimate of 63 cents a share. The nutritional products company’s revenue essentially in line with forecasts. Herbalife warned the coronavirus would have a negative impact on future results, although it cannot reasonably estimate that impact as yet.

Garmin (GRMN): [EARNINGS] Reported quarterly earnings of $1.29 per share, beating the consensus estimate of $1.04 a share. Revenue was also above forecasts, boosted by growth in all of Garmin’s product categories. The company raised its quarterly dividend by 4 cents to 61 cents per share.

Boeing (BA): [NEWS] Said “foreign object debris” was found in some undelivered 737 Max jets. The company plans to inspect all undelivered aircraft and added that this issue will not impact the grounded jet’s return to service.

Ally Financial (ALLY): [BUYOUT] Will acquire privately held non-prime consumer lender CardWorks for $2.65 billion in cash and stock. The deal is expected to close during the third quarter.

Uber Technologies (UBER): [NEWS] Will shut down its office in downtown Los Angeles and cut about 80 jobs. Separately, Uber and food delivery rivals DoorDash and Postmates have discussed various merger combinations over the past year, according to the Wall Street Journal.

BHP Billiton (BHP): [EARNINGS & DIVIDEND] Posted a 29% increase in half-year profit, thanks to strong iron ore prices. The Australian mining company also increased its dividend to 65 cents per share, up from 55 cents a year ago.