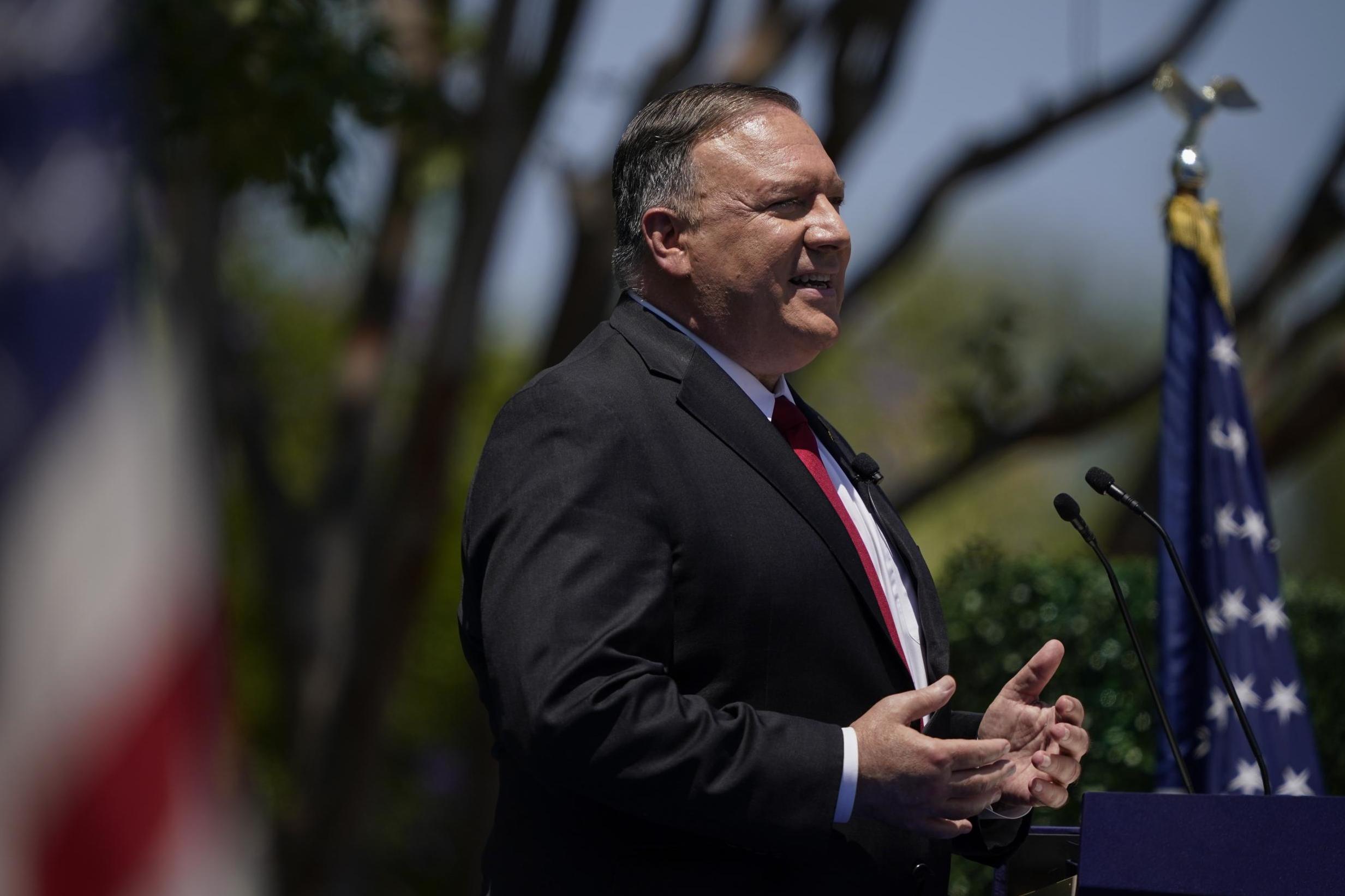 Global stock-indices declined overnight, amid rising political tensions between the US and China; a threat against the prospects for trade.

China, earlier today, ordered the closure of a US consulate in Chengdu, in a tit-for-tat retaliation against Washington’s decision to shut down a Chinese consulate in Houston earlier this week.

The closures mark deterioration of relations between the two nations, which have clashed over trade, technology, the virus and influence.

Adding to tensions, Secretary of State, Mike Pompeo, on Thursday called on the Chinese people to alter the ruling Communist Party’s direction, though stopped shy of explicitly calling for regime change.

President Trump told reporters yesterday that the trade deal with China signed in January “means less to me now than it did when I made it”.

Ahead, in today's economic calendar, Friday includes; Manufacturing and Services PMI figures for July at 9:45am EST, followed by New Home Sales data for June at 10am EST.

TODAY'S TOP HEADLINES
Politics: China Orders US To Close Chengdu Consulate. (The WSJ)
As a deadline neared for China to vacate its Consulate in Houston, Beijing struck back with the latest in a series of near-daily blows in the downward spiral of the US-China relationship.

STOCKS IN THE SPOTLIGHT
Pre-Market Movers & News Related Stocks.
Intel (INTC): [EARNINGS] Reported quarterly earnings of $1.23 per share, 12 cents a share above estimates. The chipmaker’s revenue was above forecasts as well. Intel signaled further delays in a new generation of superfast chips, weighing on its stock and boosting that of rival Advanced Micro Devices (AMD), which already has a “7nm” chip on the market.

Skechers (SKX): [EARNINGS] Lost 44 cents per share for its latest quarter, smaller than the 66 cents a share loss that analysts had been expecting. The shoe maker’s revenue also came in ahead of estimates, even though CEO Robert Greenberg said like most businesses, the company had “never faced a more challenging time.”

Mattel (MAT): [EARNINGS] Lost 26 cents per share for its latest quarter, smaller than the 34 cents a share loss that Wall Street was expecting. Revenue was also better than expected, with retail sales of Mattel’s flagship Barbie brand up 35%.

Walt Disney (DIS): [NEWS] Again delayed the release of its “Mulan” movie, while also pushing back new installments of “Star Wars” and “Avatar.” At the same time, the Paramount unit of ViacomCBS (VIAC) pushed back the release date of its “Top Gun” sequel, “Top Gun: Maverick.”

Boston Beer (SAM): [EARNINGS] More than doubled the consensus estimate of $2.43 per share, with quarterly earnings of $4.88 per share for the second quarter. The Sam Adams beer maker’s revenue topped forecasts as well, helped by a surge in demand for home consumption of its products even as bars and restaurants were shut down.

American Express (AXP): [EARNINGS] Reported quarterly earnings of 29 cents per share, compared to estimates of an 11 cents per share loss. Revenue came in below estimates, however. The company said spending volumes hit a low point in April, followed by a gradual rebound in May and June.

Schlumberger (SLB): [EARNINGS] Reported a quarterly profit of 5 cents per share, compared with the consensus estimate of a penny a share loss. Revenue was in line with Wall Street expectations. As with others in the industry, major Schlumberger customers reduced their activity as oil prices slumped.

Edwards Lifesciences (EW): [EARNINGS] Doubled consensus estimates with quarterly earnings of 34 cents per share, while the medical products maker’s revenue was also well above Wall Street forecasts. Sales were initially depressed during the quarter due to focus on the pandemic, but Edwards said procedure volumes did improve during May and June.

Honeywell (HON): [EARNINGS] Beat estimates by 5 cents a share, with quarterly earnings of $1.26 per share. Revenue was above estimates as well. The industrial conglomerate said it will face ongoing sales challenges in certain segments due to the pandemic, including aerospace and oil and gas.

Goldman Sachs (GS): Reached a $3.9 billion settlement with Malaysia in the 1MDB case, in which Goldman had been accused of misleading investors during bond sales to raise money for the sovereign investment fund.

E*Trade (ETFC): [EARNINGS] Came in 12 cents a share above estimates, with quarterly earnings of 88 cents per share. The online brokerage’s revenue was above estimates as well, helped by heavier trading during a period of stock market volatility.