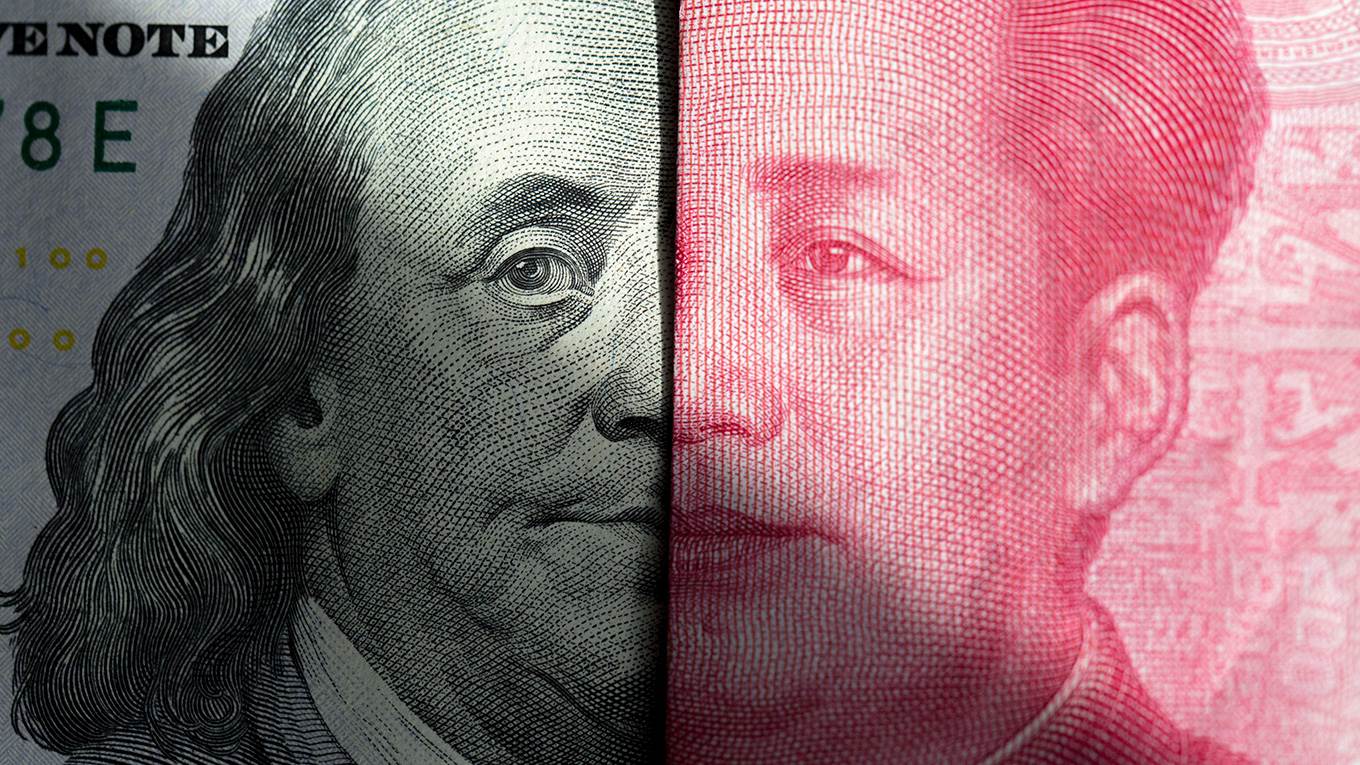 Global stocks were mixed while the dollar weakened this morning, following reports that China doubts the possibility of a comprehensive trade deal with US President, Donald Trump.

The change in sentiment came amid new questioning over a long-term trade deal between the world’s two leading economies.

Bloomberg reported that Chinese officials have warned that they won't budge on their key priorities, adding that they are concerned over Donald Trump’s impulsive decision making and the risk he may back out of the limited "phase one" accord.

Furthermore, the prospect of a mini-deal between the two countries was met with additional complications yesterday, after Chile canceled a meeting where the nations intended to sign a partial pact.

Chinese state-run media agency, Xinhua, reported that negotiators from both sides will have a phone call on Friday.

These developments come just one day after a new Wall Street record closing high, on Wednesday, where the Federal Reserve cut interest rates for the third consecutive time this year, as expected.

Fed Chair, Jay Powell, indicated that an uncertain economic outlook justified yesterday's monetary easing, adding; the possibility of a US-China trade deal and fading prospect of a no-deal Brexit could increase business confidence, raising the possibility of a pause in future cuts.

Ahead, in today’s economic calendar, Thursday includes; Weekly Jobless Claims and Personal Income and Outlays for September at 8:30am EST, followed by the Chicago PMI for October at 9:45am EST.

TODAY'S TOP HEADLINES
China & Trade: China Doubts Long-Term Trade Deal Possible With Trump. (Bloomberg)
Chinese officials are casting doubts about reaching a comprehensive long-term trade deal with the US even as the two sides get close to signing a “phase one” agreement.

Facebook (FB): [EARNINGS] Earned $2.12 per share for its latest quarter, compared to a consensus estimate of $1.91, with revenue also above Wall Street forecasts. Facebook’s average revenue per user came in at $7.26 during the quarter, higher than analysts had estimated.

Lyft (LYFT): [EARNINGS] Lost $1.57 per share for its latest quarter, smaller than the $1.66 that analysts were anticipating. The ride-hailing service’s revenue exceeded expectations, and Lyft said it anticipated reaching profitability in about two years.

Estee Lauder (EL): [EARNINGS] Reported adjusted quarterly earnings of $1.67 per share, 7 cents above estimates, with revenue also beating forecasts on strong results from the company’s skin care unit. However, it lowered its full-year outlook on anticipated softness in brick-and-mortar retail. Estee Lauder also raised its quarterly dividend by 12 percent to 48 cents per share.

Cigna (CI): [EARNINGS] Beat estimates by 18 cents with adjusted quarterly profit of $4.54 per share, while revenue also came in above Wall Street forecasts. Cigna said it saw strength across all its business lines during the quarter.

Altria (MO): [EARNINGS] Beat estimates by 4 cents with adjusted quarterly profit of $1.19 per share, 4 cents above estimates, with revenue also beating forecasts. Altria also took a $4.5 billion writedown on its investment in e-cigarette maker Juul, on the possibility of further FDA actions as well as bans on e-cigarette products by various states and cities.

Twitter (TWTR): [NEWS] Will ban all political ads globally starting Nov. 22, amid growing concerns about the spread of false and misleading information.

Marathon Petroleum (MPC): [NEWS] Announced its intention to spin off its Speedway gasoline station chain into a separate, publicly traded company. Activist investor Elliott Management had been calling for a Speedway spin-off, among other moves to enhance shareholder value.

Clorox (CLX): [EARNINGS] Beat estimates by 5 cents with quarterly earnings of $1.59 per share, though revenue was slightly below forecasts. Clorox said it is still working through challenges in its bags and wraps efforts and its charcoal business, but it is growing volume and margins in three of its four business segments.

Dunkin’ Brands (DNKN): [EARNINGS] Earned an adjusted 90 cents per share for its latest quarter, 9 cents above estimates, although revenue was below forecasts. U.S. sales were helped by strong demand for Dunkin’s premium beverages like espresso and cold brew. Dunkin’ also raised its full year earnings forecast.