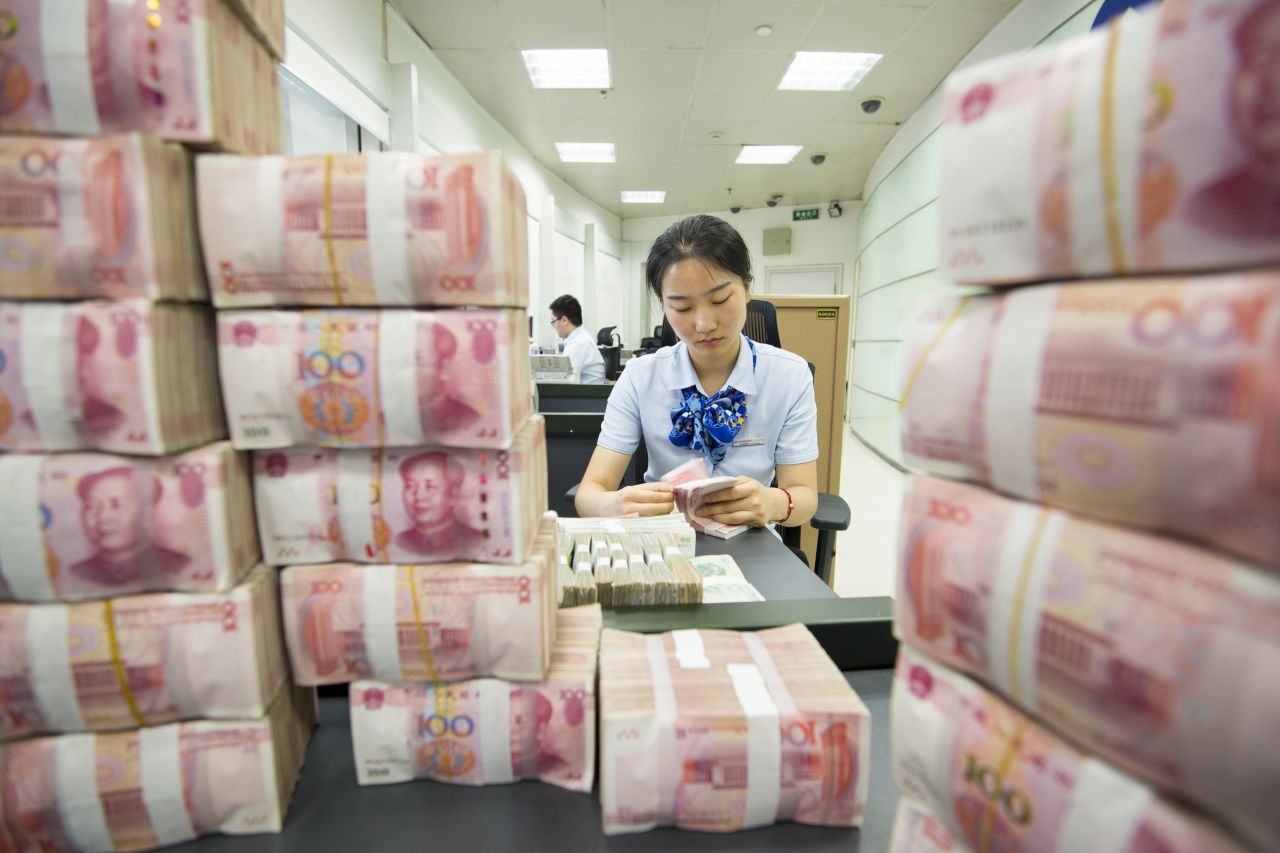 US stocks edged upwards on Tuesday; following yesterday’s hostile trade gyrations that swept from Asia, across Europe and then Wall Street, as investors reacted to a heavily depreciated Chinese yuan amid trade-war turmoil.

The US Treasury Department has since called the yuan’s decline deliberate on China’s part, and has dubbed the country a "manipulator", declaring in a statement that Beijing "has a long history of facilitating an undervalued currency through protracted, large-scale intervention in the foreign exchange market."

For its part, China had rejected the 'manipulator' allegations earlier this morning, insisting in a statement from the People's Bank of China that the yuan’s depreciation was decided by the market-based exchange rate system, not Beijing.

However, it came too late to avoid the 'manipulator designation' that could open the door to new penalties on top of the tariff hikes already imposed on Chinese goods by the US.

Yesterday’s initial reaction to China’s declining currency had seen US stocks register their biggest one-day drop of 2019, with the benchmark S&P 500 having sunk -3.01% lower, a two-month low, leaving it down -6% from its record high in July.

Meanwhile, the Dow Jones Industrial Average shed -2.91% off its value, and the Nasdaq Composite dropped -3.53%, their biggest respective falls since December 2018.

Ahead, in today’s economic calendar, Tuesday includes; the Job Openings and Labor Turnover Survey for June at 10am EST.

are amongst the major companies scheduled to report today.

TODAY'S TOP HEADLINES
China & Currency: China Acts to Limit Yuan Plunge. (Bloomberg)
China took steps to limit weakness in the yuan, providing some stability to global financial markets in the wake of Monday’s rout, and said it won’t depreciate the currency to be competitive.

Dean Foods (DF): [EARNINGS] Lost an adjusted 36 cents per share for its latest quarter, wider than the 13 cents a share loss expected by Wall Street. Revenue was also short of estimates, Dean pointed to dairy commodity inflation, volume pressure, and an accelerated decline in the white milk category as negative factors during the quarter.

Avis Budget (CAR): [EARNINGS] Came in 5 cents above estimates with adjusted quarterly profit of 79 cents per share. Revenue was slightly below Wall Street forecasts. The bottom line was helped by a reduction in expenses, as well as its partnerships with Lyft and Alphabet’s Waymo self-driving unit.

Edgewell Personal Care (EPC): [EARNINGS] Beat estimates by 16 cents a share, with adjusted quarterly profit of $1.11 per share. Revenue fell short of Street forecasts, however. The company also announced that after considering strategic alternatives, it has decided to retain its feminine care products unit, and said it still sees completing its acquisition of razor maker Harry’s no later than the first quarter of 2020.

Mallinckrodt (MNK): [EARNINGS] Reported adjusted quarterly profit of $2.53 per share, beating the consensus estimate of $2.08 a share. Revenue was above analysts’ estimates, and the company also raised its full-year earnings forecast. Separately, Mallinckrodt suspended the plan spin-off of its specialty generics unit due to market conditions.

Blackstone (BX): [NEWS] Is taking a 10% to 15% stake in private-equity firm BC Partners for about $560 million, according to The Wall Street Journal.

Allergan (AGN): [EARNINGS] Beat estimates by 3 cents a share, with adjusted quarterly profit of $4.38 per share. The drugmaker’s revenue beat forecasts as well, driven by strong sales of products like Botox and Juvéderm. Allergan also raised its full-year revenue forecast.