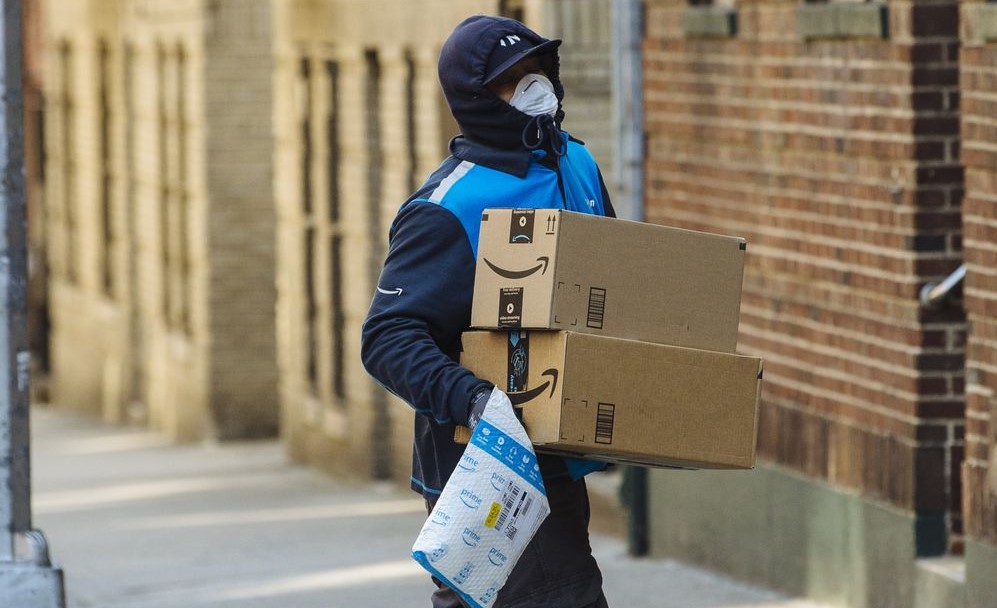 US stock futures slumped on Friday after Amazon.com (AMZN) and Apple (AAPL) reported earnings that highlighted the impact that the coronavirus pandemic is having on the world’s largest companies.

On Thursday, Amazon announced record revenue but disappointed on profits as coronavirus-related costs and higher wages raised expenses. Meanwhile, Apple held off on providing guidance for the first time since late 2003. Both companies had led markets higher in recent weeks.

Separately, sentiment took a hit from President Trump's suggestion of new tariffs on China over its handling of the coronavirus pandemic.

These developments look to extend upon yesterday's losses, where the S&P 500 fell -0.93%, after the total of unemployment benefits that had been applied for tallied to more than 30 million in just six weeks.

TODAY'S TOP HEADLINES
Coronavirus: Lockdowns Ease Across Asia as US States Roll Back Restrictions. (The WSJ)
States across the country took varying approaches to reopening. Retailers in Texas and Alabama are set to reopen with capacity restrictions on Friday. Parts of Asia moved closer to normalcy.

Amazon.com (AMZN): [EARNINGS] Earned $5.01 per share for its latest quarter, shy of the consensus estimate of $6.25 a share. Revenue beat estimates, but the online retail giant said it may post its first quarterly loss in five years for the current quarter, due to the billions it is spending in response to the coronavirus outbreak.

Apple (AAPL): [EARNINGS] Reported quarterly earnings of $2.55 per share, 29 cents a share above estimates. Revenue also came in above Wall Street forecasts. In the face of economic uncertainty, Apple withheld any current-quarter sales guidance for the first time since 2003. Apple raised its quarterly dividend by 6% to 82 cents per share and increased its stock buyback program.

Western Digital (WDC): [EARNINGS] Fell 8 cents shy of consensus estimates, with quarterly earnings of 85 cents per share. The disk drive maker’s revenue was also shy of estimates. The company said the coronavirus outbreak had hurt demand in several of its hard drive categories.

MGM Resorts (MGM): [EARNINGS] Lost 45 cents per share for its latest quarter, 10 cents a share more than Wall Street was expecting. The casino operator’s revenue also missed estimates. MGM said it planned to open two or three of its casinos in Las Vegas when the Strip is cleared to reopen.

United Airlines (UAL): [EARNINGS & NEWS] Posted a quarterly loss of $2.57 per share, smaller than the loss of $3.47 a share that analysts were anticipating. Revenue came in below estimates, but the company said it believes it’s positioned to bounce back strongly when air travel demand returns. Separately, United, along with rivals American Airlines (AAL) and Delta Air Lines (DAL), will require passengers to wear face coverings on flights.

Gilead Sciences (GILD): [EARNINGS] Earned $1.68 per share for the first quarter, 11 cents a share above estimates. The drug maker’s revenue beat forecasts as well. Gilead also said it will work with international partners to expand production of its drug remdesivir, seen as a potential Covid-19 treatment.

Exxon Mobil (XOM): [EARNINGS] Posted a GAAP loss of 14 cents per share, and a non-GAAP profit of 53 cents per share. The consensus estimate was for a breakeven quarter. The company announced a 30% cut in capital spending and will also reduce cash operating expenses by 15%.

Clorox (CLX): [EARNINGS] Earned $1.89 per share for its latest quarter, beating the $1.67 a share consensus estimate. Revenue came in above forecasts as well. Clorox saw its biggest sales increase in nearly a decade, helped by a surge in sales of disinfectants. The company also raised its full-year earnings forecast.

Boeing (BA): [NEWS] Raised $25 billion in a bond offering, the sixth-largest ever, and the jet maker said it would not have to receive government aid as a result.

Honeywell (HON): [EARNINGS] Reported quarterly earnings of $2.21 per share, beating the consensus estimate of $1.95 a share. Revenue missed Street forecasts, however. Honeywell suspended full-year guidance due to the coronavirus outbreak and said it expects sales challenges as long as current market conditions persist.

Chevron (CVX): [EARNINGS] Posted first-quarter profit of $1.93 per share, which included $660 million in one-time favorable items. Revenue beat forecasts. The consensus estimate had been 68 cents a share. Chevron said it is taking steps to preserve its dividend and to manage the current downturn responsibly, including a further cut in capital spending.

Colgate-Palmolive (CL): [EARNINGS] Beat estimates by a penny a share, with quarterly profit of 75 cents per share. Revenue came in above estimates as well, boosted by a nearly 9% jump in sales of its personal care products in North America.

Estee Lauder (EL): [EARNINGS] Came in 13 cents a share ahead of estimates, with quarterly earnings of 86 cents per share. The cosmetics maker’s revenue also was above Wall Street projections. The quarter’s sales fell nearly 11%, however, due to the closure of stores and salons amid the coronavirus outbreak.

Whirlpool (WHR): [EARNINGS] Came in 34 cents a share ahead of estimates, with quarterly profit of $2.82 per share. The appliance maker’s revenue was above forecasts as well. Whirlpool forecast a larger-than-expected double-digit decline in sales for this year as consumers put off buying some large appliances.

Amgen (AMGN): [EARNINGS] Reported quarterly earnings of $4.17 per share, compared to a consensus estimate of $3.76 a share. The biotech giant’s revenue also came in above estimates. Amgen said it was studying whether its drug Otezla can be used as a treatment for Covid-19.