Election Comes Down To A Few States | Divided Legislature 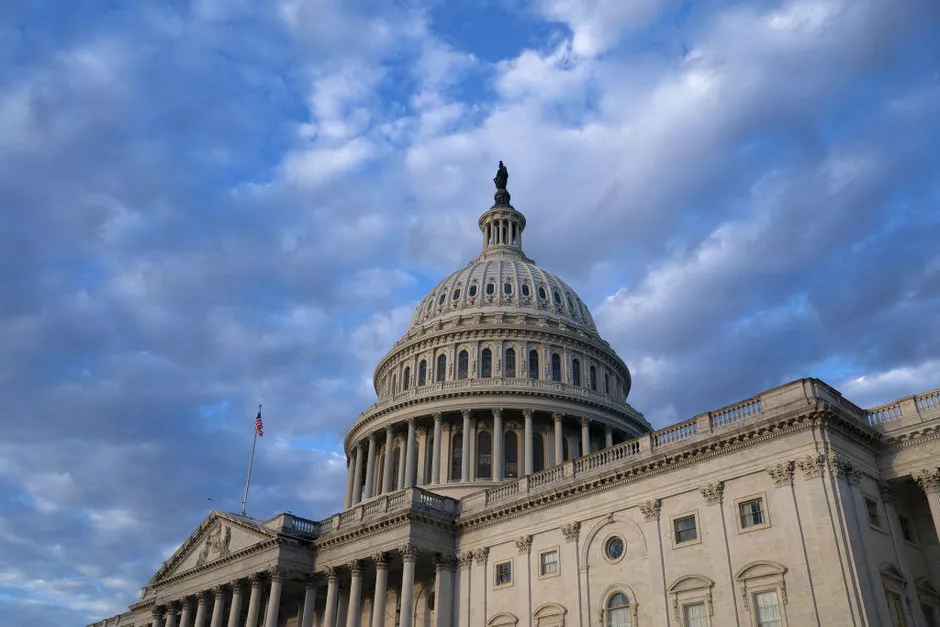 Futures tied to the S&P 500 looked to extend its post-election rally on Thursday, as the street continued to buy tech and health-care names.

Investors are banking on a split Congress which would keep President Trump’s tax policy unchanged and lighten tech-sector regulation.

Despite the divided legislature, market participants may see room for more aggressive action from the Federal Reserve to compensate for a
reduced likelihood of a substantially large economic stimulus package.

Ahead, today's economic calendar includes; an announcement from the Federal Reserve on interest rates at 2:00pm, to be followed by a press conference from Federal Reserve Chairman Jerome Powell at 2:30pm.

The calendar also includes Weekly Jobless Claims at 8:30am and third-quarter Productivity and Costs at 8:30am EST.

TODAY'S TOP HEADLINES
Politics: Election Comes Down To A Few States. (The WSJ)
Joe Biden racked up wins in Michigan and Wisconsin that put him within striking distance of the presidency. Vote counting continues.

STOCKS IN THE SPOTLIGHT
Pre-Market Movers & News Related Stocks.
Qualcomm (QCOM): [EARNINGS] Reported quarterly earnings of $1.45 per share, beating the consensus estimate of $1.17 a share. Revenue also came in above forecasts and the chipmaker gave an upbeat current-quarter forecast as Apple (AAPL) and other handset makers ramp up production of 5G phones that utilize Qualcomm chips.

General Motors (GM): [EARNINGS] Reported quarterly earnings of $2.83 per share, beating the consensus estimate of $1.38 a share, helped by strong demand for trucks and SUVs. Revenue was essentially in line with Street forecasts.

Expedia (EXPE): [EARNINGS] Reported a quarterly loss of 22 cents per share, compared to forecasts of a 79 cents per share loss. The travel services company’s revenue came in above estimates, even as travel demand continues to be impacted by the pandemic.

Amazon.com (AMZN): [NEWS] CEO Jeff Bezos sold more than $3 billion in Amazon shares in August, according to a Securities and Exchange Commission filing. Bezos has sold about $10.2 billion in shares this year, but still owns more than 53 million shares worth about $170 billion.

Match Group (MTCH): [EARNINGS] Reported better-than-expected earnings and revenue for the third quarter, as the pandemic helped boost the popularity of its dating services. Tinder, which is Match Group’s most widely-used app, saw subscriber numbers jump 16% from a year earlier.

Zynga (ZNGA): [EARNINGS] Lost 11 cents per share for its latest quarter, 2 cents a share smaller than analysts had anticipated. The mobile game maker’s revenue above forecasts. Active user numbers rose to record levels, with its games like “Words With Friends” gaining popularity amid the pandemic.

Canada Goose (GOOS): [EARNINGS] Earned 10 cents per share (Canadian) for its second quarter, compared to the consensus estimate of a 3 cents per share loss. Revenue was also above forecasts as online sales jumped and as the company saw strong demand in China for its parkas.

Apache (APA): [EARNINGS] Reported a smaller-than-expected loss for its latest quarter, with the oil producer also accelerating cost cuts. Apache also said capital spending this year would come in at the low end of its prior forecast.

Apple (AAPL): [NEWS] Is facing a shortage of power consumption chips for its new iPhone 12 line, according to people with knowledge of the matter who spoke to Bloomberg.

Becton Dickinson (BDX): [EARNINGS] Beat estimates by 27 cents a share, with quarterly profit of $2.79 per share. Revenue topped estimates as well. Results were boosted by a jump in sales of Covid-19 -related products like testing kits.

Barrick Gold (GOLD): [DIVIDEND] Increased its dividend by 12.5% after reporting quarterly profit that nearly tripled from a year earlier. Barrick benefited from a surge in gold prices during the quarter.

New York Times (NYT): [EARNINGS] Doubled estimates with quarterly earnings of 22 cents per share. Revenue was also above estimates, driven by an increase in digital subscriptions.

Merck (MRK): [NEWS] Is buying privately held drugmaker VelosBio for $2.75 billion in cash, in a move designed to boost its oncology treatment pipeline.

Regeneron (REGN): [EARNINGS] Earned $8.36 per share for its latest quarter, beating the $7.14 a share consensus estimate. The drugmaker’s revenue also came in above forecasts, boosted by improved sales of drugs like eye treatment Eylea and eczema drug Dupixent.

Cigna (CI): [EARNINGS] Came in 17 cents a share above estimates, with quarterly earnings of $4.41 per share. Revenue also came in above Wall Street forecasts, helped by higher sales in Cigna’s health services unit.