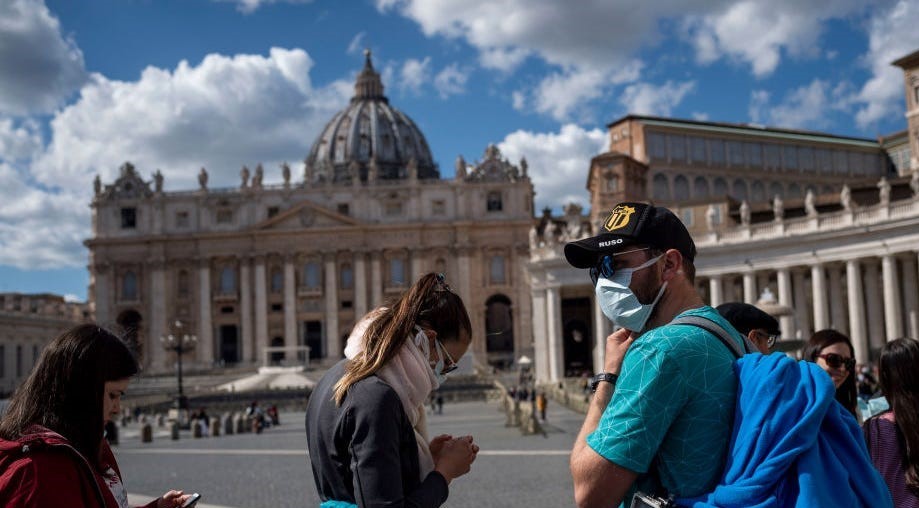 US stock futures rose on Wednesday, on optimism that economic activity is gathering steam, following reports that various authorities may offer more stimulus to bolster the globe's economic recovery.

Futures tied to the S&P 500 rose, suggesting that the gauge’s +1.23% rally on Tuesday may be extended after the New York opening bell.

Across the Atlantic, the Stoxx Europe 600 Index headed toward its third consecutive daily increase as the European Union put the final touches on its fiscal stimulus proposal; totalling close to $823 billion.

Trump is considering sanctions to punish China for its crackdown on Hong Kong; reports cited people familiar with the matter.

Tractor Supply (TSCO): [NEWS] Said it expected record-breaking sales and earnings for the current quarter, and that comparable-store sales for the farm supply company would grow by 20% to 25%. Tractor Supply shares are up 47% since nationwide lockdowns began in mid-March, the best gain of any retail stock in the S&P 500.

Boeing (BA): [NEWS] Plans to announce 2,500 voluntary layoffs this week, according to union officials. This would be the first phase of wider job cuts that Boeing has said will amount to about 10% of its workforce.

Papa John’s (PZZA): [NEWS] Said comparable-store sales jumped 33.5% in North America this month, and it plans to provide another monthly update for June.

Tesla (TSLA): [NEWS] Has cut vehicle prices in North America by as much as 6%, following a decline in auto demand since pandemic-related lockdowns began.

Twitter (TWTR): [NEWS] Has applied fact-checking notices to tweets by President Donald Trump for the first time, applying them to two tweets about alleged fraud related to mail-in ballots. Twitter had instituted a policy earlier this month saying it would apply fact-checking labels to topics subject to misinformation.

Sanofi (SNY): [NEWS] Will raise more than $11 billion from its sale of shares in U.S. partner Regeneron (REGN), selling 21.6 million shares at $515 per share. The French drugmaker could wind up raising $11.7 billion if underwriters exercise an option to buy 1.2 million addition Regeneron shares.

Amazon.com (AMZN): [NEWS] Is in advanced talks to buy Zoox, according to The Wall Street Journal. Zoox is a developer of technology for self-driving taxis that can be summoned by phone.

Walmart (WMT): [NEWS] Struck a deal with second-hand apparel seller ThredUp, allowing customers to browse ThredUp offerings on its website and get free shipping if they spend $35 or more.

Domino’s Pizza (DPZ): [NEWS] Said it has seen a rebound in demand during the first eight weeks of the current quarter, though growth in the U.S. has been much stronger than in international markets. Comparable-store sales in the U.S. increased by 14% between March 23 and May 17, but international sales were up by just 1% during that same period.