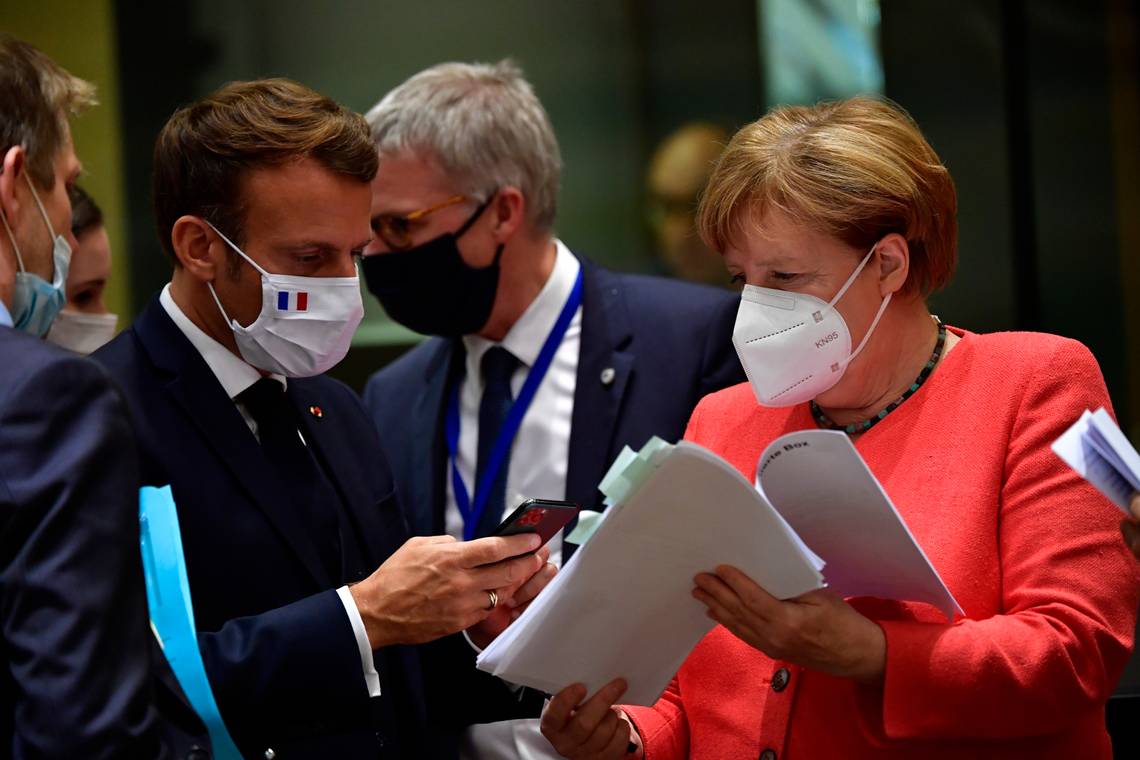 US stock futures advanced, while European stocks set a fresh four-month high this morning, after European leaders agreed on a €1.8 trillion ($2.1 trillion) budget for a landmark economic recovery plan.

The relief fund will be sent as loans and grants to the hardest-hit countries in the euro bloc. The pandemic has killed more 135,000 people within the 27 countries that make up the European Union.

These developments come after yesterday's session, where equities finished higher (SPY: +0.81%), led by seemingly unstoppable gains in tech companies such as Amazon.com (AMZN) and Microsoft (MSFT).

STOCKS IN THE SPOTLIGHT
Pre-Market Movers & News Related Stocks.
Coca-Cola (KO): [EARNINGS] Coca-Cola reported quarterly earnings of 42 cents per share, 2 cents a share above estimates. Revenue was in line with expectations. It was the 23rd time in 25 quarters that the company beat Wall Street forecasts, but a year-over-year revenue drop of 29% was the biggest going back to at least 1990, according to Refinitiv data.

Tapestry (TPR): [NEWS] Said CEO Jide Zeitlin stepped down for personal reasons. CFO Joanne Crevoiserat will serve as interim CEO while a search is conducted for a permanent replacement. Tapestry also said its fiscal fourth-quarter results exceeded internal expectations on both the top and bottom lines. Official fourth-quarter results for Tapestry are scheduled for release on Aug. 13.

Lockheed Martin (LMT): [EARNINGS] Beat estimates by 7 cents a share, with quarterly profit of $5.79 per share. Revenue came in above estimates as well, and the company raised its 2020 full-year forecast.

Novavax (NVAX): [NEWS] Will present a progress report on its Covid-19 vaccine candidate today at the second International Society For Vaccines Virtual Congress.

UBS (UBS): [EARNINGS] Reported better-than-expected profit for its latest quarter, helped by strength in investment banking, and the Zurich-based bank said the strong performance raised the possibility that it could resume share buybacks later this year.

EBay (EBAY): [NEWS] Struck a deal to sell its classified ads business to Norway’s Adevinta for $9.2 billion in cash and stock. It had been reported yesterday that the two companies were close to finalizing a deal.

Novartis (NVS): [NEWS] Cut its 2020 sales outlook, pointing to an “extremely disruptive environment” prompted by the coronavirus pandemic. Second-quarter sales were impacted by a drop in ophthalmology and dermatology treatments.

Logitech (LOGI): [NEWS] Raised its 2020 outlook after reporting a more than 75% increase in quarterly operating income. Logitech’s results were boosted by greater demand for webcams, headsets, and video conferencing products as more people worked remotely amid the pandemic.

Amazon (AMZN): [NEWS] Amazon officially delayed its “Prime Day” shopping event, usually held in mid-July. It has not set a new date, but has told third-party sellers the new date will most likely be in early October.