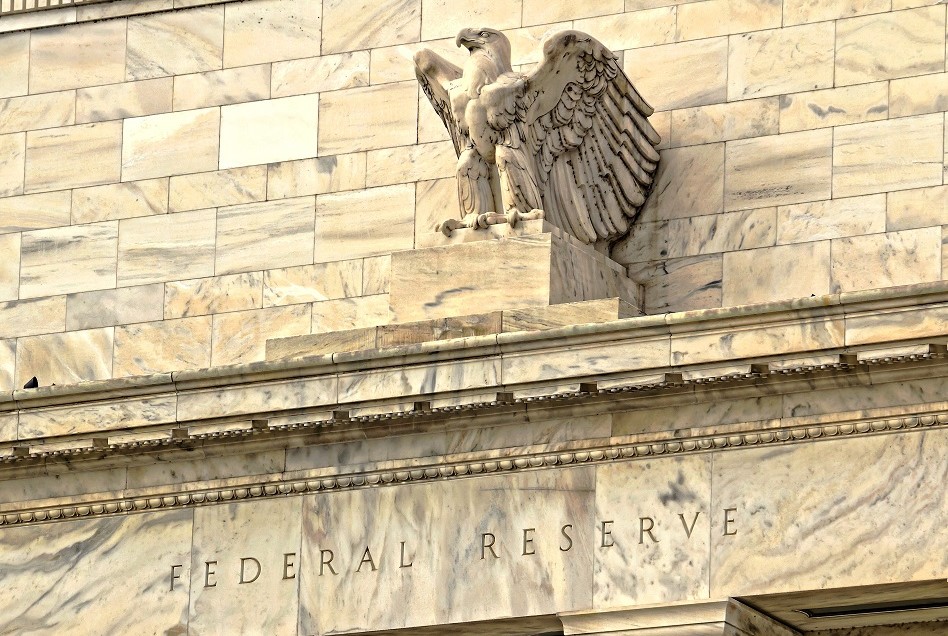 US stock futures edged higher, while the dollar slipped on Wednesday, in the run-up to a rate decision by the Federal Reserve at 2:00pm EST.

Fed policymakers are not expected to make any major policy changes; however, investors expect the central bank to remain supportive of the economy as the US struggles in its fight against the virus pandemic.

With data from unemployment to credit-card spending and air travel plateauing, the bank will likely message its continued support in the economic recovery, while repeating a call for fiscal aid from Congress.

Separately, gold traded below its record $2,000 an ounce while Bitcoin held steady above $11,000 after both assets recorded eight-day rallies.

Ahead, today's economic calendar also includes; Goods Trade Balance for June at 8:30am EST, Pending Home Sales for June at 10am EST and Crude Oil Inventories for the week ended July 24 at 10:30am EST.

TODAY'S TOP HEADLINES
Coronavirus: Deaths Near 150,000, Hospitalizations Rise. (The WSJ)
The US death toll from the coronavirus pandemic approached 150,000, as fatalities and hospitalizations rose in parts of the country, while new cases in some areas showed signs of leveling off.

STOCKS IN THE SPOTLIGHT
Pre-Market Movers & News Related Stocks.
Boeing (BA): [EARNINGS] Reported a quarterly loss of $4.79 per share, wider than the loss of $2.54 anticipated by analysts. Revenue was well below estimates as well – amid the overall slowdown in the aviation industry. Boeing also announced a slowdown in production rates for the 737 Max, 777X, and 787 aircraft.

General Electric (GE): [EARNINGS] Reported a quarterly loss of 15 cents per share, wider than the 10 cents a share loss Wall Street was anticipating. Revenue was above forecasts. GE reported pandemic-related weakness in its power and aviation businesses, but free cash flow metrics were better than expected.

General Motors (GM): [EARNINGS] Reported a quarterly loss of 50 cents per share, smaller than the $1.77 per share loss that Wall Street was predicting. Revenue came in below forecasts, however, with plants closed due to Covid-19 during part of the quarter.

Anthem (ANTM): [EARNINGS] Earned $9.20 per share for the second quarter, beating the $8.87 a share consensus estimate. The health insurer’s revenue was essentially in line with expectations. Profits were helped by pandemic-related deferrals of elective health-care procedures.

Scotts Miracle-Gro (SMG): [EARNINGS] Reported better-than-expected earnings and revenue, declared a $5 per share special dividend, and raised its regular dividend by 7%. Scotts is seeing a jump in consumer demand as more people stay at home due to Covid-19.

Six Flags (SIX): [EARNINGS] Reported a quarterly loss of $1.62 per share, wider than the loss of $1.01 a share that analysts had predicted. Revenue was well below estimates, as park attendance tumbled amid the pandemic.

Starbucks (SBUX): [EARNINGS] Reported a quarterly loss of 46 cents per share, smaller than the 59 cents a share loss anticipated by Wall Street. The coffee chain’s revenue was also better than expected, and it said business was “steadily recovering” as coronavirus restrictions have eased.

Visa (V): [EARNINGS] Came in 4 cents a share above estimates, with quarterly earnings of $1.07 per share. Revenue came in above estimates as well. The payments processor said that payment volume was down 10% during the quarter with profit dropping 23%, as consumer spending was hit by rising unemployment.

Mondelez (MDLZ): [EARNINGS] Reported a quarterly profit of 63 cents per share, 7 cents a share above estimates. The snack maker’s revenue was slightly above Wall Street forecasts. Strong demand for its snacks in North America helped offset other declines, and Mondelez also announced an 11% dividend increase.

FireEye (FEYE): [EARNINGS] Reported an adjusted profit of 9 cents per share. Revenue was above estimates as well, helped by the shift to cloud-based work amid the pandemic.

Seagate Technology (STX): [EARNINGS] Fell 9 cents a share shy of forecasts, with quarterly earnings of $1.20 per share. The hard disk drive maker’s revenue also came in below estimates and it issued a weaker-than-expected forecast amid what it called Covid-19 related disruptions and economic uncertainty.

Avis Budget (CAR): [EARNINGS] Reported a quarterly loss of $5.60 per share, slightly smaller than the loss of $5.68 that analysts were expecting. The car rental’s revenue beat estimates, with a recovering used car market and increased leisure rentals helping results.

Spirit Airlines (SAVE): [NEWS] Will tell its unions to be prepared for possible October furloughs of 20% to 30% of workers, according to a memo sent to employees and first reported by Reuters.

Moderna (MRNA): [NEWS] Is aiming to price its Covid-19 vaccine at $50 to $60 per dose, according to sources cited by the Financial Times. That would be at least $11 more than the vaccine being developed by Pfizer (PFE) and partner BioNTech (BNTX).

Advanced Micro Devices (AMD): [EARNINGS] Beat estimates by 2 cents a share, with quarterly profit of 18 cents per share. The chip maker’s revenue came in above estimates as well. AMD also raised its full-year forecast, as the surge in the number of employees working from home raises demands for its chips.

EBay (EBAY): [EARNINGS] Reported quarterly earnings of $1.08 per share, 2 cents a share above estimates. The e-commerce company’s revenue also topped forecasts and the company raised its full-year outlook amid more online shopping during the coronavirus pandemic.

Amgen (AMGN): [EARNINGS] Earned $4.25 per share for its latest quarter, compared to a $3.82 a share estimate. Revenue came in above forecasts as well, helped by stronger sales of its newer drugs.

AMC Theaters (AMC): [NEWS] Struck a deal with Comcast’s (CMCSA) Universal Pictures unit that will allow movies to be made available to home viewers after only three weekends in theaters. Financial terms weren’t disclosed.