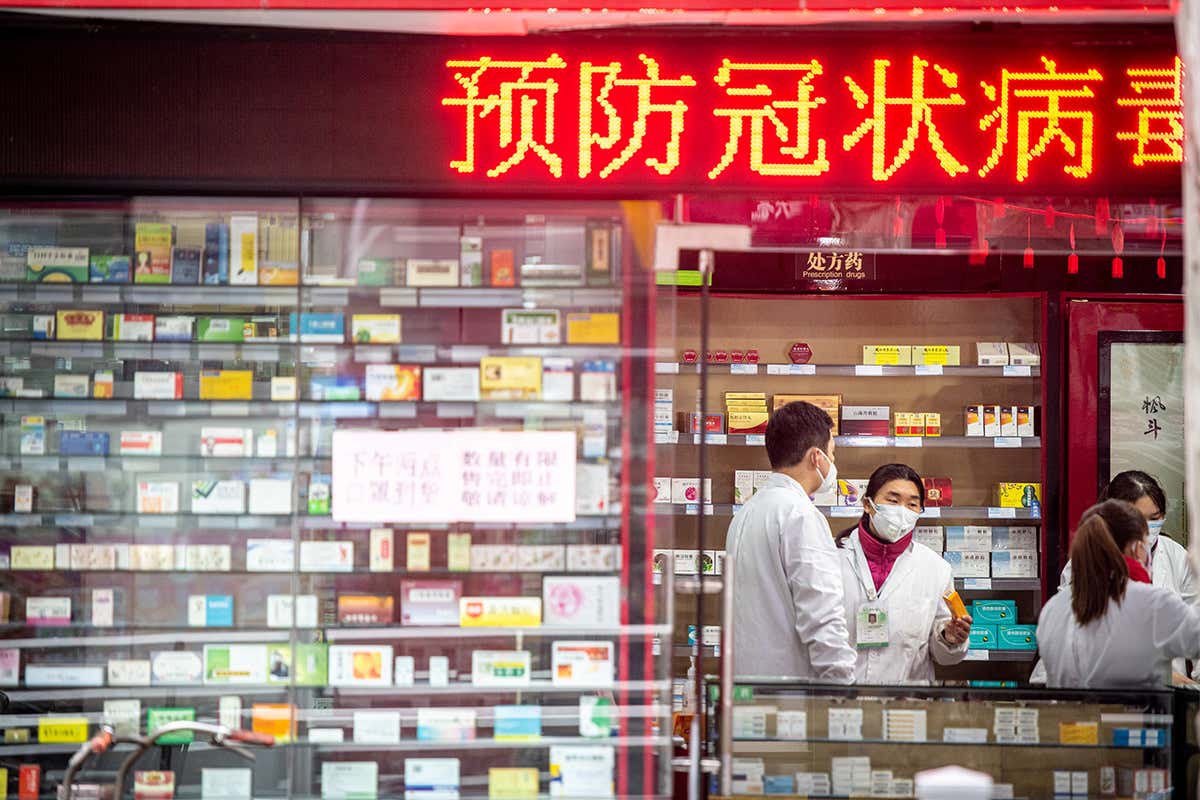 US stock futures painted a mixed picture on Thursday, just a day after the S&P 500 (+0.48%) set a record closing high, as conflicting signals relating to the containment of the coronavirus outbreak and its potential economic impact subdued investor sentiment.

Investors are continuing to monitor the outbreak's impact on global growth and corporate profits after Goldman Sachs warned that the impact the virus “may well be underestimated in current stock prices, suggesting that the risks of a correction are high”.

While the number of new coronavirus cases in China continues to slow, those beyond the mainland are sparking alarm. South Korea reported its first death from the coronavirus today, while global deaths from the virus have risen to 2,129 and infections have increased to over 75,000.

Ahead, in today’s economic calendar, Thursday includes; Weekly Jobless Claims and the Philadelphia Fed Manufacturing data for February at 8:30am EST, followed by Crude Oil Inventories for the week ended Feb. 14 at 11am EST.

TODAY'S TOP HEADLINES
Markets: Goldman Says Market Underestimating Coronavirus. (CNBC)
We believe the greater risk is that the impact of the coronavirus on earnings may well be underestimated in current stock prices, suggesting that the risks of a correction are high,” strategist Peter Oppenheimer wrote in a note.

Zillow (Z): [EARNINGS] Lost 26 cents per share for the fourth quarter, 9 cents a share less than Wall Street had been expecting. The online real estate company’s revenue was well above estimates, driven by an increase in the number of people using Zillow’s website to buy and sell homes.

Six Flags (SIX): [EARNINGS] Posted a quarterly loss compared to a year-ago profit. It also gave a weaker-than-expected earnings outlook for 2020, cut its dividend by nearly 70%, and announced that its chief financial officer plans to retire at the end of August.

ViacomCBS (VIAC): [EARNINGS] The company reported quarterly earnings of 97 cents per share, below the consensus estimate of $1.44 a share. Revenue was also below Wall Street forecasts, but ViacomCBS said the quarter was transitional and that the combination will cut expenses by more than expected.

L Brands (LB): [NEWS] Could announce a deal as soon as today to sell a stake in its Victoria’s Secret business to private-equity firm Sycamore Partners, according to The Wall Street Journal.

Avis Budget (CAR): [EARNINGS] Reported quarterly profit of 73 cents per share, well above the 50 cents a share consensus estimate. The car rental company’s revenue was above estimates as well. Avis Budget said the quarter was capped by its best-ever December performance in the U.S.

E-Trade Financial (ETFC): [NEWS] Agreed to be bought by Morgan Stanley (MS) for $13 billion in stock, representing a value of $58.74 per share based on Morgan Stanley’s Wednesday closing price.

Mosaic (MOS): [EARNINGS] Lost 29 cents per share for the fourth quarter, wider than the 5 cents a share loss predicted by Wall Street. The fertilizer producer’s revenue beat estimates and predicted a rebound in fertilizer demand this year.

Teva Pharmaceutical (TEVA): [NEWS] Announced that an experimental treatment for patients with moderate to severe Tourette Syndrome did not meet its primary goal in a trial.

Norwegian Cruise Line (NCLH): [EARNINGS] Beat estimates by 3 cents a share, with quarterly earnings of 73 cents per share. Revenue also beat forecasts. Norwegian also said it was unlikely to achieve prior full-year targets due to the impact of the coronavirus, currently estimated at 75 cents per share.

MGM Resorts (MGM): [NEWS] Said it was the victim of a data breach, which exposed details of prior guests.

Stamps.com (STMP): [EARNINGS] Earned $2.12 per share for the fourth quarter, more than double the consensus estimate of $2.03. The postage services provider also saw revenue come in above forecasts, calming fears that the end of its deal with the U.S. Postal Service would severely impact its business.