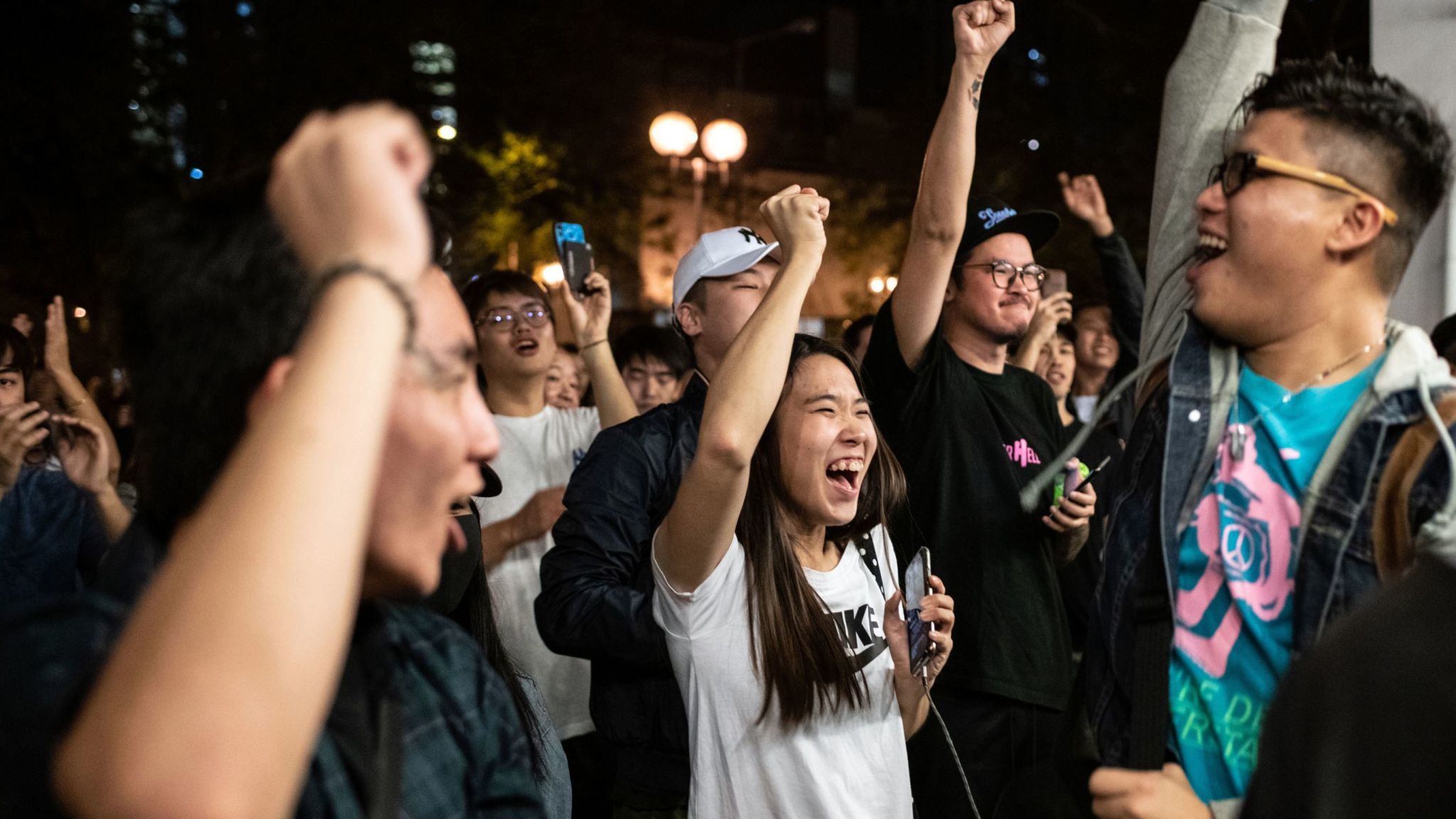 Global shares enjoyed strong gains on Monday, pulling all three major US equity benchmarks back toward all-time highs, as trade optimism and a wave of merger deals boosted market sentiment.

China’s government called for speeding up of the introduction on penalties and punitive action for infringement of patents and copyrights in a document released on Sunday; a move investors hope may address one of the major sticking points held by US negotiators.

This view was echoed by US national security adviser, Robert O'Brien, who told a conference that it was still "possible" to reach a deal, but cautioned that weekend elections in Hong Kong needed to proceed without violence or interference.

Local polls in Hong Kong, which has been crippled by anti-Beijing protests for the past five months, delivered a resounding victory for pro-democracy candidates in the China-backed protectorate.

Beijing has since warned that the results of Hong Kong’s local election will not change its relationship with the territory.

These developments come after Friday’s session, where the S&P 500 ended a three-day losing streak, while concerns over the precariousness of an interim US-China trade deal weighed on stocks.

Tesla (TSLA): [NEWS] CEO Elon Musk tweeted several times over the weekend about demand for its newly announced electric pickup truck, with the latest saying the company had received 200,000 orders.

Uber Technologies (UBER): [NEWS] Was stripped of its London operating license for the second time in two years. Regulators said Uber had allowed unauthorized drivers to upload their photos to other drivers’ accounts, endangering passenger safety.

Jacobs Engineering (JEC): [EARNINGS & NEWS] Reported quarterly profit of $1.48 per share, beating the consensus estimate of $1.32 a share. Revenue beat estimates as well. Jacobs also announced plans to change its corporate name to Jacobs Solutions, to reflect its transition from an engineering and construction firm to a technology solutions company. The change will be effective Dec. 10, and the stock’s ticker symbol will change from “JEC” to “J”

Wendy’s (WEN): [UPGRADE] Upgraded to “buy” from “hold” at Stifel Nicolaus, which is expressing confidence in the restaurant chain’s sales trends and earnings drivers.

Nvidia (NVDA): [UPGRADE] Upgraded to “overweight” from “equal-weight” at Morgan Stanley, which sees the company’s gaming and data center markets accelerating in 2020.

Dick’s Sporting Goods (DKS): [UPGRADE] Upgraded to “buy” from “neutral” at Bank of America/Merrill Lynch, which said the stock’s valuation is compelling in light of the outlook for same-store sales growth.

The Medicines Co. (MDCO): [BUYOUT] Will be bought by Swiss drugmaker Novartis (NVS) for $9.7 billion or $85 per share in cash. Novartis is buying the US-based biotech company to acquire its injectable cholesterol drug inclisiran.

Tiffany (TIF): [BUYOUT] Agreed to be bought by France’s LVMH for $16.2 billion or $135 per share in cash. The luxury goods companies expect the deal to close in mid-2020.

Netflix (NFLX): [DOWNGRADE] Downgraded the stock to “underperform” from “market perform” at Wells Fargo, which said the Street is overestimating the video streaming service’s free cash flow and also pointed to increasing competition.

HP Inc. (HPQ): [NEWS] Issued a new rejection of Xerox’s (XRX) takeover interest, telling the office equipment maker in a letter that it did not have faith in Xerox’s ability to raise enough cash.