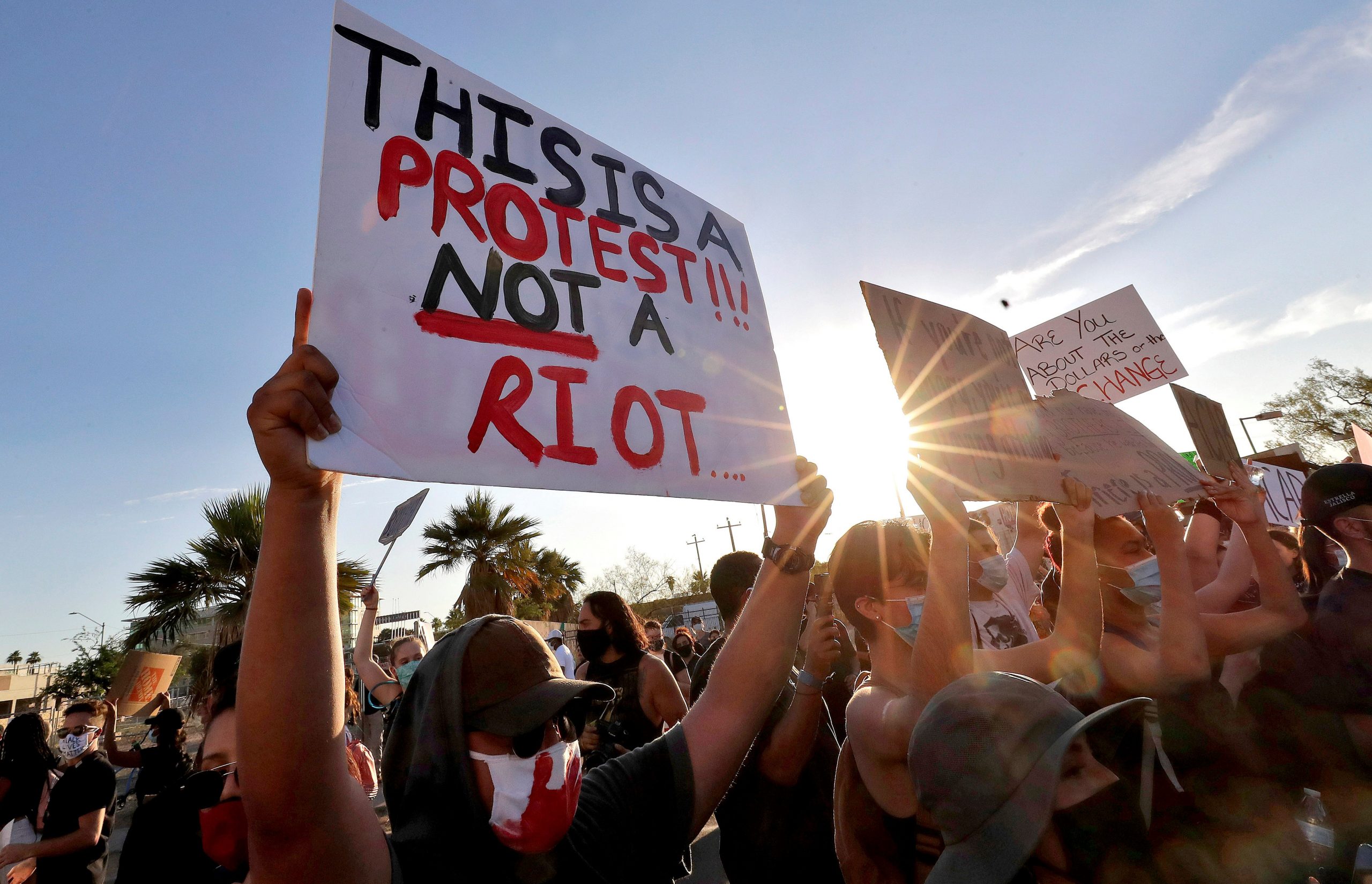 The global rally in stock prices held its momentum on Wednesday, as investors pinned their hopes on a quick recovery from recent economic shutdowns and signs of calm following some violent clashes in the US.

The stock market has continued to rally over the past week despite recent social unrest and tense clashes between the US and China as
investors bet that these wouldn’t curtail business or the economy.

Stimulus measures have also opened the floodgates on money, which is making its way into financial markets. Trump plans to meet with senior advisers as soon as this week to discuss another relief package.

Ahead, today's economic calendar includes; the ADP Employment Report for May at 8:15am, the PMI Services Index for May at 9:45am, ISM Non-Manufacturing data for May and Factory Orders for April at 10am, followed by Crude Oil Inventories 10:30am EST.

TODAY'S TOP HEADLINES
US: Trump Urges Police to ‘Get Tough’ as Cities Calm. (The WSJ)
Large-scale protests continued across the US Tuesday night as curfews were defied and demonstrators again clashed with law enforcement. Overall, it was a calmer evening than in recent days.

STOCKS IN THE SPOTLIGHT
Pre-Market Movers & News Related Stocks.
CrowdStrike (CRWD): [EARNINGS] Posted a quarterly profit of 2 cents per share, compared to expectations of a 6 cents per share loss. The cybersecurity company also reported better-than-expected revenue, pointing to a pandemic-related surge in demand as well as a more favorable competitive environment.

Canada Goose (GOOS): [EARNINGS] Matched analysts’ forecasts with a quarterly loss of 12 cents per share, while revenue came in above estimates. Canada Goose also said the pandemic-related negative impact on its business would be most pronounced during the current quarter, traditionally its slowest of its fiscal year.

Express (EXPR): [EARNINGS] Lost $1.55 per share for its first quarter, wider than the 47 cents a share loss that analysts had anticipated. Revenue also came in below forecasts, as the pandemic closed the company’s stores. Express is not providing guidance for the current quarter or the full year at this time.

Cheesecake Factory (CAKE): [NEWS] Said it hoped to have most of its restaurants reopened by mid-June, and that the locations that have reopened have pushed sales close to prior levels. However, the restaurant did say that sales have been hurt by the recent protests.

Coty (COTY): [NEWS] Is in talks with Kim Kardashian West about a possible beauty products collaboration, according to a Securities and Exchange Commission filing.

Zoom Video (ZM): [EARNINGS] Reported a quarterly profit of 20 cents per share, more than double the 9 cents a share consensus estimate. Revenue was also well above Wall Street forecasts and Zoom nearly doubled its annual revenue outlook, as it continues to benefit from the increase in remote working.

Lyft (LYFT): [NEWS] Said rides booked through its platform jumped 26% in May compared with the previous month. Demand has begun to rebound, with Lyft’s ridership figures rising for seven straight weeks. The May figure was, however, 70% below year-ago levels.

Twitter (TWTR): [NEWS] Named ex-Google chief financial officer Patrick Pichette as its board chairman, becoming the first company outsider to serve in that role. Pichette had been Twitter’s lead independent director since 2018.

Amazon.com (AMZN): [NEWS] Is planning a “Summer Sale” event that would kick off June 22, according to a document viewed by CNBC. The event is designed to help sellers who have been hurt by the pandemic and the postponement of Amazon’s annual “Prime Day.”

Campbell Soup (CPB): [EARNINGS] Reported quarterly earnings of 84 cents per share, 9 cents a share above estimates. Revenue also beat forecasts and Campbell raised its full-year guidance, noting an increase in demand across all its brands amid the Covid-19 pandemic.

Tiffany (TIF): [NEWS] A Women’s Wear Daily report said the planned $16.2 billion dollar takeover by France’s LVMH may not go through. LVMH is said to have called a Tuesday board meeting to discuss the matter, amid deteriorating U.S. market conditions.

Alphabet (GOOGL): [NEWS] Alphabet’s Google unit faces a $5 billion lawsuit for allegedly tracking user browsing habits even when the users are in “private browsing” mode. Google said it would vigorously defend itself against the claim.