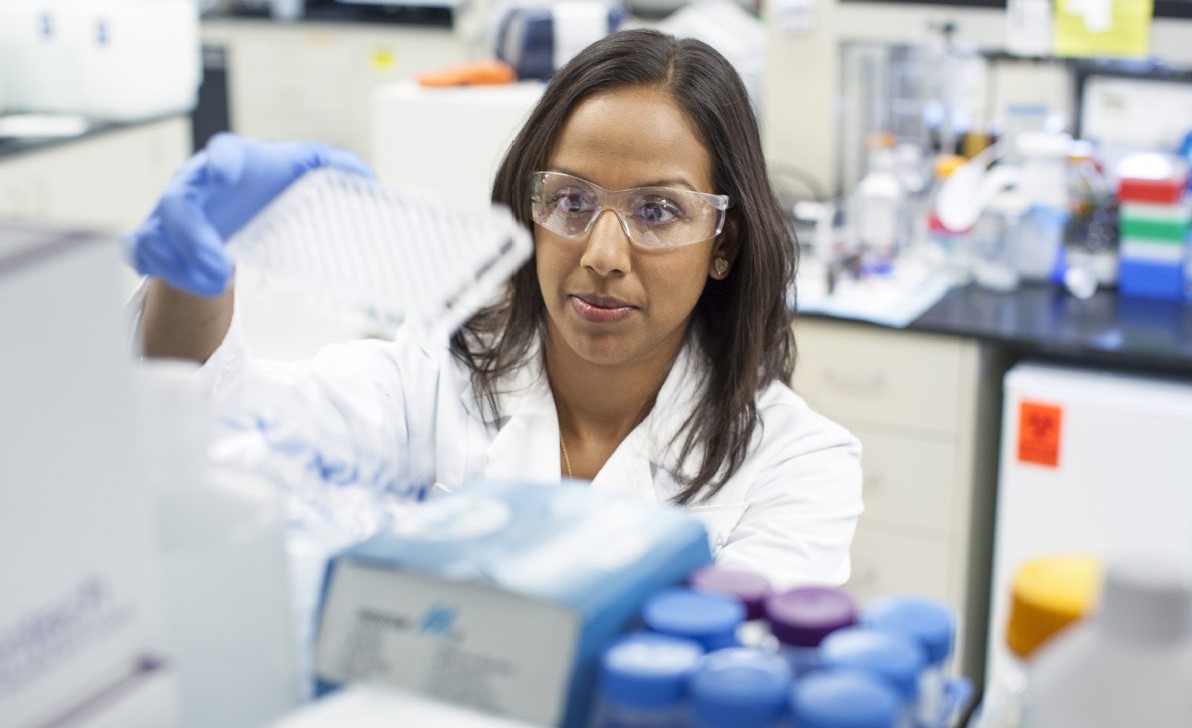 Futures tied to the S&P 500 ticked higher on Friday, suggesting that the blue-chip equity index may extend its advance after a volatile trading session yesterday (S&P 500: -0.01%).

These price swings came after a report of discouraging data from a Gilead Sciences' (GILD: -4.34%) trial on a treatment for Covid-19.

Gilead has since warned that these reports included “inappropriate characterizations of the study” and added that "the study results are inconclusive, though trends in the data suggest a potential benefit".

Meanwhile, a report released on Thursday had shown that another 4.4 million Americans workers had filed for unemployment benefits last week, bringing the five-week total to a record 26 million people.

Separately, House officials approved the next infusion of aid for small businesses and hospitals, amounting to $484 billion, on Thursday.

Ahead, today's economic calendar includes; Durable Goods Orders for March at 8:30am EST and Consumer Sentiment for April at 10am EST.

In corporate news; American Express (AXP) and Verizon (VZ) are both expected to report their recent Q1 2020 financials this morning.

TODAY'S TOP HEADLINES
Coronavirus: House Approves $484 Billion Bill. (The WSJ)
House lawmakers voted to approve the next infusion of aid for small businesses and hospitals grappling with the outbreak’s toll.

Intel (INTC): [EARNINGS] Reported quarterly profit of $1.45 per share, beating the consensus estimate of $1.28, with the chip maker’s revenue also beating Wall Street forecasts. The company’s current-quarter forecast was below estimates, however, and it said it would not update its full-year outlook due to uncertainties surrounding the coronavirus outbreak.

American Express (AXP): [EARNINGS] Reported quarterly profit of $1.98 per share, an adjustment that excludes an increase in credit reserves, with GAAP earnings at 41 cents per share. The consensus estimate was $1.43 per share. The financial services company increased its credit provisions to $2.6 billion from $809 million a year earlier, and said a spending decline by customers began in late February and accelerated in March.

Edwards Lifesciences (EW): [EARNINGS] Earned $1.51 per share for its latest quarter, beating estimates by 18 cents a share. The medical products maker’s revenue also topped Wall Street forecasts. The company lowered its forecast for the year, however, saying the Covid-19 pandemic will have its biggest negative impact in the current quarter, followed by a gradual recovery.

Verizon (VZ): [EARNINGS] Beat consensus estimates by 3 cents a share, with quarterly earnings of $1.26 per share. Revenue was below Wall Street forecasts, however, and the company cut its full-year outlook. Verizon said it had a strong start to 2020 prior to the pandemic, and that it expects to emerge from the crisis stronger.

Continental Resources (CLR): [NEWS] Has halted most of its oil production in North Dakota and notified customers it would not supply crude oil at current prices, according to a Reuters report.

Hertz (HTZ): [NEWS] Is working with debt restructuring advisers on options to boost its finances, according to a Reuters report, as the coronavirus outbreak slashes demand for rental cars.

J.C. Penney (JCP): [NEWS] Is in advanced bankruptcy talks with lenders, according to The Wall Street Journal. The talks are said to focus on loans that would allow the retailer to continue operating during a court-supervised bankruptcy filing.

United Airlines (UAL): [NEWS] Will require all flight attendants to wear a face-covering or mask while on duty, beginning today. The flight attendants union welcomed the move, but is asking that passengers be required to do the same.

Alphabet (GOOGL): [NEWS] Is cutting marketing budgets by as much as 50% for the second half of the year, according to internal materials viewed by CNBC.

E-Trade Financial (ETFC): [EARNINGS] Missed estimates by 19 cents a share, with earnings of 72 cents per share. Revenue also missed forecasts. The online brokerage firm, which is in the process of being bought by Morgan Stanley (MS), was hurt by factors related to the pandemic, as well as merger-related expenses and its provision for credit losses.

Pearson (PSO): [EARNINGS] Reported a 5% drop in first-quarter revenue, as the education products company is hit by school closures around the globe. The company has seen a significant increase in the user of its digital products, however.

L Brands (LB): [NEWS] Filed a complaint against private-equity firm Sycamore Partners, for trying to pull out of a deal to buy the company’s Victoria’s Secret unit. Sycamore wanted a lower price due to the impact of the Covid-19 pandemic, but failed a lawsuit after L Brands declined to renegotiate.

Boeing (BA): [NEWS] Is planning to cut 787 Dreamliner production in half and announce job cuts when it reports first-quarter earnings, according to a Bloomberg report. Boeing is due to report first-quarter results on April 29.