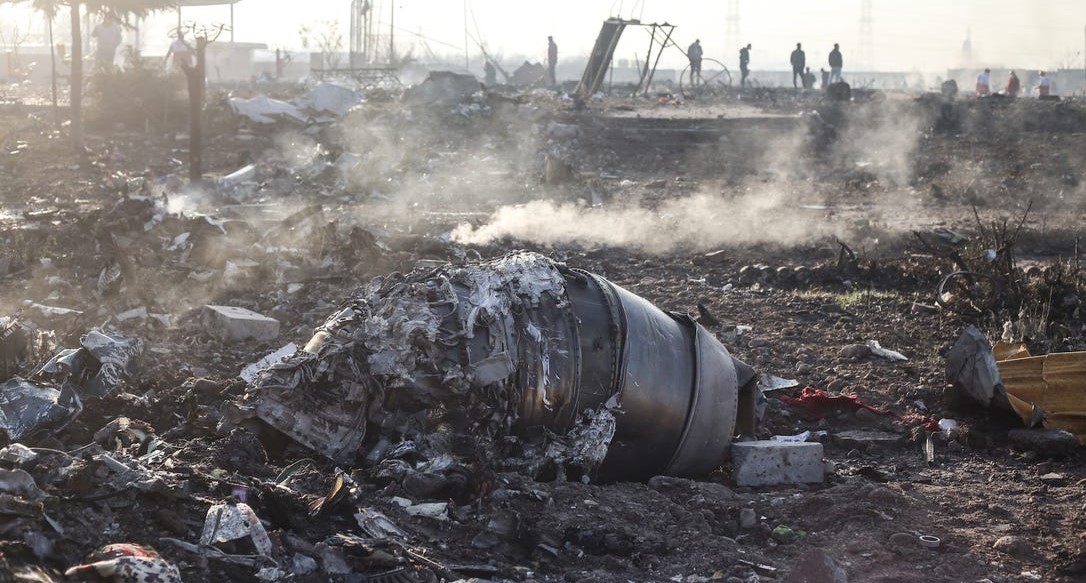 American equity futures continued to push higher on Friday, as a relief rally following ebbing tensions between the US and its Islamic Republic counterpart continued to benefit global markets.

Recent reassurance from Federal Reserve Vice Chairman, Richard Clarida, that the US economy remains in a “good place” had also added to bullish sentiment after a rocky start to the year.

Ahead, investors will be closely watching the US Labor Department’s December jobs report for signs of a slowing economy at 8:30am EST.

Economists surveyed by FactSet expect the US to have added 160,000 jobs in December vs. a higher-than-expected 266,000 jobs last month. The unemployment rate is forecast to remain unchanged at 3.5%.

TODAY'S TOP HEADLINES
Iran & Politics: Iran Rails at West Over Claims That It Shot Down Boeing Airliner. (Bloomberg)
Iran accused Western governments of engaging in “psychological warfare” in claiming the Boeing jet that crashed near Tehran on Wednesday was brought down by a missile, as the tragedy became further embroiled in geopolitical tensions.

Urban Outfitters (URBN): [EARNINGS] Reported a comparable holiday season sales increase of 3% but said sales fell at its flagship Urban Outfitters apparel stores. The retailer said profit margins were weaker for some of its brands due to increased promotional activity.

GrubHub (GRUB): [NEWS] Denied a Wall Street Journal report that it was mulling options that included a possible sale. In a statement to CNBC, the food delivery service said there was “unequivocally no process in place to sell the company and there are currently no plans to do so.”

Synnex (SNX): [NEWS & EARNINGS] Plans to split into two separate publicly traded companies, with the IT solutions company expecting the split to be completed in the second half of this year. The announcement came at the same time Synnex reported its latest quarterly earnings, which came in above analysts’ forecasts.

Nvidia (NVDA): [REVIEW] Citi added the chipmaker to its “catalyst watch list,” expecting Nvidia to outperform its peers. Citi said Nvidia will be helped by improving data center demand as well as the closure of its deal to buy networking products maker Mellanox Technologies.

WD-40 (WDFC): [EARNINGS] Reported quarterly earnings of 88 cents per share, 10 cents a share below estimates. Revenue also fell short of analysts’ estimates. The company said the quarter does not reflect the level of revenue growth it would like to see, but added it expects a “solid, steady year ahead.”

KB Home (KBH): [EARNINGS] Reported quarterly earnings of $1.31 per share, 2 cents a share above estimates. The home builder’s revenue came in below Wall Street forecasts. Orders came in above forecasts, but the average sale price was slightly lower.

NortonLifeLock (NLOK): [DIVIDEND] Declared a $12 per share special dividend, representing a return of more than $8 billion to shareholders in the cybersecurity company. The company said the payout would let it reach its goal of returning more than 100% of the proceeds from the sale of its enterprise security business to Broadcom (AVGO).

Eli Lilly (LLY): [BUYOUT] Bought skin disease specialist Dermira (DERM) for $1.1 billion in cash, or $18.75 per share. The price is 2.2% above Dermira’s Thursday closing price, but Dermira shares had more than tripled over the past three months.

Boeing (BA): [NEWS] Released internal messages that showed harsh criticism from workers about the development of the now-grounded 737 Max jet. Boeing said the messages were “completely unacceptable” and “do not reflect the company we are and need to be.”

Amazon (AMZN): [NEWS] Is in talks to sell some of its ad inventory on services other than its own Fire TV platform, according to people familiar with the matter who spoke to The Wall Street Journal.