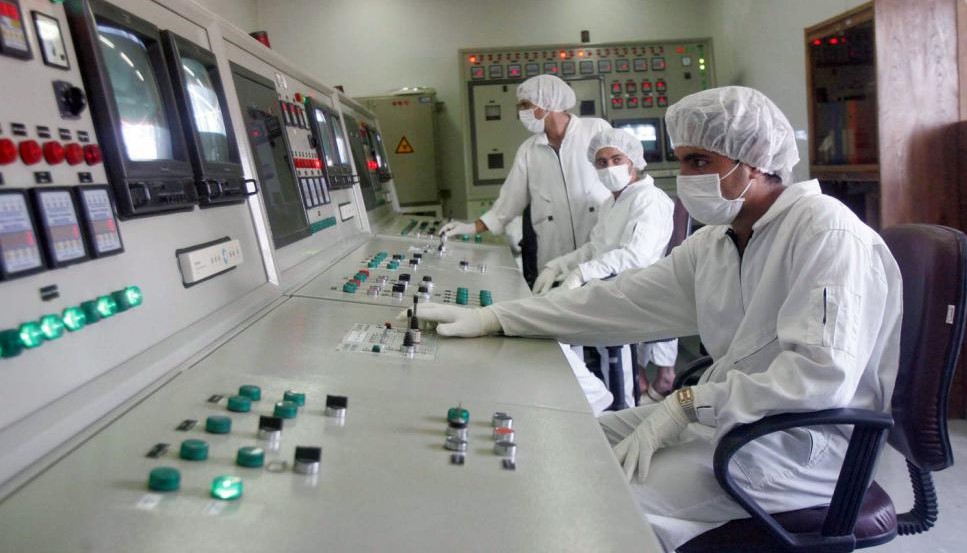 Global stock prices extended their declines on Monday, as investors continued to price in effects of heightened military tensions in the Gulf region following last week's assassination of an Iranian general.

Stocks fell on Friday, following the market’s initial reaction to violence across the oil-rich region. The S&P 500 fell -0.76%, down -0.16% for the week, putting an end to its five-week winning streak.

American equity gauges look to retreat for a second session today after Iran announced, over the weekend, that it would no longer abide by any limits on its enrichment of uranium.

President Donald Trump has since doubled down on threats to Iran, having warned that any retaliation from Tehran would trigger potential strikes on any of 52 separate US identified targets.

Iraq's parliament, meanwhile, passed a nonbinding resolution to expel all foreign troops, including US military servicemen, from its country.

Trump responded by threatening sanctions and demanding billions of dollars from Baghdad if the US is forced to withdraw. Iraq is the second-largest oil producer among OPEC nations; a hit to Iraq's oil industry would reverberate widely.

The sudden escalation of tension in the Middle East continues to damp the enthusiasm that sent the S&P 500 index to a record high on its first trading day of the year, and serves as a reminder that markets remain vulnerable to geopolitical risk.

Ahead, in today’s economic calendar, Monday includes; the PMI Services Index for December at 9:45am EST.

TODAY'S TOP HEADLINES
Middle East & Politics: Iran Will No Longer Abide By Uranium Enrichment Limits Under 2015 Nuclear Deal. (CNBC)
Less than a week after Iran’s top military commander was killed by US drone strike, the regime said Sunday that it would further scale back compliance with an international nuclear pact.

Middle East & Politics: Trump Threatens To Slap Sanctions On Iraq ‘Like They’ve Never Seen Before’. (CNBC)
President Donald Trump threatened on Sunday to slap sanctions on Iraq after its parliament passed a resolution calling for the government to expel foreign troops from the country.

Cal-Maine Foods (CALM): [EARNINGS] Posted a quarterly loss of 21 cents per share, compared to consensus estimates of a 3 cents per share profit. Revenue also missed estimates, due in large measure to what the company calls challenging market conditions.

SmileDirectClub (SDC): [NEWS] Has launched a line of oral care products that will be available exclusively at Walmart (WMT).

Bed Bath & Beyond (BBBY): [NEWS] Signed a deal to sell about half its real estate to private-equity firm Oak Street Real Estate Capital and then lease it back. The transaction will generate more than $250 million for the troubled home goods retailer.

Nordstrom (JWN): [UPGRADE] Upgraded to “neutral” from “underweight” at JPMorgan Chase, which cited valuation, while increasing its price target on the stock to $41 per share from $26 a share. JPM points to easier comps and a reduction in top-line headwinds, among other factors.

Pier 1 Imports (PIR): [NEWS] Is planning more store closures and cost cuts, along with plans to cut its debt load, according to a Bloomberg report. The news is set to be announced along with Pier 1′s quarterly report on Jan. 8.

HP Inc. (HPQ): [NEWS] Mizuho Financial, Citigroup, and Bank of America have agreed to lend up to $24 billion to Xerox (XRX) for potentially pursuing a takeover of the computer and printer maker. A previous cash and stock bid by Xerox for HP had been rejected.

Exxon Mobil (XOM): [NEWS] Said its fourth-quarter operating results will decline from a year ago, according to a regulatory filing. Exxon now sees a loss in its chemicals unit and a sharply lower operating profit in refining. The energy giant is due to report fourth-quarter earnings on Jan. 31.

Alphabet (GOOGL): [UPGRADE] Upgraded to “buy” from “hold” at Pivotal Research, which expects that the stock will outperform its peers. Pivotal also raised its price target on the Google parent’s stock to $1,650 per share from $1,445 a share, noting that the company will find new and expanded revenue streams under new CEO Sundar Pichai.

Citigroup (C): [REVIEW] Was added to the Goldman Sachs “Conviction List,” on the idea that while the market is overvaluing banks in general, it is undervaluing potential return improvement at both Citi and Bank of America (BAC).