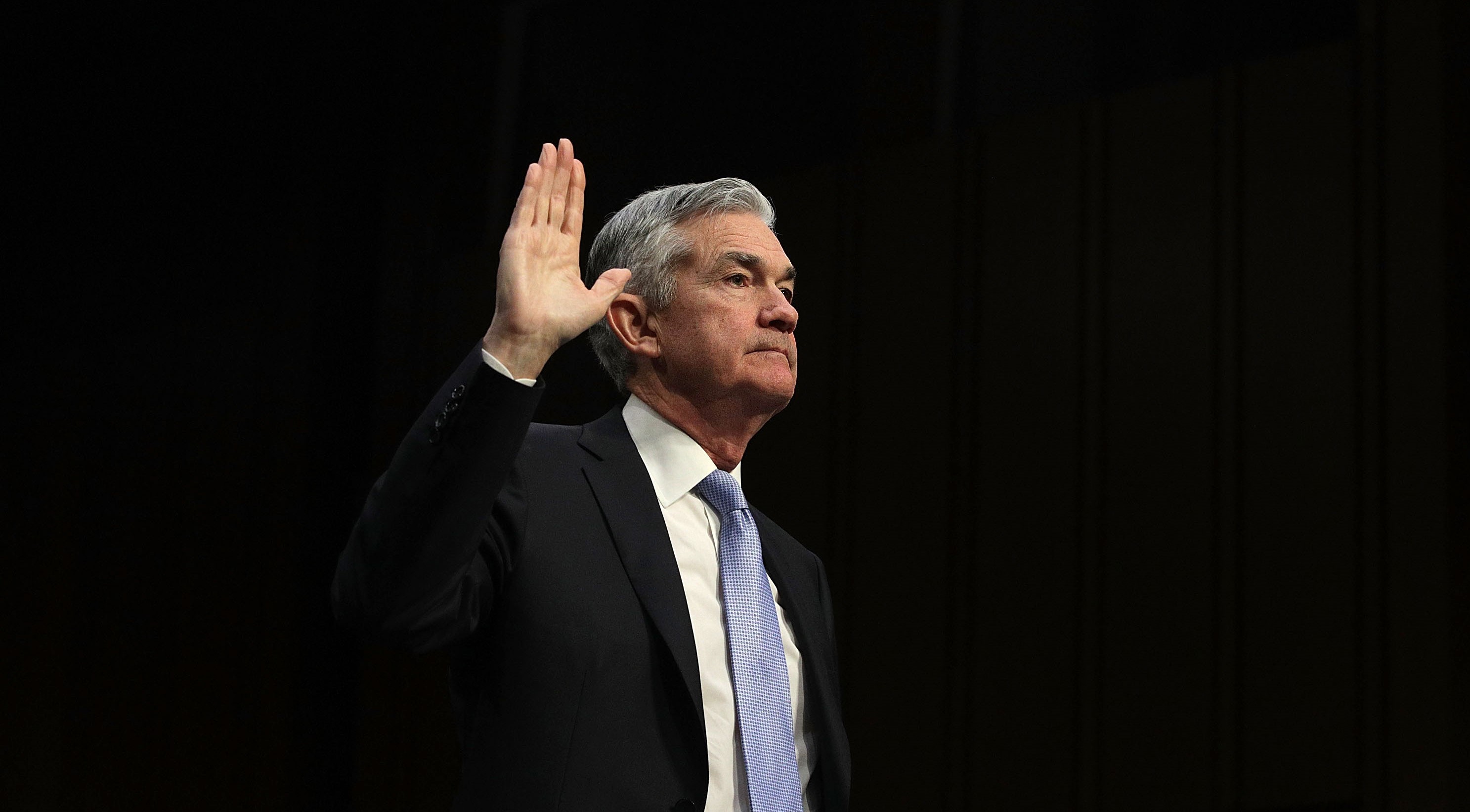 What Trump mentioned during his address to the Economic Club of New York amounted to little more than repeated soundbites of his administration’s assessment that China is "dying to make a deal" and that "a significant phase one trade deal with China could happen soon."

What did change however, was his threat of "very substantial" tariffs on China-made goods if a deal it’s reached; which would place levies on $175 billion worth of consumer goods starting Dec. 15.

The president also highlighted his administration's financial achievements during his term and renewed his attack on the Federal Reserve Chairman, Jerome Powell, who will address a congressional committee today, on the economic outlook for the United States.

These developments follow suit to yesterday’s session, where the street initially reacted to Trump’s comments. US stocks maintained solid gains, with the Nasdaq (+0.29%) having closed at a record high, while the S&P 500 (+0.21%) ended fractionally short of Friday’s peak close.

Ahead, in today’s economic calendar, Wednesday includes; the Consumer Price Index for October at 8:30am EST.

Federal Reserve Chairman, Jerome Powell, is scheduled to testify before the Congressional Joint Economic Committee in a hearing on "The Economic Outlook" in Washington at 11am EST.

TODAY'S TOP HEADLINES
China & Trade: Tariffs on China Imports Emerge as Hurdle to Trade Deal. (The WSJ)
Tariffs are emerging as the main stumbling block in efforts by the US and China to come to a limited trade deal, a month after the two countries called a truce in their trade war.

Energizer Holdings (ENR): [EARNINGS] Beat estimates by 12 cents with adjusted quarterly earnings of 93 cents per share, with revenue also coming in above estimates. Sales were helped by acquisitions in the company’s battery and auto care businesses.

SmileDirectClub (SDC): [EARNINGS] Posted a quarterly loss of 83 cents per share, smaller than the 98 cent per share loss that Wall Street was expecting. The dental products maker also saw revenue come in better than expected, but noted that losses will continue this quarter as expenses climb.

Canada Goose (GOOS): [EARNINGS] Earned 57 cents per share (Canadian) for its latest quarter, 13 cents above estimates, and revenue came in well above forecasts. Results were helped by strong revenue growth in key markets, including a doubling of sales in Asia.

ADT (ADT): [EARNINGS] Reported better than expected results for its latest quarter, and the provider of fire and security systems also declared a one-time special dividend of 70 cents per share.

Tilray (TLRY): [EARNINGS] Lost 34 cents per share for the third quarter, 5 cents more than analysts were anticipating, though the cannabis producer did see revenue beat Wall Street estimates. Tilray revenue quintupled from a year earlier, as it added new business lines and products.

Tech Data (TECD): [BUYOUT] Agreed to be acquired by affiliates of Apollo Global Management (APO) for $130 per share, or about $5.4 billion.

Nike (NKE): [NEWS] Nike products will no longer be available for sale on Amazon.com (AMZN), with Nike saying it had decided to focus on its own direct-sales business.

Apple (AAPL): [RATING] Rated “outperform” in new coverage at RBC Capital, which said Apple has avenues for deeper integration into its customers’ lives.

Alibaba (BABA): [NEWS] Expected to launch its $15 billion Hong Kong IPO in the last week of November, sources told CNBC. The timing is unclear, though, as Reuters reported that the listing could come as soon as this week, but Hong Kong’s ongoing protests could also push it beyond November.

United Airlines (UAL): [RATING] Rated “buy” in new coverage at UBS, which said the carrier had superior cost management compared to its rivals that could support profit margin expansion.