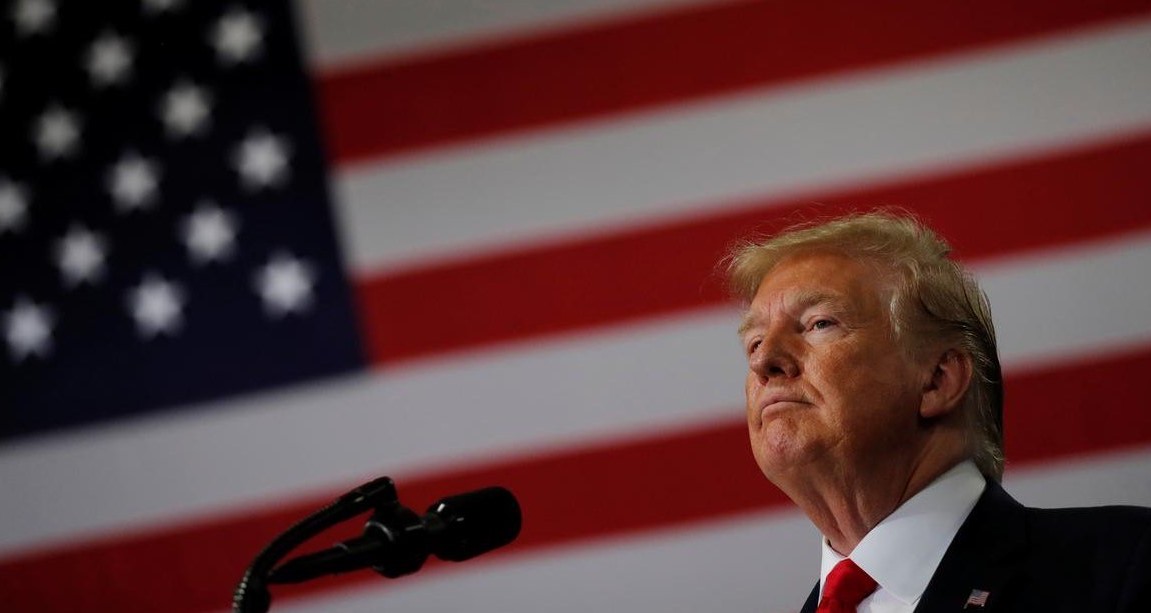 US stock futures began the week with tepid declines, ahead of what is expected to be a major week of potential event risk catalysts, as investors reset their expectations for growth following a stronger-than-expected US jobs report and weakened China export data.

Coming up this week; the Federal Reserve will meet for its final session of the year, Christine Lagarde will chair her first meeting as president of the European Central Bank, voters in Britain will head to the polls for their third national election in four years and House Democrats could vote on articles of impeachment against President Donald Trump.

Each of these events approaches amid a run-up to what could be a significant planned mid-December increase in US tariffs on Chinese imports, which are set to kick in on Sunday, 15.

The tariff deadline comes amid a protracted slowdown in China exports, which had fallen -1.1% in November, with those to the US tumbling -23%, underscoring why Beijing may want to resolve the trade dispute.

A commerce ministry official said on Monday that China hopes for trade negotiations to result in a “satisfactory” outcome, as soon as possible.

Today’s lack of conviction looks to contrast Friday’s session, where Wall Street rallied as investors cheered reports showing the US economy to have added jobs at its quickest pace in 10 months in November.

The data boosted all three major benchmark indices closer to their record territories, with the S&P 500 up +0.91%, the Nasdaq Composite positive +1.07% and the Dow Jones having gained +1.20%.

TODAY'S TOP HEADLINES
China & Trade: What Trump Does Before Trade Deadline Is The ‘Wild Card’ That Will Drive Markets In The Week Ahead. (CNBC)
The Trump administration’s Dec. 15 deadline for new tariffs on China looms large, and while most strategists expect them to be delayed while talks continue, they don’t rule out the unexpected.

Qorvo (QRVO), Skyworks Solutions (SWKS): [UPGRADES] Both makers of radio frequency chips received a double upgrade from Bank of America, to “buy” from “underperform.” The upgrades were based on an anticipated surge in demand for chips due to the growth of 5G technology.

Canopy Growth (CGC): [NEWS] Named Constellation Brands (STZ) Chief Financial Officer David Klein as its new CEO, effective Jan. 14, 2020. Constellation owns 38% of Canopy Growth, and Klein is already Canopy’s board chairman. Current CEO Mark Zekulin will step down and will resign from the board of directors on Dec. 20.

Snythorx (THOR): [BUYOUT] Will be bought by French drugmaker Sanofi (SNY) for $2.5 billion in cash. The deal for the California based biotech firm is worth $68 per share, compared to Friday’s close of $25.03.

3M (MMM): [DOWNGRADE] Citi downgraded 3M to “neutral” from “buy,” pointing to litigation risks related to the group of chemicals known as PFAS.

Skechers (SKX): [NEWS] Should see earnings growth on pace with Nike (NKE), according to an article in Barron’s. The paper points out that despite Skechers shares rising more than 75% this year, it still trades at just 16 times earnings compared to 30 for Nike.

Spark Therapeutics (ONCE): [NEWS] Swiss drug maker Roche has extended its takeover offer for the US biotech firm to Dec. 16. Both U.S. and U.K. officials are still in the process of reviewing the $114.50 per share bid.

Capital One (COF): [NEWS] The bank’s shares are priced at a 25% discount to large diversified banks, with a Barron’s article saying the shares have a chance to climb significantly.

Truist Financial (TFC): [NEWS] The merger of equals between BB&T and SunTrust has been completed, with the combined bank renamed Truist Financial and the shares trading on the New York Stock Exchange under the ticker “TFC.”