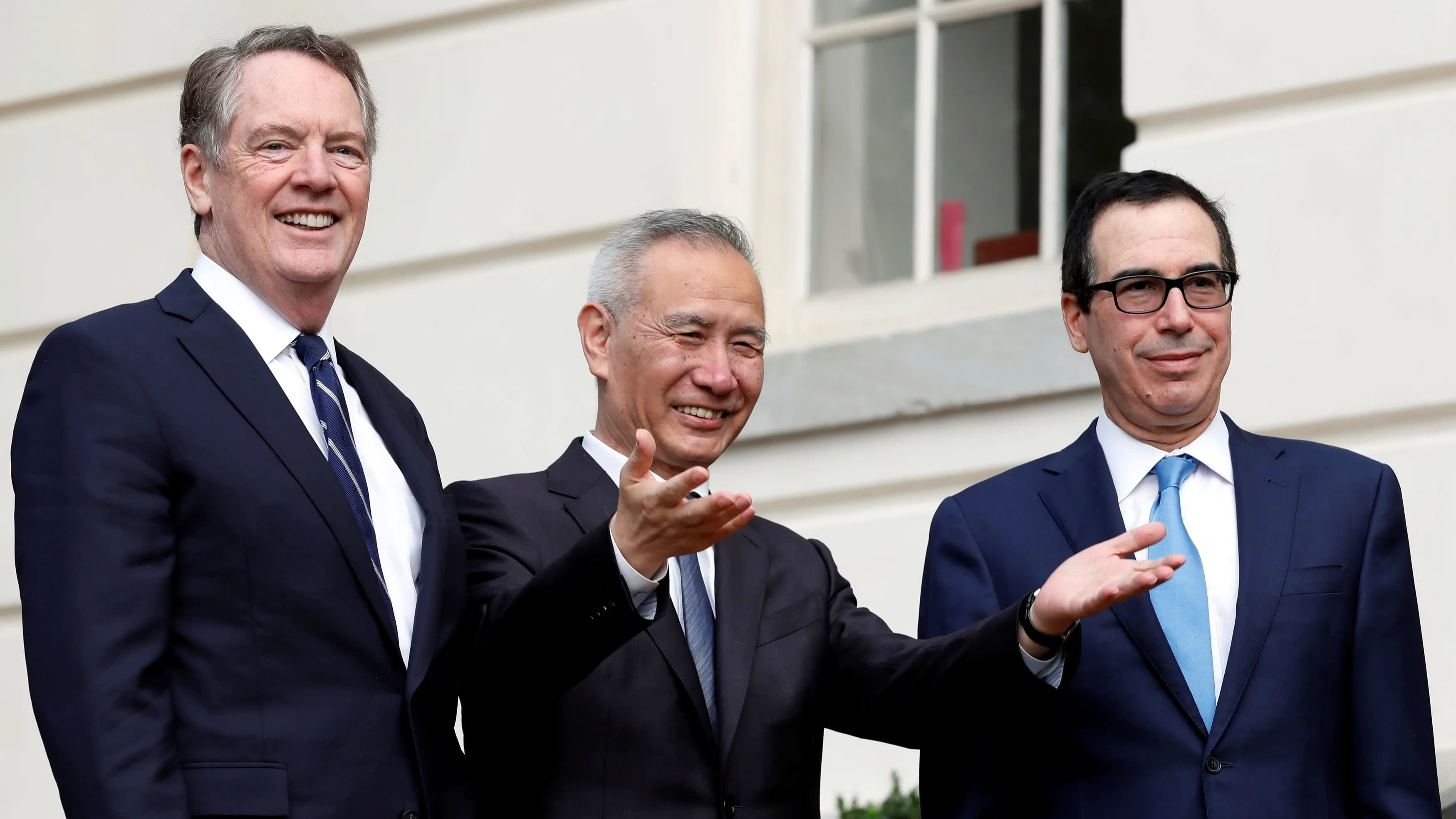 US stock futures rallied on Friday, following reports that the first day of high-level US-China trade negotiations went better than expected; raising the prospect of a resolution to the 15-month dispute between the world's two largest economies.

President Donald Trump told reporters in Washington that negotiations with China went “very, very well" on Thursday, while announcing his plans to meet “with the vice premier over at the White House”, when talks resume later today, on Friday.

Their sit-down would mark a substantial improvement in US-China relations since an ad-hoc agreement on trade was reached, and then abandoned, during the June G-20 Summit.

While few details are known about yesterday’s meeting, analysts suggest that the two sides could agree on easy-to-enact policies, such as currency manipulation and agricultural purchases, in order to avoid the tariff increases, set to take effect next week and in December.

US stocks closed higher on Thursday as investors took an optimistic stance ahead of these high-level trade talks in Washington.

Ahead, in today's economic calendar, Friday includes; Import and Export Prices for September at 8:30am EST, followed by Consumer Expectations and Sentiment for October at 10am EST.

In corporate news; Fastenal (FAST) is the only major company scheduled to report its earnings today.

TODAY'S TOP HEADLINES
Energy & Oil: Iran Oil Tanker Hit by Missiles in Red Sea Near Saudi Arabia. (Bloomberg)
Iran said missiles struck one of its tankers in the Red Sea, the latest in a series of attacks on oil infrastructure in the region that have roiled energy markets.

Fastenal (FAST): [EARNINGS] Reported quarterly profit of 37 cents per share, 2 cents a share above estimates. Revenue came in slightly above Wall Street forecasts. Fastenal’s results were helped by higher unit sales, as well as higher prices that had been implemented to mitigate the impacts of general and tariff-related inflation.

The Trade Desk (TTD): [UPGRADE] Upgraded to “outperform” from “sector perform” at RBC Capital, based on a compelling valuation following a 32% decline, as well as strong fundamentals.

Ford (F): [NEWS] Said China sales fell 30% during the third quarter, with the automaker delivering about 131,000 vehicles from July through September. Ford’s China sales had fallen by about 36% in the first quarter and about 22% in the second quarter.

Johnson & Johnson (JNJ): [UPGRADE] Bernstein upgraded J&J to “outperform” from “market perform,” saying the worst-case scenario regarding legal liabilities is now priced in, and that the valuation is “historically cheap.”