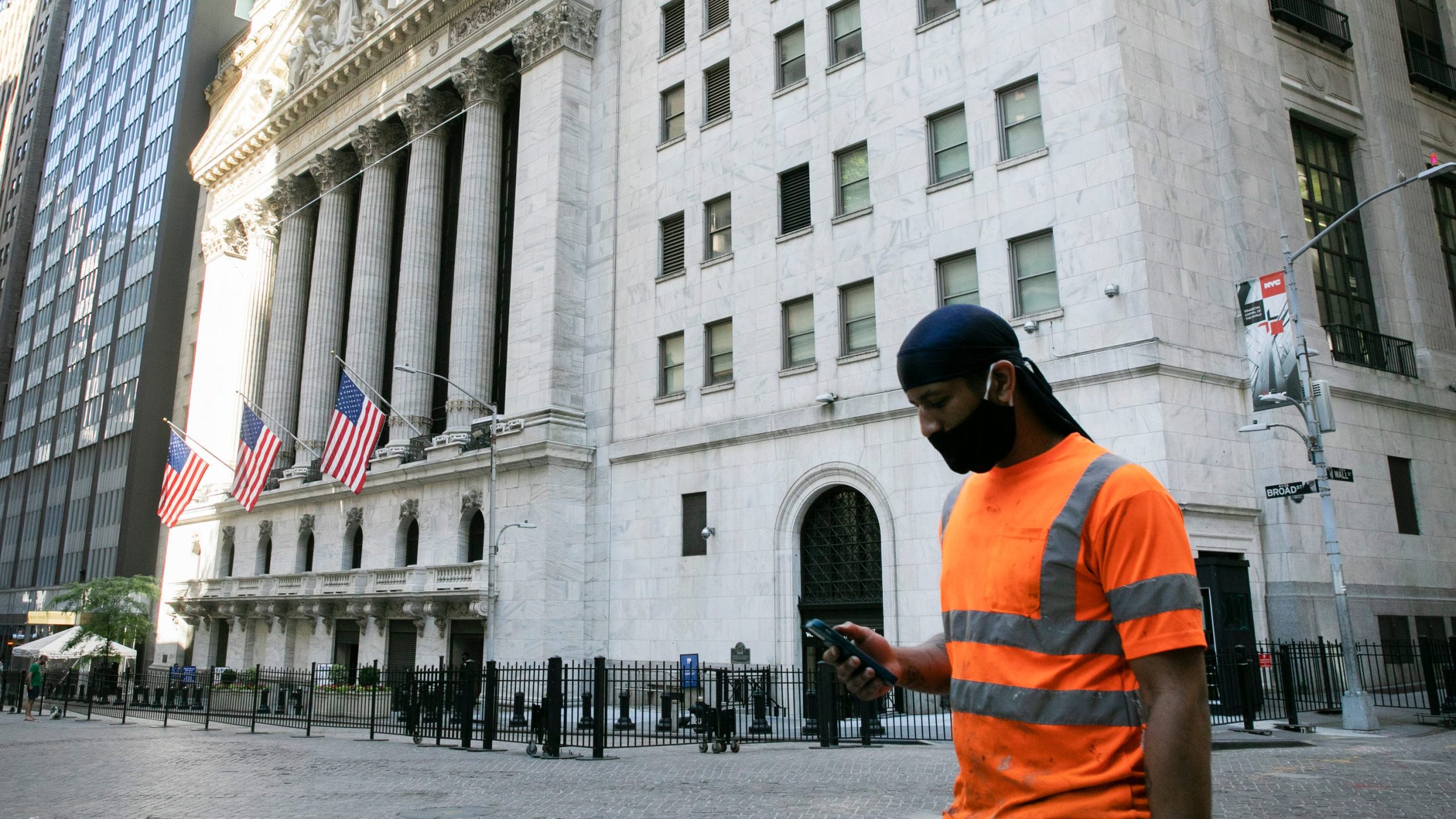 US equity futures fluctuated on Thursday, as the street weighed reports of fresh progress in containing a Covid-19 outbreak in Beijing, China.

The shift came after a top Chinese virus expert told reporters that new cases in the capital were curbed and brought back under control.

The picture for global markets continues to remains complex however, as investors balance increased coronavirus-related hospitalizations in Texas, Arizona and North Carolina against positive economic news, as well as a flood of promised government and stimulus measures.

Ahead, data on the number of Americans filing for unemployment, due out at 8:30am EST, will offer insights into the US labor market.

In corporate news; Kroger (KR) and Designer Brands (DBI) will both report their latest financials today.

TODAY'S TOP HEADLINES
China: Bank of England Steps Up With Bond-Buying. (Bloomberg)
The BOE intensified its response to pandemic by expanding its bond-buying program, taking another step in the uphill battle to lift the economy out of the worst recession in centuries.

Carnival (CCL): [EARNINGS] Reported a preliminary quarterly loss of $3.30 per share, wider than the anticipated loss of $1.56 per share. Carnival’s preliminary revenue figure is also below current consensus. Carnival said it expects a net loss for the second half of this year, but is seeing growing demand for 2021 bookings.

Ford (F): [NEWS] Said it would offer hands-free driving in its new Mustang Mach-E model. The all-electric crossover will go on sale later this year, but the “Active Drive Assist” software won’t be available until the fall of 2021.

Kroger (KR): [EARNINGS] Reported quarterly earnings of $1.22 per share, beating the consensus estimate of $1.09 a share, with revenue above estimates as well. Kroger said it expects to exceed the outlook it issued April 1.

Spotify (SPOT): [NEWS] Has struck a deal with Kim Kardashian West for a criminal justice podcast, according to The Wall Street Journal. Kardashian West will co-produce and co-host the podcast with TV producer Lori Rothschild Ansaldi.

U.S. Steel (X): [NEWS] Raised $429 million through a common stock offering of 50 million shares. Separately, the steelmaker said it intended to pay its quarterly dividend, but may not declare or pay future dividends at the prior rate or at all depending on its financial condition.

Tesla (TSLA): [NEWS] Jefferies raised its price target on the automaker’s stock to a Street-high $1,200 per share from the prior $650 a share, saying the gap with competitors is widening both in terms of product and battery technology. Separately, Glass Lewis joined rival proxy firm ISS in recommending against the re-election of Robyn Denholm as Tesla board chairwoman. Glass Lewis is concerned about an arrangement in which CEO Elon Musk is personally paying for directors and officers liability insurance.

Hertz Global (HTZ): [NEWS] Suspended its plan to sell $500 million in shares, after the Securities and Exchange Commission said it planned to review the offering. A bankruptcy judge had approved the idea last week, though Hertz had warned the shares could potentially become worthless in a bankruptcy proceeding.

BP (BP): [NEWS] Raised $12 billion in new debt, according to a report in the Financial Times. The energy producer had announced a $17.5 billion write-off in the value of its assets earlier this week, after slashing its long term oil and gas price forecasts.

T-Mobile US (TMUS): [NEWS] Will close the $1.4 billion deal to sell its Boost Mobile unit to Dish Network (DISH) on July 1. The sale of Boost Mobile was required as part of the Justice Department’s approval of T-Mobile’s Sprint acquisition. Separately, the wireless carrier issued an improved outlook for its current quarter performance.

Fitbit (FIT): [NEWS] Google’s planned acquisition of the fitness tracker maker is under scrutiny by Australian regulators, who are expressing concern that the deal may hurt competition in the digital advertising and health markets. Australia is the first country where competition concerns have been expressed about the $2.1 billion transaction.