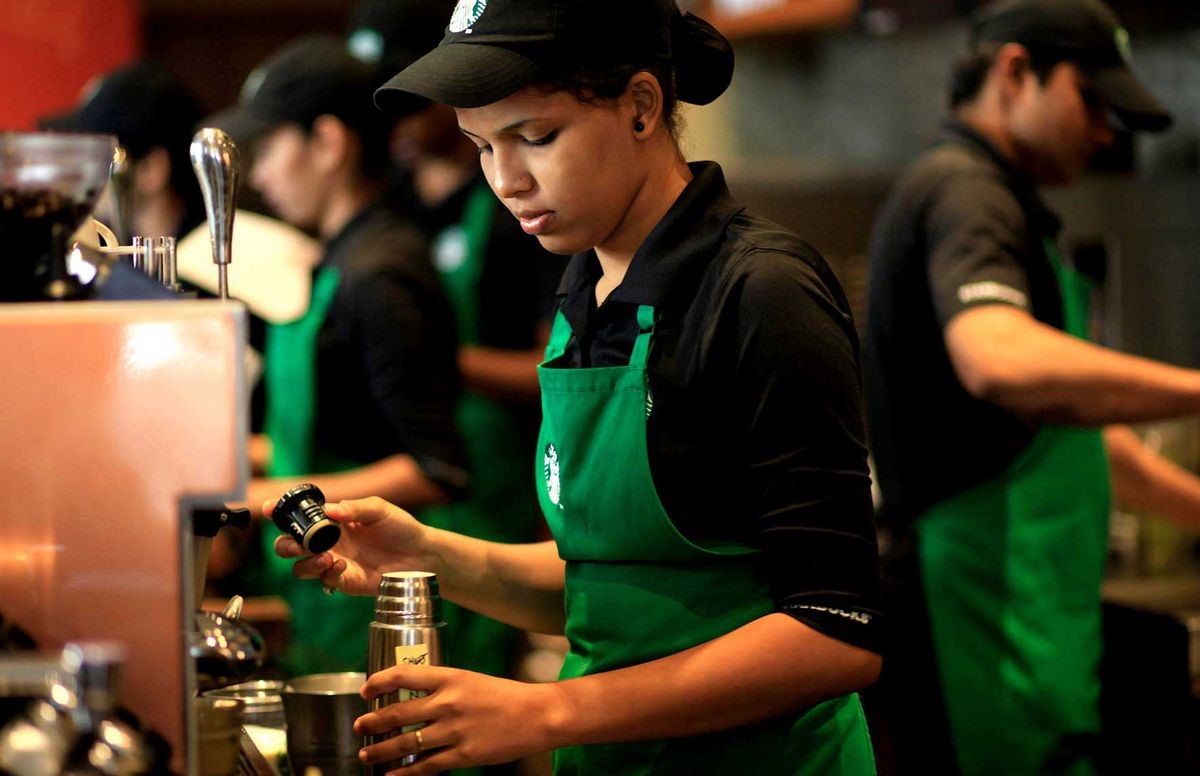 Global stocks rose on Friday, as investors counted down to November's US jobs report, which economists are anticipating to show positive job creation, ahead of a looming tariff deadline between the US and China.
Prospects for an accord could either be helped or hindered by today’s jobs report, which will help show whether escalating levies have affected levels of employment in the world’s largest economy.

Economists surveyed by data provider FactSet expect US employers to have added jobs at a solid pace during November, with nonfarm payrolls increasing by 180,000, up from 128,000 in October.

Ahead, today’s economic calendar includes; Nonfarm Payrolls and Unemployment Rate data for November at 8:30am EST, followed by Consumer Expectations and Sentiment for December at 10am EST.

Political risks are also on the horizon, with the US House of Representatives moving toward a vote to impeach President Donald Trump and less than a week to go before the UK general election.

In corporate news; Big Lots (BIG) and Genesco (GCO) will both report today, before market open.

TODAY'S TOP HEADLINES
China & Trade: China to Waive Trade War Tariffs for Some US Soy, Pork Purchases. (Bloomberg)
China is in the process of waiving retaliatory tariffs on imports of US pork and soy by domestic companies, a procedural step that may also signal a broader trade agreement with the US is drawing closer.

Genesco (GCO): [EARNINGS] Earned an adjusted $1.33 per share for the third quarter, beating the $1.08 per share consensus estimate. Revenue was below forecasts, but a comparable-store sales increase of 3% beat the 1.7% estimate of analysts surveyed by Refinitiv. Genesco also raised its full-year earnings outlook.

Ulta Beauty (ULTA): [EARNINGS] Reported quarterly earnings of $2.25 per share, 12 cents a share above estimates. Revenue and comparable sales were essentially in line with forecasts. Ulta’s results were boosted by sales of its higher-margin cosmetics products.

Big Lots (BIG): [EARNINGS] Reported an adjusted loss of 18 cents per share for its latest quarter, 2 cents a share smaller than expected. Revenue came in slightly above Street forecasts. Comparable-store sales were down 0.1%, versus the 0.1% increase predicted by analysts surveyed by Refinitiv. Big Lots also said it expects a return to earnings growth in 2020.

American Outdoor Brands (AOBC): [EARNINGS] Beat estimates by 2 cents a share, with adjusted quarterly profit of 9 cents per share. The Smith & Wesson parent’s revenue also came in above estimates and the company boosted its full-year outlook as gun demand stabilizes.

Zoom Video Communications (ZM): [EARNINGS] Earned an adjusted 9 cents per share for its latest quarter, 6 cents A share above estimates. The video platform provider’s revenue beat Street forecasts as well, however its shares came under pressure on signs that revenue growth is slowing.

CrowdStrike (CRWD): [EARNINGS] Lost 7 cents per share for its third quarter, smaller than the 11 cents a share loss expected by Wall Street. The cybersecurity company’s revenue beat estimates as well, and the company projected smaller-than-expected losses for the current quarter.

Tesla (TSLA): [REVIEW] Morgan Stanley raised its “bull case” price target on Tesla to $500 a share from $440 per share. The firm’s overall price target for the automaker’s stock remains at $250, but the report said the bull case could play out if the Cybertruck is a success and a more optimistic scenario in China comes to pass.

Uber Technologies (UBER): [NEWS] Said it received more than 3,000 reports of sexual assault in the US last year, down 16% from a year earlier. The numbers come from the ride-hailing company’s first US Safety Report, which it plans to issue every two years in an effort aimed at showing its focus on rider safety. The report also details the company’s safety improvement efforts.

Okta (OKTA): [EARNINGS] Lost an adjusted 7 cents per share for the third quarter, smaller than the 12 cents a share loss predicted by analysts. The identity technology company also reported revenue that exceeded expectations.

Tapestry (TPR): [DOWNGRADE] Downgraded to “in line” from “outperform” at Evercore, based on a shift by consumers to a more casual lifestyle with an emphasis on sneakers and athletic wear.