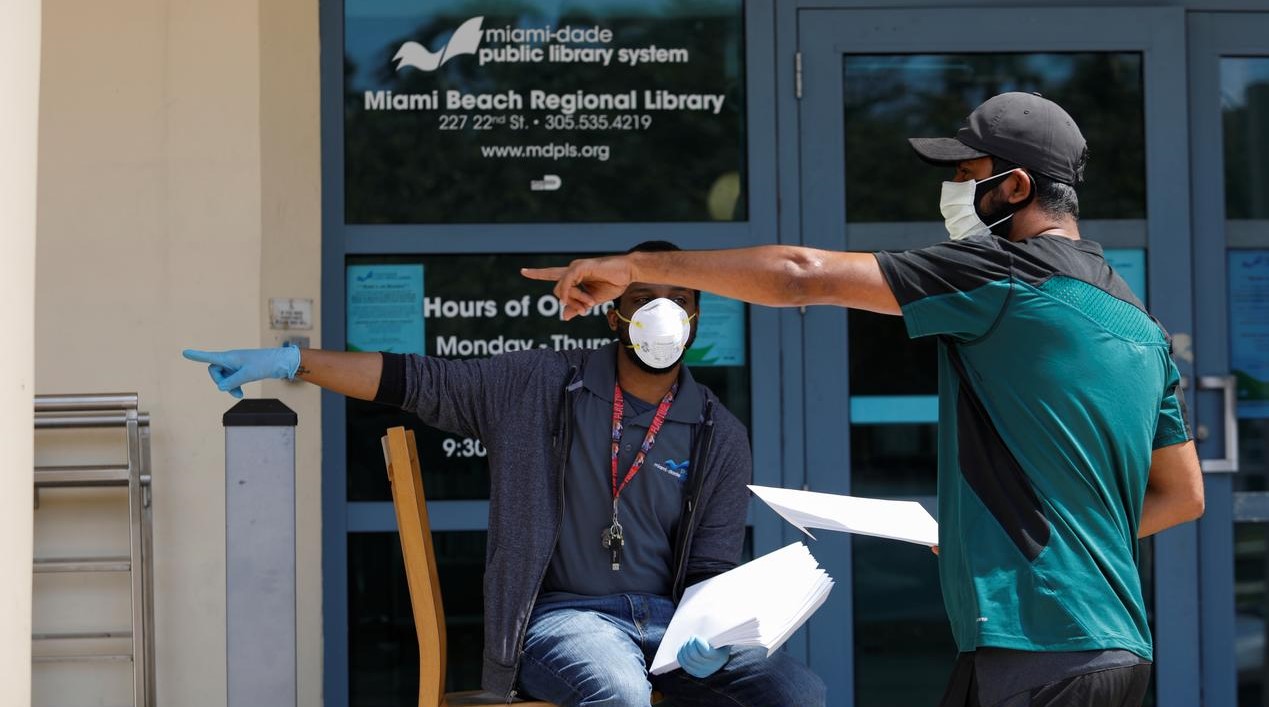 US stock futures rose on Friday, as investors cheered various stimulus measures across the globe and shrugged off data that could show one-in-five Americans as being unemployed.

Despite the grim data, the street is optimistic that job cuts have been focused in sectors like services and temporary work, where jobs are traditionally cut and re-added relatively swiftly.

Separately, fiscal and monetary aid measures from Europe exceeded expectations this week, while reports show the Trump administration
expects to spend $1 trillion in their next round of economic stimulus.

The S&P 500 is on track for its third consecutive week of gains.
Ahead, today’s economic calendar includes; the US Non-Farm Payrolls and Unemployment Rate reports for May at 8:30am EST.

Economists expect the US to have cut 8 million jobs last month, down from April's contraction of 20.5 million. The unemployment rate is forecast to rise to nearly 20% in May; with many economists believing that May was the worst month for the jobs market since records began.

TODAY'S TOP HEADLINES
Economy: Unemployment Expected To Hit Postwar High. (The WSJ)
The US unemployment rate likely soared in May to a new post-World War II high, though there are signs the labor market is slowly mending from the coronavirus pandemic and related shutdowns.

Slack Technologies (WORK): [EARNINGS] Lost 2 cents per share for the first quarter, smaller than the 6 cents a share loss that Wall Street had been anticipating. The messaging platform company’s revenue also beat forecasts, but growth in its paid customer base slowed. Slack withdrew its 2021 billings forecast due to pandemic-related uncertainty.

RH (RH): [EARNINGS] Reported quarterly profit of $1.27 per share, beating the consensus estimate of 81 cents a share. The Restoration Hardware parent’s revenue was also above Wall Street forecasts. The home furnishings retailer said that the second quarter is seeing a strong rebound in business.

DocuSign (DOCU): [EARNINGS] Beat estimates by 2 cents a share, with quarterly earnings of 12 cents per share. The provider of digital security technology’s revenue beat estimates as well. DocuSign also gave better-than-expected guidance for the current quarter and the full year.

Uber (UBER): [NEWS] Uber’s Uber Eats service launched a feature that lets US and Canadian customers easily find and order food from black-owned restaurants. The introduction of the feature follows nationwide protests over the death of George Floyd while in police custody.

Netease (NTES): [NEWS] Raised at least $2.7 billion in a secondary stock offering in Hong Kong, according to sources who spoke to Reuters. The Chinese online gaming firm also has the option of selling an additional 25.72 million shares under a so-called “greenshoe” option.

Kontoor Brands (KTB): [EARNINGS] Upgraded the maker of Lee and Wrangler jeans to “positive” from “neutral,” noting growth in orders from mass retailers and the fact that a temporary suspension of dividend payments has already been priced into the stocks.

Zumiez (ZUMZ): [EARNINGS] Lost 79 cents per share for its latest quarter, wider than the 54 cents a share loss that analysts were predicting. Revenue was also below forecasts, with sales impacted by virus-related store closures.

Gap (GPS): [EARNINGS] Lost $2.51 per share for the first quarter, wider than the 67 cents a share loss that analysts were expecting. The apparel retailer’s revenue was also below forecasts, amid pandemic-related store closures, although Gap noted an improvement in online sales. Gap also said 55% of its company-owned North American stores are now open.

Broadcom (AVGO): [EARNINGS] Matched estimates with quarterly earnings of $5.14 per share, with the chipmaker’s revenue slightly above forecasts. Broadcom said it had only a limited impact from Covid-19, and saw a surge in demand from cloud customers. It also noted a negative impact from supply-chain constraints, however, and gave a current-quarter revenue forecast below consensus. Following the earnings report, Piper Sandler named the stock a “top pick” based on upbeat prospects for the next 12 to 24 months.