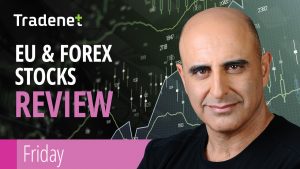 The dollar traded sideways as investors await the meeting between US President Trump and China leader Xi this weekend at the G20 in Argentina. FX markets traded in narrow ranges as investors gear for the outcome of the G20 on the trade war. Global equity markets traded mostly near the flat line, EU slightly higher and US markets a tad lower after the rally on Wednesday faded. Oil reversed from year lows to close at 51.22$ per barrel after trading as low as 48.4$ per barrel earlier. This comes after eight consecutive week of slide in oil prices, from 77$ per barrel two months ago to a 51.22$ close yesterday, a 33% drop. Next for oil are OPEC meetings and the proposed production cuts on one hand and the rising US output which stands now at all time highs on the other.

G20 meetings all day and the CAD GDP at 1:30 am are the important news on the agenda Friday.