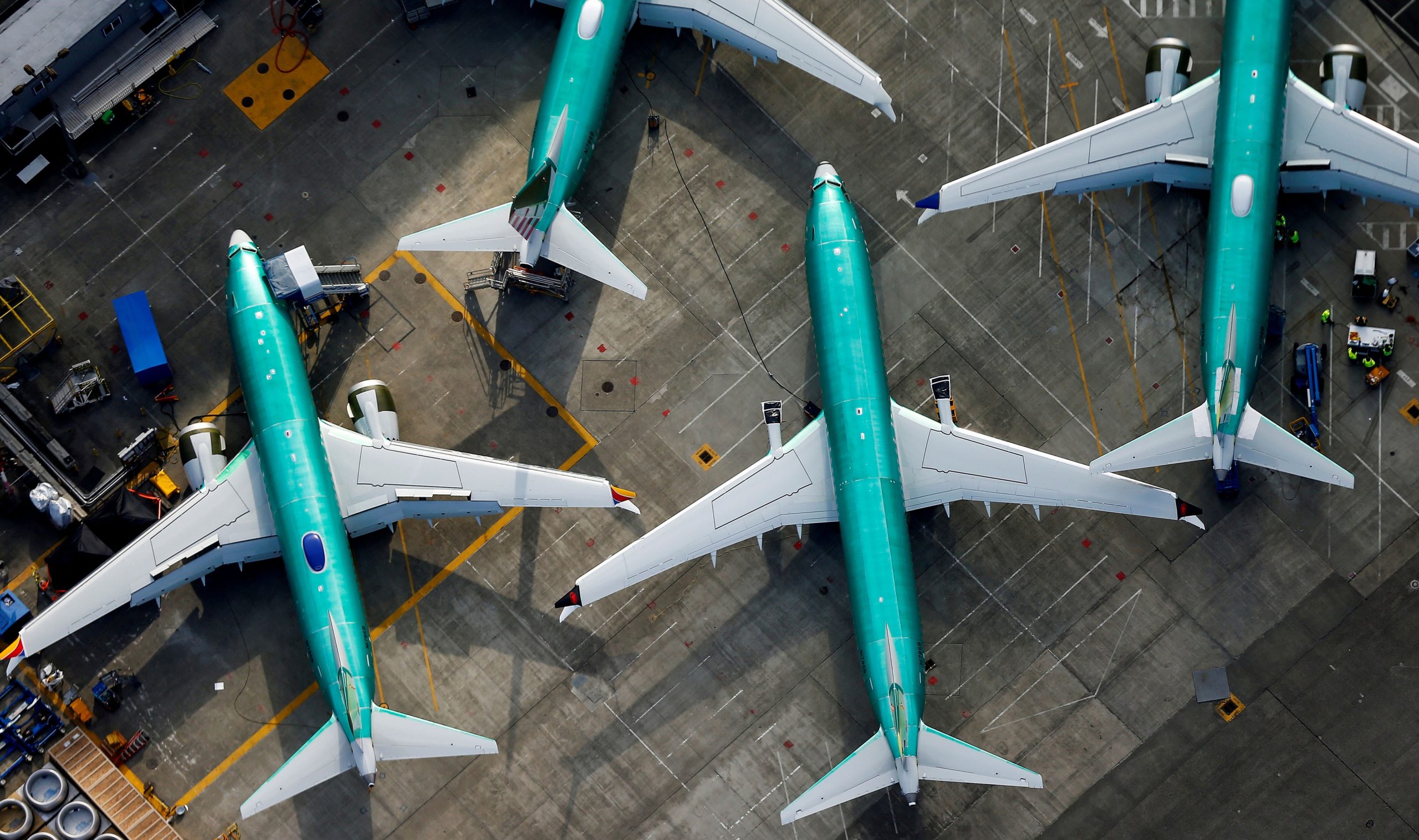 Today's US GDP report lands just hours before a Fed policy decision,
amidst challenges dissimilar to any in the recent past, as countries around the world discuss how to restart activity, with hard-hit nations like Spain saying they need at least eight weeks to lift restrictions.

The street will seek to learn more about how long the Fed expects the economic downturn to last at Powell’s 2:30pm EST press conference.

Powell's insights on the specific tools and options available to the Fed, if the situation deteriorates further, will be of particular interest as the pandemic triggers a pronounced contraction in economic output.

TODAY'S TOP HEADLINES
Economy & Coronavirus: Coronavirus Likely Led to Biggest Quarterly GDP Decline in Decade. (Bloomberg)
The pandemic’s spread in the US likely triggered the biggest quarterly economic contraction in over a decade, the start of what forecasters expect is an even steeper decline in the first half of 2020.

Alphabet (GOOGL): [EARNINGS] Reported quarterly earnings of $9.87 per share, missing the consensus estimate of $10.33. The Google parent’s revenue beat Street forecasts. The company said the current quarter would be a difficult one for Google’s advertising business due to the impact of the coronavirus outbreak.

WW (WW): [EARNINGS] Lost an adjusted 4 cents per share for the first quarter, smaller than the 23 cents a share loss predicted by analysts. The Weight Watchers parent’s revenue came in very slightly above estimates, and saw subscriber rolls jump by 9%.

Spotify (SPOT): [EARNINGS] Reported a smaller-than-expected loss, with revenue essentially in line with forecasts. The company added more users in both the paying and ad-supported categories, however it lowered its revenue guidance for the year as ad sales fall due to the pandemic.

General Electric (GE): [EARNINGS] Reported quarterly profit of 5 cents per share, below the consensus estimate of 8 cents a share. Revenue came in above forecasts. CEO Larry Culp said the coronavirus outbreak materially challenged first-quarter results, with an impact of $700 million on operating profit.

iRobot (IRBT): [EARNINGS] Reported a quarterly loss of 32 cents per share, smaller than the consensus forecast of 47 cents a share loss. The maker of the Roomba robotic vacuum cleaner’s revenue beat Street forecasts, although it also said the current economic environment will weigh heavily on a consumer’s decision to buy its products.

AMC Entertainment (AMC): [NEWS] Said it would no longer show movies produced by Comcast’s (CMCSA) Universal Pictures unit in its theaters. That comes in response to the NBCUniversal and CNBC parent’s plans for future releases, which include digital releases when “that distribution outlet makes sense.” Universal recently released its “Trolls: World Tour” movie directly to streaming platforms, with movie theaters closed due to the coronavirus outbreak.

FireEye (FEYE): [EARNINGS] Lost 2 cents per share for its latest quarter, better than the 4 cents a share loss that Wall Street had projected. The cybersecurity company’s revenue also topped estimates. FireEye gave a weaker-than-expected forecast and announced it was laying off workers.

Ford (F): [EARNINGS] Lost 23 cents per share for the first quarter, nearly double the 12 cents a share loss that analysts were anticipating for the automaker. Revenue also fell short of forecasts, and Ford warned that its $2 billion loss would more than double during the current quarter. Ford also said it had enough money to weather the pandemic through the end of 2020.

Hasbro (HA): [EARNINGS] Came in a penny a share short of estimates, with quarterly earnings of 57 cents per share. Revenue was just below forecasts. The toymaker saw a 40 percent jump in games category sales during the quarter, but expects sales of its toys and games to fall in the current quarter due to the coronavirus outbreak.

Anthem (ANTM): [EARNINGS] Matched analysts’ forecasts, with quarterly earnings of $6.48 per share. Revenue topped expectations. Overall results were hurt by weaker sales for its employer-sponsored health plans, although it benefited overall from higher premiums. Anthem is also standing by its prior full-year forecast.

Yum Brands (YUM): [EARNINGS] Profits fell 68% from a year earlier, falling one cent a share shy of estimates with profit of 64 cents per share. Global same-store sales for the operator of KFC, Taco Bell, and Pizza Hut fell 7% during the quarter as many restaurants closed due to the pandemic.

LabCorp (LH): [EARNINGS] Reported better-than-expected revenue and profit, and expects to deliver solid earnings and free cash flow this year. The company is withdrawing 2020 guidance due to the pandemic, however, and taking other actions including furloughing workers, delaying hiring, and suspending 401(k) contributions.

Garmin (GRMN): [EARNINGS] Beat estimates by 7 cents a share, with quarterly profit of 91 cents per share. Revenue came in above projections as well. The company said it had strong momentum during the quarter ahead of the coronavirus outbreak, but is withdrawing 2020 guidance due to uncertainty surrounding the pandemic.

ADP (ADP): [EARNINGS] Came in 3 cents a share ahead of estimates, with quarterly earnings $1.92 per share. Revenue beat forecasts as well, however the company lowered its earnings and revenue outlook for the year.

Mondelez (MDLZ): [EARNINGS] Came in 3 cents a share ahead of estimates, with the snack maker reporting quarterly earnings of 69 cents per share. Revenue beat estimates, as the maker of Oreo cookies saw consumers stockpile food items as the Covid-19 pandemic spread. The company withdrew its 2020 forecast due to uncertainty surrounding the impact of the virus.

Uber Technologies (UBER): [NEWS] Chief Technology Officer Thuan Pham is resigning effective May 17. Separately, Uber is reportedly considering laying off as much as 20% of its workforce, or about 5,400 workers. In response, the company said it is looking at “every possible scenario” to weather the current crisis.