Russell 2000: One Door Closes, Another Opens! 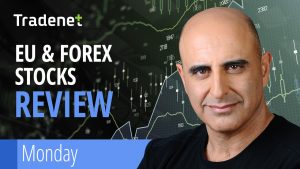 The story being hawked by the business media is that the market is struggling to regain its footing for another upsurge. When considering that the S&P 500 closed the week off 0.56% and that the blue-chip Dow shed 0.62%, that seems like a fair assessment!

What’s evaded the observation of a lot of business media commentators is that we’ve seen a huge undercurrent of strength in the small-cap stocks. The Russell 2000 (IWM) closed the week up 1.27% and some sectors, like energy stocks (XLE), recorded nice gains of over 1.5% last week. One of the riveting small-cap sectors of late has been biotech, which has seen a liquidity injection.

When large and familiar stocks like Amazon (AMZN) and Facebook (FB) are not rallying and leading indexes higher, that certainly leads to a confused narrative when we focus too much on what the media is saying. For the business media, the Dow Jones is the market, plain and simple! For them, the only thing that matters is the 30 largest U.S. companies, i.e. the blue-chip Dow!

The big problem the market is facing at present is that there isn’t a strong current of news that traders can respond to. The earnings season is behind us, the trade war drama has gone down an octave and the political soap opera in the Oval Office hasn’t provided news-worthy events for traders to play to their advantage. We did see the market respond to news pertaining to difficulties that surfaced with the North Korea summit, but it proved itself little more than an excuse for computerized algorithmic programs on Wall Street to shake things up for no more than a few minutes.

The week’s big story, then, was the outperformance of small-caps and the fact that the Russell 2000 broke up to a new all-time high, the leading market indexes lagging far behind. As of now, the S&P 500 and the other large stock market indexes still look technically promising, but aren’t offering a clear, persuasive direction. More than anything, it’s been a story of sideways trading, support and resistance level far from the firing zone!

This is the last full week of May, and as the summer season approaches, the Economic Diary and earnings reports go into slow mode like the heartbeat of an animal going into hibernation. On Tuesday, investors will focus on the earnings report of Hewlett-Packard (HPE) and the retail chain, TJX. On Wednesday, earnings reports are expected from LB, TGT, and TIF.