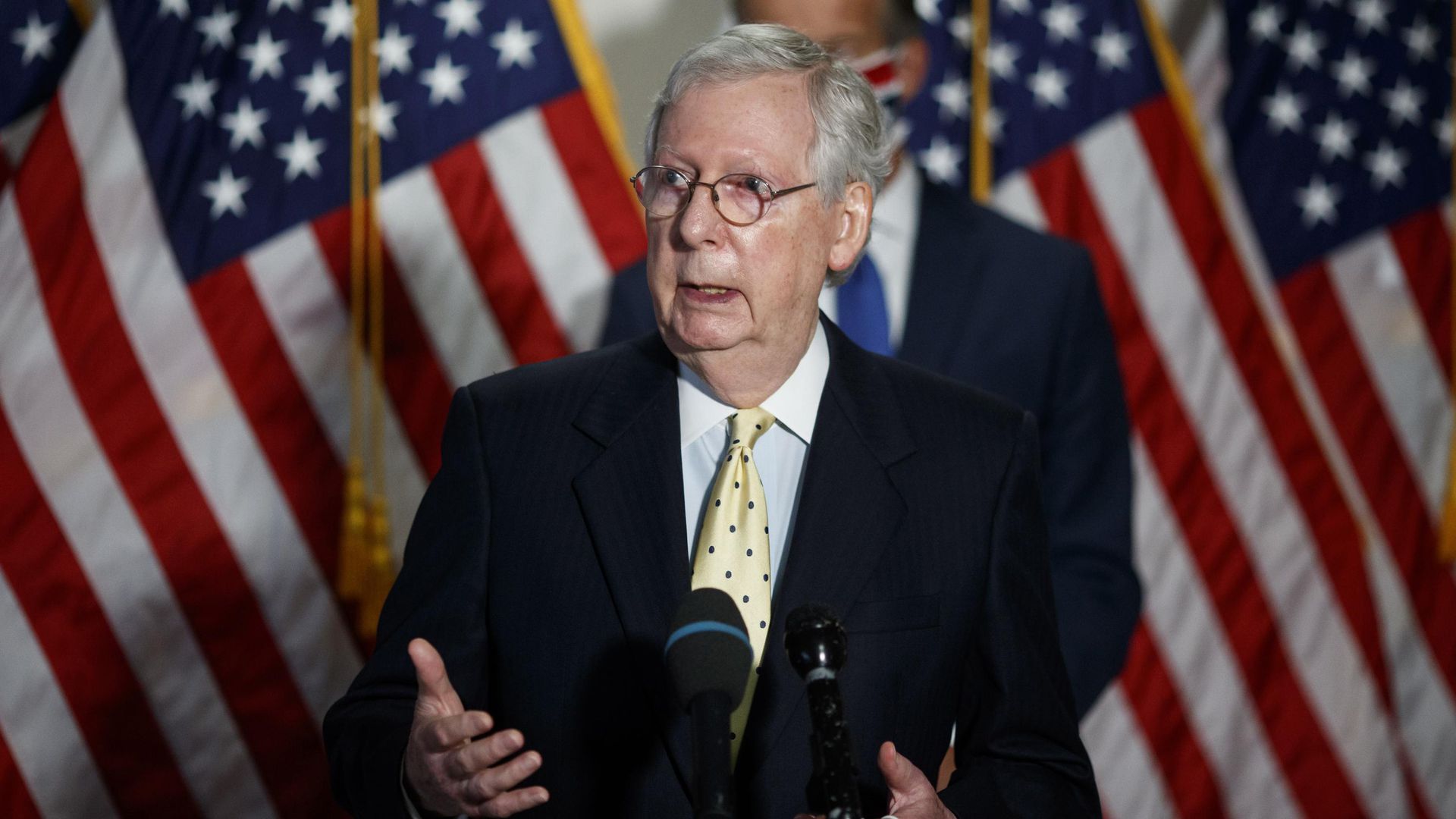 EU stocks erased their gains and US stock futures fell, as optimism faded during the busiest week of the second quarter earnings season.

Health officials are tackling rising virus cases in countries ranging from Japan to Germany, underscoring the difficulty of curbing the pandemic.

Investors are largely focusing on guidance for the second half of the year as they seek to assess the pace of recovery for major businesses.

Meanwhile, US lawmakers are continuing efforts toward the country’s next fiscal stimulus. Republicans presented a $1 trillion proposal as a compromise with Democrats, who have their own $3.5 trillion plan.

The current version of the plan, which will need to secure the backing of Democrats, suggests cutting the federal $600 weekly unemployment supplement to $200 through September, when the payment will then combine with state benefits to replace 70% of previous wages.

Gold, often perceived as a safe-haven asset, hit a new intraday record of $1,974.70 an ounce earlier today, before reversing to trade lower.

STOCKS IN THE SPOTLIGHT
Pre-Market Movers & News Related Stocks.
McDonald’s (MCD): [EARNINGS] Reported quarterly profit of 66 cents per share, shy of the 74 cents a share consensus estimate. Revenue came in above Wall Street projections. Comparable-restaurant sales were down 23.9% globally, slightly wider than the 22.8% consensus estimate. U.S. comparable sales were better than expected, however, falling 8.7% compared to a consensus estimate of a 10.6% decline. McDonald’s also saw comparable sales improve sequentially through the three months of the quarter.

3M (MMM): [EARNINGS] Reported quarterly earnings of $1.78 per share, 2 cents a share below estimates. Revenue was also shy of forecasts. The company said results were significantly impacted by the Covid-19 pandemic.

Pfizer (PFE): [EARNINGS] Beat estimates by 12 cents a share, with quarterly earnings of 78 cents per share. Revenue also beat estimates. Separately, Pfizer and partner BioNTech (BNTX) launched a late state study of their COVID-19 vaccine candidate. If the study is successful, the vaccine could be submitted for Food and Drug Administration approval as early as October.

Polaris (PII): [EARNINGS] Reported quarterly earnings of $1.30 per share, more than double the consensus estimate of 63 cents a share. Revenue also came in above forecasts, propelled by a 57% increase in North American retail sales.

DR Horton (DHI): [EARNINGS] Saw quarterly profit come in 42 cents a share above estimates at $1.72 per share. Revenue also came in above Wall Street forecasts, helped by what it called “increased buyer urgency” due to low mortgage rates and limited supply.

Harley-Davidson (HOG): [EARNINGS] Posted an unexpected loss of 60 cents per share, compared to expectations of a 4 cents per share profit. Revenue was well below analysts’ forecasts as well as the pandemic hurt sales.

LabCorp (LH): [EARNINGS] Earned $2.57 per share for its latest quarter, well above the $1.00 a share consensus estimate. Revenue was also above forecasts, amid a surge in Covid-19 test volume. LabCorp is continuing to withhold any 2020 guidance due to uncertainties surrounding the pandemic.

Sherwin-Williams (SHW): [EARNINGS] Earned $7.10 per share for its second quarter, above the consensus estimate of $5.85 a share. Revenue was slightly above forecasts. While some of the company’s markets were impacted by the pandemic, it did see an increase in do-it-yourself-related paint sales as consumers stayed at home due to Covid-19.

Intel (INTC): [NEWS] Said Murthy Renduchintala, its chief engineering officer, was leaving the chipmaker, just a few days after Intel announced delays in its next-generation 7-nanometer chip. He’ll depart the company on Aug. 3, after having joined Intel in 2015 from rival chipmaker Qualcomm (QCOM).

Quest Diagnostics (DGX): [NEWS]Said Covid-19 testing volume had surged, impacting test turnaround times. The medical lab operator said average result times are now two days for top priority patients and seven days for all others, adding that suppliers are doing all they can to provide sufficient quantities of chemical reagents and testing platforms.

Bausch Health (BHC): [NEWS] In a Securities and Exchange Commission filing, Glenview Capital Management disclosed a 5.9% stake in the health products maker, and said it intended to put forth proposals regarding Bausch’s operations and strategy.

Tesla (TSLA): [DOWNGRADE] Downgraded to “underperform” from “market perform” at Bernstein in a valuation call. The firm’s price target for the automaker’s stock remains at $900 per share, compared to yesterday’s close of $1,539.60.

Garmin (GRMN): [NEWS] Said its systems should be restored within the next few days, following a cyberattack that took those systems down last week. It was widely reported that the fitness and GPS device maker was the victim of a ransomware attack, but Garmin did not acknowledge a demand for or a payment of ransom.