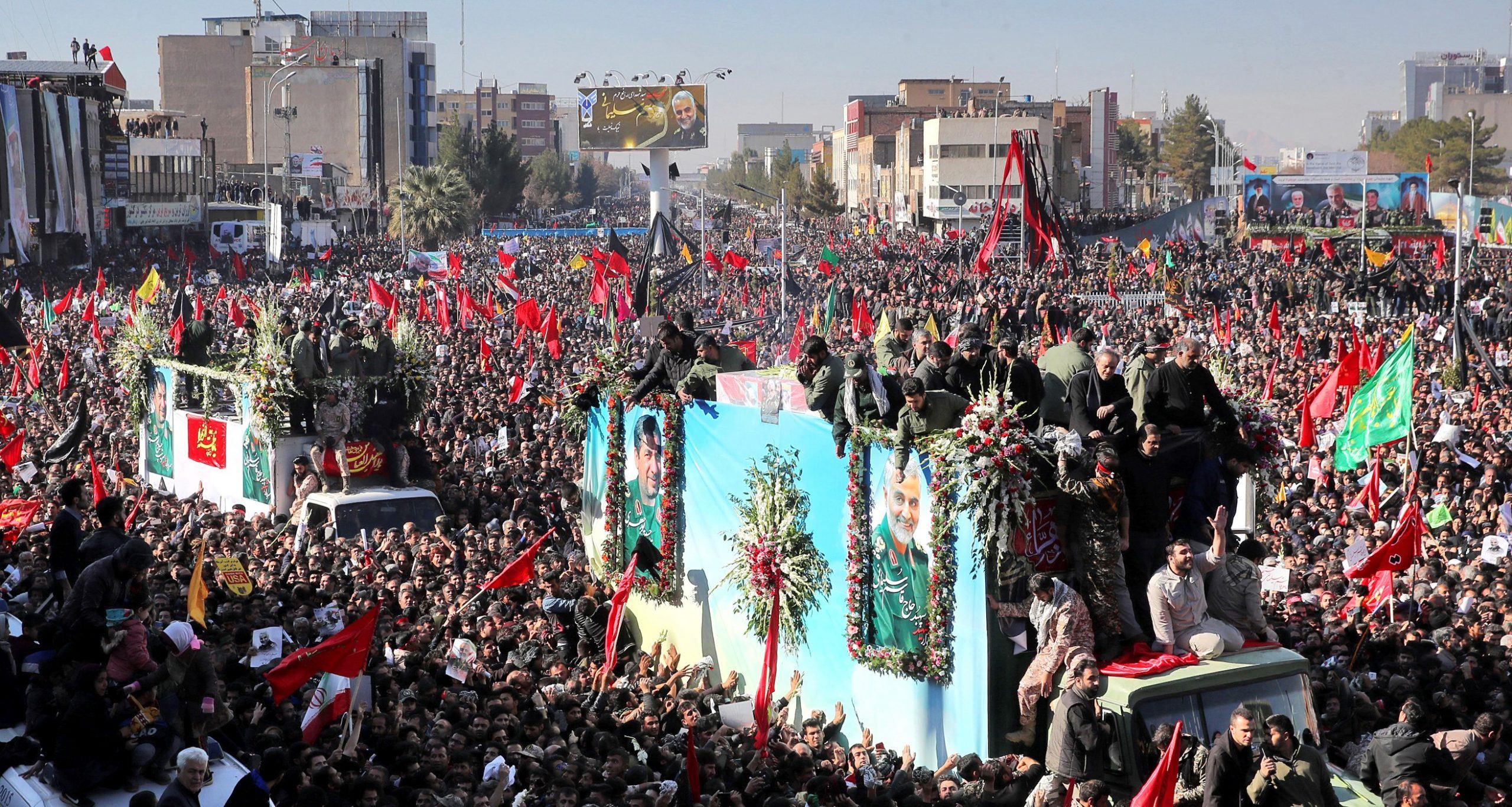 US stock futures were steady on Tuesday, while crude oil prices declined, as investors attempted to set aside their fears over escalating tensions in the Middle East.

Despite the unfolding crisis between Washington and Tehran, which triggered a broad sell-off on Friday, risk appetite has returned and big money managers are showing few signs of panic into the first full trading week of 2020.

These moves look to help extend upon yesterday’s advance, where the S&P 500 (+0.38%) rose for the third time in four sessions, erasing earlier losses, as investors seemingly overlooked these geopolitical risks and instead focused on the resilience of the US economy.

Ahead, in today’s economic calendar, Tuesday includes; International Trade for November at 8:30am EST, Factory Orders for November and the ISM Non-Manufacturing Index for December at 10am EST.

TODAY'S TOP HEADLINES
Middle East: Stampede at Funeral Procession for Iranian Commander Leaves Many Dead. (The WSJ)
At least 40 people died and more than 200 were injured in a stampede at a funeral procession for Maj. Gen. Qassem Soleimani, as Iranian authorities struggled to manage the large crowds rallying against the US’s targeted killing of the powerful military leader.

Microchip Technology (MCHP): [GUIDANCE] Issued updated guidance that projected sales for its most recent quarter at the high end of prior guidance, with the chipmaker adding that it believes the December quarter marked the bottom of the current cycle and that 2020 would see growth. Microchip’s outlook has also helped boost shares of rival Texas Instruments (TXN).

FireEye (FEYE): [UPGRADE] Upgraded to “buy” from “hold” at SunTrust Robinson Humphrey, which said recent events in Iran and Iraq have put a spotlight on cybersecurity.

CrowdStrike (CRWD): NEWS] Bloomberg reported that Credit Suisse is offering a five million share block of the cybersecurity company’s stock on behalf of a shareholder at $53.50 to $53.80 per share. The stock closed Monday at $55.11 a share.

T-Mobile US (TMUS): [UPGRADE] Upgraded to “buy” from “neutral” at Nomura/Instinet, which said that shareholders are likely to win whether or not the mobile operator’s planned merger with Sprint (S) is approved.

Pfizer (PFE): [RATING] RBC Capital began coverage of the drugmaker with an “outperform” rating, calling it its “top idea” in the large-cap pharma space. RBC cited several positive factors including an underleveraged balance sheet and a robust dividend.

Goldman Sachs (GS): NEWS] Announced an overhaul of its financial reporting structure, in an effort to increase transparency. The Wall Street Journal reports Goldman executives have been frustrated over the stock’s lack of performance, and that those executives believe the stock could trade near $400 per share.

Boeing (BA): [NEWS] Boeing and American Airlines (AAL) reached a settlement over damages incurred due to the grounding of Boeing’s 737 Max jet. Terms of the agreement were confidential, although American did say more than $30 million of the compensation will be contributed to the employee profit-sharing program.

Spirit Aerosystems (SPR): NEWS] Spirit is offering voluntary layoffs to employees, amid the Boeing supplier’s uncertainty over how long 737 Max production will remain idled. More than half of the company’s revenue comes from the production of 737 aircraft components.

Pier 1 Imports (PIR): NEWS] Will close up to 450 stores and cut jobs, as it tries to deal with ongoing losses and slumping sales. The home goods retailer also said it may not be able to continue as a going concern in a tough retail environment.

Johnson & Johnson (JNJ): NEWS] Settled a claim involving its talc products in mid-trial, according to a Bloomberg report. J&J is said to have agreed to pay more than $2 million to settle a claim that its baby powder caused cancer.

Marriott (MAR): [DOWNGRADE] Downgraded to “market perform” from “outperform” at Raymond James. The firm said the hotel operator’s stock is trading at the upper end of historical ranges after a strong 2019, with the market environment now more challenging.