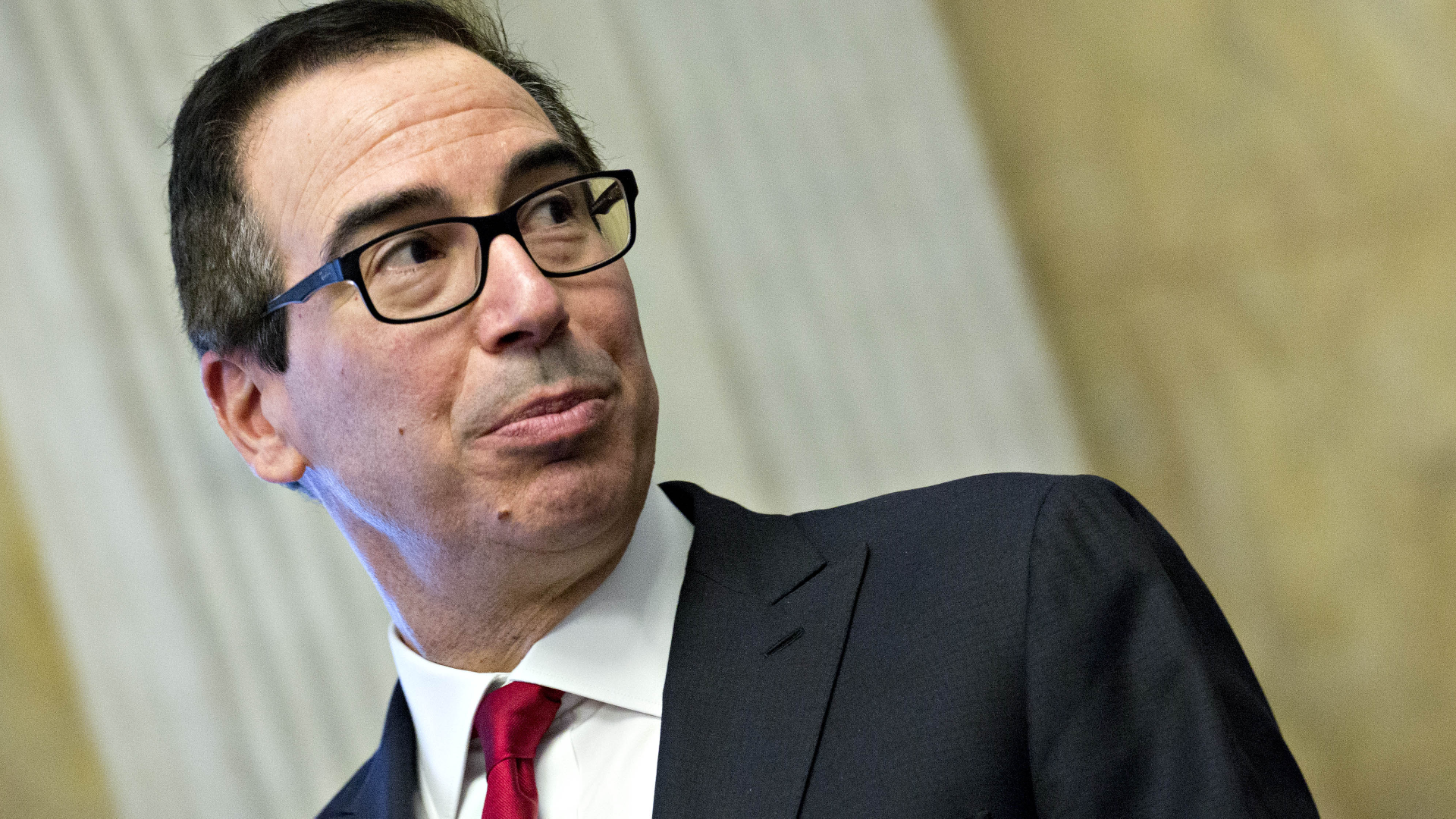 Stateside stocks futures cheered, while stocks overseas in Europe reversed earlier declines, amid a brightened assessment of US-China trade negotiation progress by the US Treasury Secretary.

Steven Mnuchin’s judgement echoed earlier remarks made in April, as he told reporters that negotiators were "90% of the way" to trade deal completion with China before talks broke down, adding; he is "hopeful" for an eventual accord as leaders of the two countries prepare to meet at the G-20 summit.

This morning’s developments, which had seemingly revived risk appetite, come after yesterday’s session, where US stocks fell the most in nearly a month as investors parsed comments from Federal Reserve Chairman, Jerome Powell, amid growing expectations of a rate cut.

Powell had defended the central bank’s independence at an event Tuesday, stating that it is "insulated" from political and market pressures as officials debated its next move on interest rates.

"The Fed is insulated from short-term political pressures, what is often referred to as our independence" Powell said, adding; "The question my colleagues and I are grappling with is whether these uncertainties will continue to weigh on the outlook and thus call for additional policy accommodation", remarks of which had trimmed hopes for an interest rate cut in July.

The S&P 500 finished -0.98% lower, securing its biggest one-day drop since May 31, having been down move than -1% just minutes before the closing bell.

The Dow Jones fell -0.71%, also its biggest drop since May 31, while the Nasdaq Composite’s lost -1.72% of its value, the index's largest decline since early June.

Ahead, in today’s economic calendar, Wednesday includes; Durable Goods Orders and Wholesale Inventories for May at 8:30am EST, followed by Oil Inventories for the week ended June 21 at 10:30am EST.

General Mills (GIS): [EARNINGS] Beat estimates by 6 cents a share, with adjusted quarterly profit of 83 cents per share. Revenue was below forecasts, however, hurt by lower snack demand in the North American market.

FedEx (FDX): [EARNINGS] Reported adjusted quarterly profit of $5.01 per share, beating the consensus estimate of $4.85, while revenue was also slightly above forecasts. However, FedEx also warned that the US-China trade dispute and the end of its contract with Amazon.com would hurt its fiscal 2020 results.

BlackBerry (BB): [EARNINGS] Earned an adjusted 1 cent per share for its latest quarter, beating the consensus for a breakeven performance. Revenue was below forecasts, but BlackBerry benefited from its purchase of cybersecurity firm Cylance.

Energizer Holdings (ENR): [UPGRADE] Upgraded to “buy” from “hold” at Deutsche Bank, which said the Street is overemphasizing declining Rayovac sales, and undervaluing positive trends in the Energizer-branded battery business.

Tesla (TSLA): [NEWS] Has delivered 49,000 vehicles in North America during the soon-to-end second quarter, according to news website Electrek. That could mean that Tesla would not meet CEO Elon Musk’s projection last month that Tesla would beat its all-time quarterly delivery record of 90,700.

Walmart (WMT): [NEWS] Walmart plans a public listing of a minority stake in its Japanese supermarket unit Seiyu, but added that it plans to keep a majority stake in the business.

Kinder Morgan (KMI): [NEWS] Will be allowed to begin work on a $2 billion natural gas pipeline in Texas without having the state’s energy regulator approve the proposed route.

Big Lots (BIG): [NEWS] Chief Financial Officer Timothy Johnson will step down in August. At the same time, the discount retailer reaffirmed its financial forecast for the current quarter and full year.