Stimulus Talks Press Ahead | Pelosi Hopes For A Deal This Week 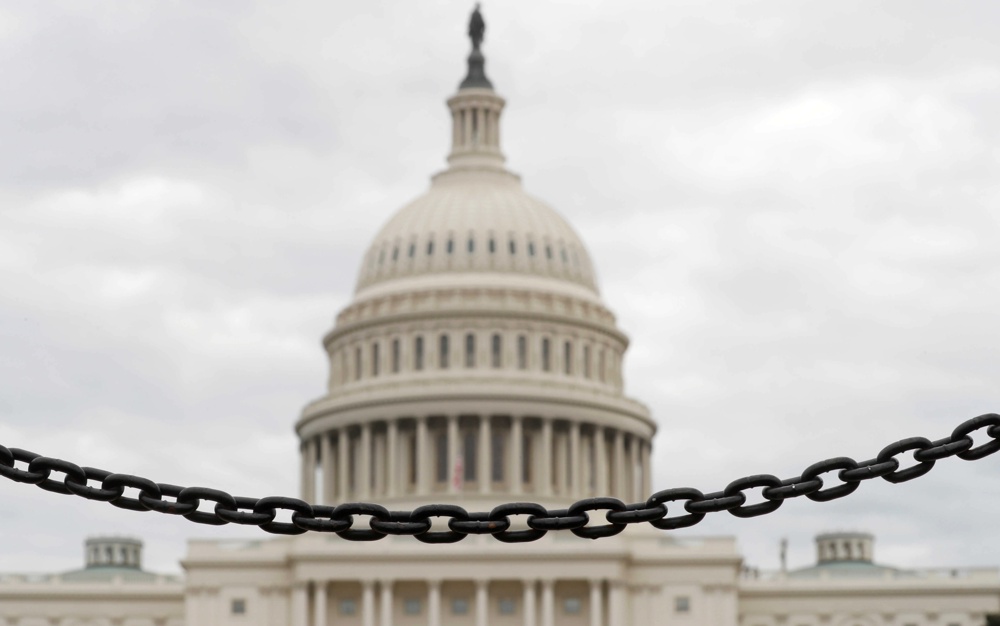 US equity futures drifted mostly sideways on Wednesday, as investors assessed some progress on a debated US economic stimulus package.

Negotiators on both sides said they would press ahead with talks on the next coronavirus-relief package, setting aside a Tuesday deadline proposed by House Speaker Nancy Pelosi to hammer out the accord.

Pelosi expressed optimism that a deal could be reached this week.

“That’s what I would hope”, Pelosi said following a call with Treasury Secretary Steven Mnuchin. The two will negotiate again later today.

Ahead, in today's economic calendar, Wednesday includes; Crude Oil Inventories for the week ended October 16th at 10:30am EST.

TODAY'S TOP HEADLINES
Politics: Coronavirus Stimulus Talks Progress. (The WSJ)
White House and Democratic negotiators said they would press ahead with efforts to reach a coronavirus relief bill deal after some progress.

STOCKS IN THE SPOTLIGHT
Pre-Market Movers & News Related Stocks.
Snap (SNAP): [EARNINGS] Reported a profit of 1 cent per share, compared to analysts’ predictions of a 5 cents per share loss. The Snapchat parent’s revenue also beat estimates, with stronger-than-expected user growth as more people signed up to use the service amid the pandemic.

PNM Resources (PNM): [NEWS] Agreed to be bought by Spanish energy firm Iberdrola, which will combine the New Mexico and Texas utility company with its U.S. unit Avangrid (AGR). PNM shareholders will receive $50.30 per share, a 10% premium to yesterday’s closing price, with the deal worth a total of $4.3 billion excluding debt.

Netflix (NFLX): [EARNINGS] Reported quarterly earnings of $1.74 per share for its latest quarter, missing the consensus estimate of $2.14 a share. Revenue was above Wall Street forecasts, however. In addition to the earnings miss, Netflix shares are also being pressured by the weakest subscriber growth in four years.

WD-40 (WDFC): [EARNINGS] Beat estimates by 29 cents a share, with quarterly earnings of $1.42 per share. The lubricant maker’s revenue also exceeded forecasts. Strong product demand was spurred by “isolation renovation,” according to CEO Garry Ridge, with consumers snapping up products linked to renovations while stuck at home during the pandemic.

iRobot (IRBT): [EARNINGS] Reported quarterly profit of $2.58 per share, well above the $1.00 a share consensus estimate. Revenue came in above estimates as well, helped by strong demand for the company’s Roomba robotic vacuum cleaners.

AutoNation (AN): [EARNINGS] Reported quarterly earnings of $2.38 per share, well above the $1.65 a share consensus estimate. Revenue was also above forecasts and AutoNation increased its share repurchase authorization to $500 million.

Verizon (VZ): [EARNINGS] Beat estimates by 3 cents a share, with quarterly earnings of $1.25 per share. Revenue was essentially in line with forecasts. Verizon also increased the bottom end of its full-year earnings guidance, and added more phone subscribers than analysts had anticipated.

Thermo Fisher Scientific (TMO): [EARNINGS] Earned $5.63 per share for its latest quarter, beating the consensus estimate of $4.31 a share. Revenue also came in above forecasts, helped by strong growth in analytical instruments and specialty diagnostics.

Winnebago (WGO): [EARNINGS] Earned $1.45 per share for its latest quarter, beating the 93 cents a share consensus estimate. Revenue was above forecasts as well. The company said it was encouraged by improving outdoor recreation trends.

Avery Dennison (AVY): [EARNINGS] Earned $1.91 per share for its third quarter, compared to a consensus estimate of $1.53 a share. Revenue was slightly above forecasts, and the company also announced a 7% dividend increase.

Nasdaq (NDAQ): [EARNINGS] Beat estimates by 7 cents a share, with quarterly earnings of $1.53 per share. Revenue also beat Wall Street’s predictions, helped by a jump in trading volume as well as growth in non-trading businesses.

Parsley Energy (PE): [NEWS] Agreed to be bought by rival oil-and-gas producer Pioneer Natural (PXD) for $4.5 billion in stock. The Wall Street Journal had reported Tuesday that a deal was near.

Eli Lilly (LLY): [NEWS] Hired an outside advisor to review a plant that had been cited for a variety of issues by the Food and Drug Administration. The plant had been producing the drugmaker’s experimental C-19 treatment.

AstraZeneca (AZN): [NEWS] Expects to resume its Covid-19 vaccine trial in the United States as soon as this week, according to sources who spoke to Reuters. The trial was halted on Sept. 6 while officials reviewed an illness experienced by a study participant.