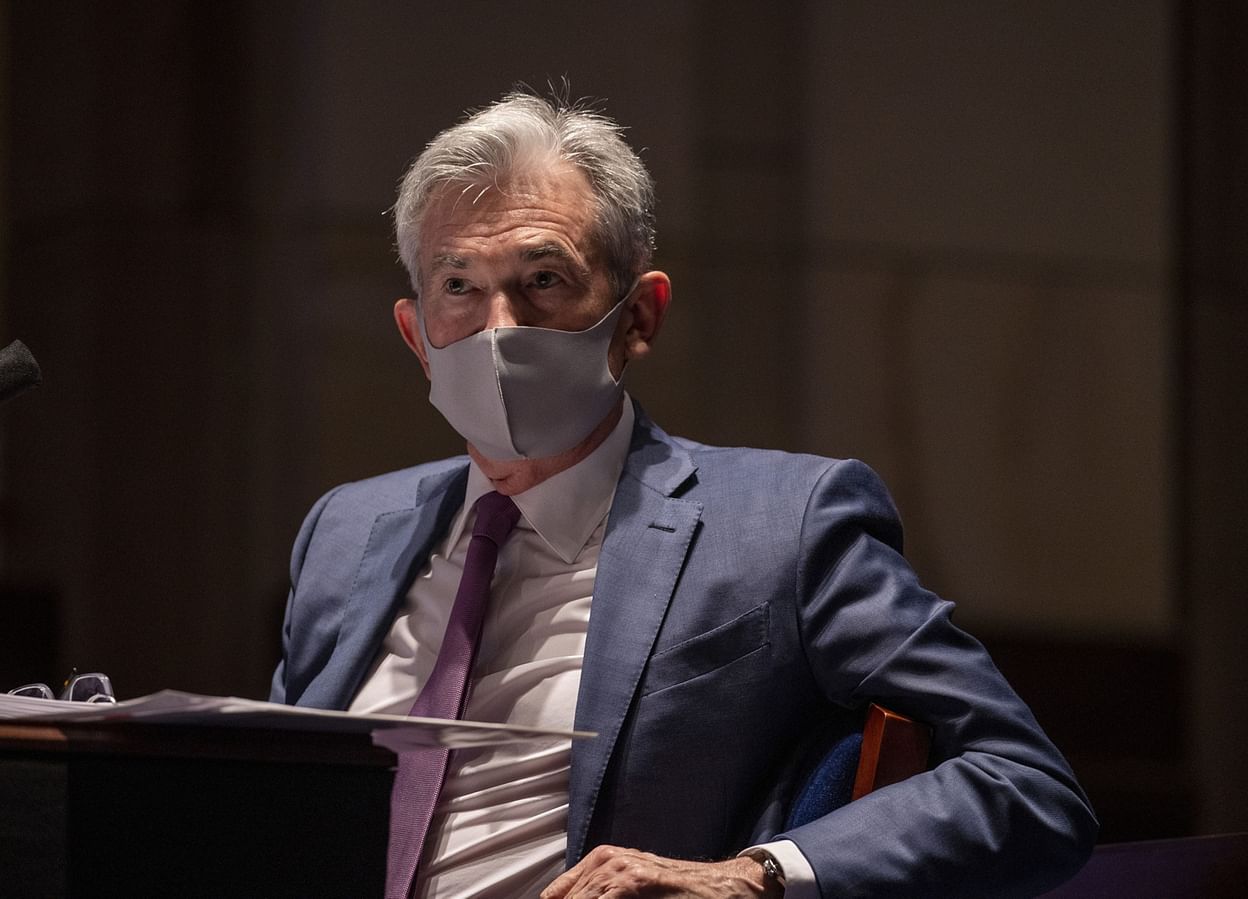 US stock prices ticked lower Wednesday, a day after concluding their biggest one-quarter gain since 1998, as lawmakers pumped $3 trillion into a US economy which has been badly damaged by the pandemic.

Fed Chariman, Jerome Powell, told Congress yesterday that; spending and other forms of economic activity have rebounded from lockdowns faster than expected. However, a second outbreak would undermine public confidence and further jeopardize some parts of the economy.

The US is now recording roughly 40,000 new coronavirus cases a day, however cases could rise to 100,000 a day if behaviors don’t change, infectious-disease expert, Anthony Fauci, told a Senate committee.

Adding to the unease is a renewed flare up in tensions between China and the US over new sweeping security laws imposed on Hong Kong.

The law is a “gross violation” of rights said US Secretary of Commerce, Wilbur Ross, while the UK’s foreign secretary said the new legislation constitutes a “clear violation” of autonomy in Hong Kong.

Ahead, today's economic calendar includes; the ADP employment report for June at 8:15am EST, ISM manufacturing data for June at 10am EST, Crude Oil Investories at 10:30am EST and minutes from the Federal Reserve's recent June 9-10 meeting at 2pm EST.

In corporate news; Macy's (M) and General Mills (GIS) are both scheduled to report their latest financial earnings today.

STOCKS IN THE SPOTLIGHT
Pre-Market Movers & News Related Stocks.
Beyond Meat (BYND): [NEWS] Is launching retail sales of its plant-based burgers in China, beginning with 50 stores in Shanghai this weekend. The products had been introduced on a limited basis earlier this month at Yum China’s (YUMC) Taco Bell, Pizza Hut, and KFC locations in China.

FedEx (FDX): [EARNINGS] Reported quarterly earnings of $2.53 per share, well above the consensus estimate of $1.52 a share. Revenue also topped estimates. The delivery service said its results were severely affected by Covid-19 but that it is well-positioned to benefit from global reopenings.

Constellation Brands (STZ): [EARNINGS] Reported quarterly profit of $2.30 per share, beating the consensus estimate of $2.01 a share. Organic sales were down 4%. The company said beer production in Mexico had returned to normal levels. Separately, Constellation announced the acquisition of direct-to-consumer wine producer Empathy Wines for an undisclosed amount.

Macy’s (M): [EARNINGS] Reported a first-quarter loss of $2.03 per share, with the loss and its revenue matching the numbers it gave in a preliminary report on June 9. Macy’s is expecting the pandemic to impact the U.S. economy for the remainder of the year, although it is not anticipating another full shutdown.

Denny’s (DENN): [OFFERING] Announced a public stock offering of 8 million shares, with underwriters expected to receive the option of buying an additional 1.2 million shares. The restaurant chain intends to use the proceeds for general corporate purposes.

Boeing (BA): [NEWS] Did not give regulators documents about key changes it made in the 737 Max flight control system prior to its original approval, according to an inspector general report seen by Reuters and AP. Boeing began test flights this week to recertify the aircraft for a return to service.

Comcast (CMCSA): [UPGRADE] Upgraded to “outperform” from “market perform” at Bernstein, in a report that called on CEO Brian Roberts to spin out NBCUniversal and Sky. The report also said several strategic investments are now poised to fuel future growth, and that its call is not dependent on that spinout occurring.

Goldman Sachs (GS): [NEWS] Is close to resolving legal issues involving sovereign Malaysia investment fund 1MDB, according to a Bloomberg report. Goldman is aiming to strike a settlement that would let it avoid pleading guilty in the case involving the billions of dollars Goldman raised for the fund.

Capri Holdings (CPRI): [EARNINGS] Reported fiscal fourth-quarter profit of 11 cents per share, missing the 15 cents a share consensus estimate. Revenue at the company formerly known as Michael Kors beat forecasts. Capri expects fiscal 2021 to be impacted by the Covid-19 pandemic, including a “significant” current-quarter loss, but CEO John Idol said he is encouraged by current trends as stores reopen.

United Airlines (UAL): [NEWS] Plans to add about 25,000 flights to its schedule in August, with its domestic schedule at 48% of the prior year’s levels and 40% when international flights are considered.

General Mills (GIS): [EARNINGS] Earned $1.10 per share for its fiscal fourth quarter, 4 cents a share above estimates. Revenue also beat Wall Street forecasts, helped in general by pandemic-related food stockpiling, and from strong demand for its cereals and snack foods.

Facebook (FB): [NEWS] CEO Mark Zuckerberg agreed to meet with organizers of the protest which has resulted in a slew of major companies pulling their social media ads, according to a company spokesperson quoted by Reuters.

CVS (CVS), Walgreens (WBA), Kroger (KR), Rite Aid (RAD): [NEWS] The Department of Health and Human Services extended its Covid-19 testing partnership with CVS, Walgreens, Rite Aid and Kroger, scaling it up to more than 600 sites across the country.

Whirlpool (WHR): [NEWS] Is planning to cut an unspecified number of US jobs, and will take a $95 million charge against earnings as a result. The appliance maker will accomplish the cuts through layoffs and voluntary retirements.