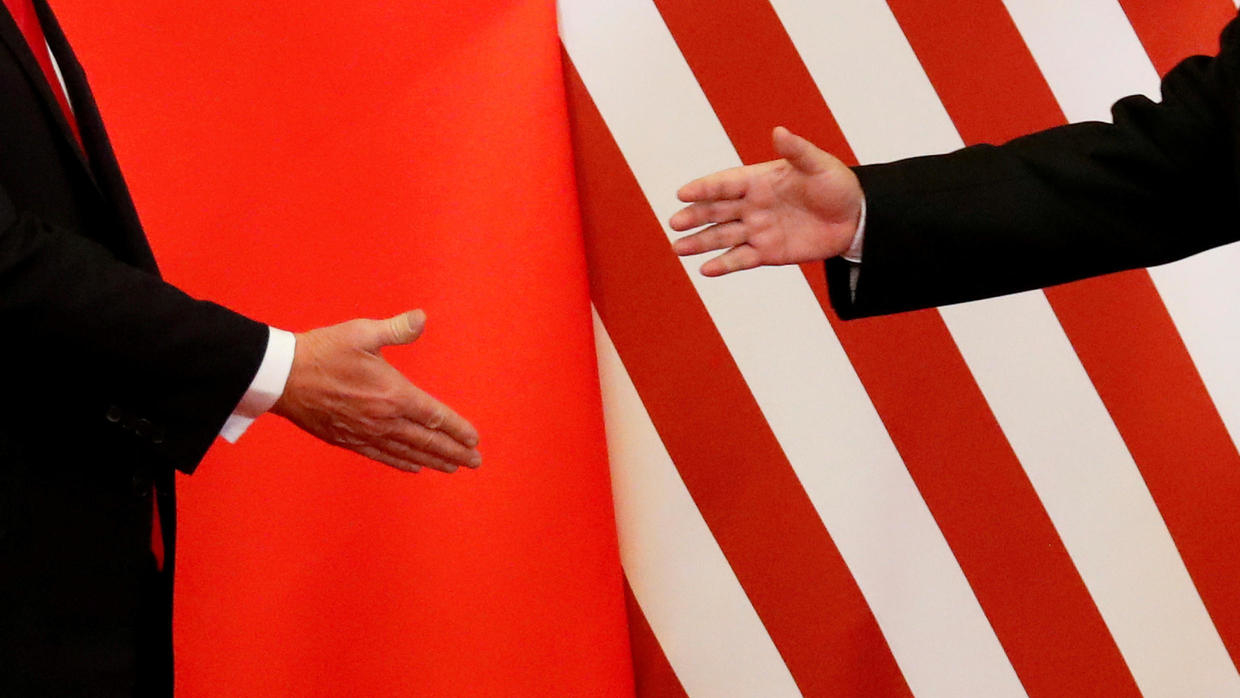 Global stocks started the week higher on Monday, as worldwide investors gave cautious approval to a “phase-one” trade agreement between the US and China.

The initial deal avoided a scheduled tariff hike, set to had taken place on Dec. 15; an event that had loomed at large, but which has now come and gone without incident.

US Trade Representative, Robert Lighthizer, told CBS that the agreement was "totally done" and would include the suspension of certain tariffs in exchange for China's agreement to buy $200 billion worth of US-made goods, including; agricultural, energy and manufacturing products, over a period of two years.

“Ultimately, whether this whole agreement works is going to be determined by who's making the decisions in China, not in the United States", Lighthizer added. Further details remain unclear.

On Friday, US stocks withstood a choppy session as the street initially reacted to news of the trade truce. The S&P 500 swung in and out of negative territory through the session, however finished higher by +0.06%, to notch its first back-to-back record close this month.

TODAY'S TOP HEADLINES
China & Trade: US And China Reached A Trade Agreement, But Details Are Still Unclear. (CNBC)
After the US and China on Friday announced progress on a trade agreement, a critical point of the deal remains in question: agricultural purchases.

PG&E (PCG): [NEWS] The utility’s bankruptcy reorganization plan has been rejected by California Gov. Gavin Newsom. The governor said the proposal does not comply with a recently enacted state wildfire law.

International Flavors & Fragrances (IFF): [NEWS] Will be combined with DuPont’s (DD) nutrition business, under a deal struck over the weekend. DuPont shareholders will own 55.4% of the combined company, with IFF’s shareholders owning the rest. DuPont will also receive a $7.3 billion cash payment.

British American Tobacco (BTI): [UPGRADE] Received a double upgrade at Bank of America, to “buy” from “underperform.” Bank of America feels that the company’s recent portfolio reorganization shows a needed sense of urgency and that near-term regulatory risk has lessened.

Boeing (BA): [NEWS] Is mulling whether to halt or cut production of its grounded 737 Max jet, according to multiple reports.

Horizon Therapeutics (HZNP): [NEWS] Said an FDA advisory committee voted to recommend approval of a new treatment for thyroid eye disease. The full FDA is expected to issue a decision on the drug by March, according to the company.

Spark Therapeutics (ONCE): [NEWS] A takeover of Spark by Swiss drugmaker Roche has won clearance from British regulators. The companies are still awaiting US approval for the $4.3 billion deal.

Amgen (AMGN), UnitedHealth (UNH): [REVIEW] Were both added to the “Conviction Buy” list at Goldman Sachs. Goldman’s outlook for Amgen is above the Street’s consensus, based on the company’s product pipeline and receding headwinds. For UnitedHealth, Goldman points to near-term earnings power and the likelihood that Wall Street will be raising earnings estimates for the company.

Live Nation (LYV), Zebra Technologies (ZBRA), STERIS (STE): [NEWS] Will be joining the S&P 500 effective prior to the open of trading on Dec. 23. The stocks will trade places with Affiliated Managers Group (AMG), TripAdvisor (TRIP), and Macerich (MAC), which will move to the S&P MidCap 400.

Walt Disney (DIS): [NEWS] The company’s Disney+ streaming service will debut in France in late March, after the company struck a deal with Vivendi’s Canal+ platform. It’s not known how much Canal+ plans to charge for the service.