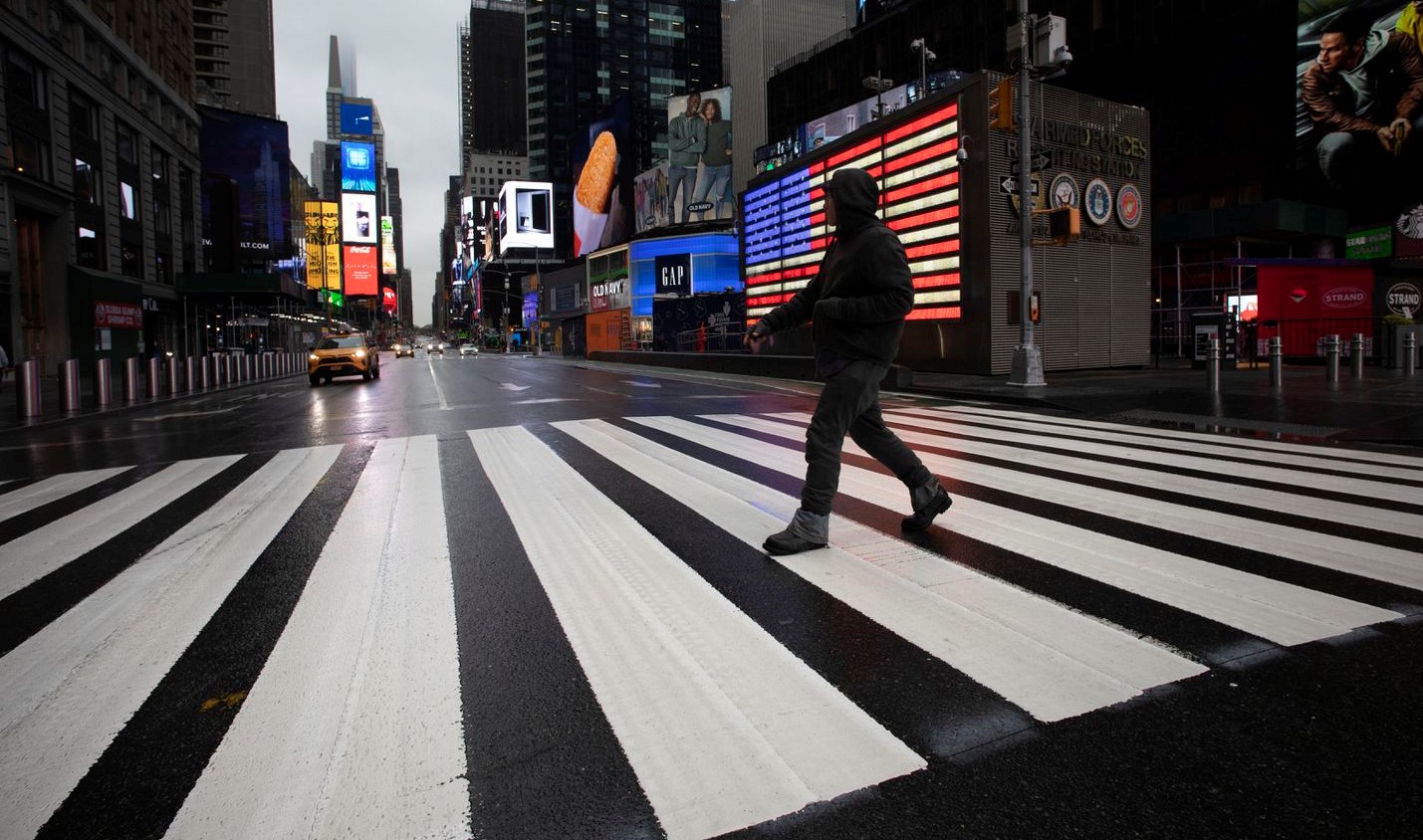 Stock futures rose and hit "limit up" levels on Tuesday, after the Federal Reserve promised support for the struggling US economy, while investors surveyed the $26 trillion wreckage of a stock market selloff.

These developments come after Monday’s session, where the S&P 500 (-2.56%) got a boost after the Fed pledged to backstop the country's financial system, however ended negative after the Senate failed to pass a fiscal stimulus bill to mitigate the economic impact of Covid-19.

President Trump on Monday called on Congress to pass the rescue bill, saying the legislative branch has no choice but to act in the face of massive economic disruptions caused by widespread lock-downs.

The bill has been stalled for two days over objections to a $500 billion fund to be overseen by US Treasury Secretary, Steven Mnuchin.

“America will again and soon be open for business. Very soon”, Trump said at a news conference. “A lot sooner than three or four months”.

Ahead, today’s economic calendar includes; the PMI Composite Flash for March at 9:45am EST and Homes Sales for February at 10am EST.

TODAY'S TOP HEADLINES
CNBC: Spain Sees Worst Day of Outbreak With 514 More People Dead. (CNBC)
Spain recorded 514 deaths from the coronavirus on Tuesday, the highest daily increase so far, as the country struggles to contain the outbreak despite strict rules that are keeping people at home.

Chevron (CVX): [NEWS] Plans to cut capital spending plans for 2020 by 20%, and will suspend its share buyback program. But the energy giant said it has no plans to cut its dividend.

Perrigo (PRGO): [UPGRADE] Upgraded to “overweight” from “neutral” at JPMorgan Chase, which thinks the drug maker will benefit from increased demand for flu treatments.

Mondelez (MDLZ): [NEWS] Will increase hourly wages by $2 and also pay a $125 weekly bonus for sales representatives. The snack maker is among those dealing with a surge in demand for food and household products.

Twitter (TWTR): [NEWS] Withdrew its guidance, as ad sales decline due to the coronavirus outbreak. Twitter noted, however, that the virus outbreak has also resulted in a jump in active users.

Amazon.com (AMZN): [NEWS] Suspended more than 3,900 selling accounts on its U.S. platform for violating its fair pricing policies. The retail giant said it is sharing information with federal and state regulators about sellers it thinks are engaging in price gouging.

Dollar Tree (DLTR): [UPGRADE] Upgraded to “outperform” from “market perform” at Telsey Advisory Group, saying the discount retailer is well-positioned to attract traffic and gain market share and that its product mix is a good one for the current challenging environment.

Spotify (SPOT): [UPGRADE] Upgraded to “market perform” from “underperform at Bernstein, which said the music streaming service’s stock price has come down significantly while the firm’s outlook for Spotify has not changed much.

Comcast (CMCSA), Discovery (DISCA): [NEWS] Has been assuming that the Tokyo Olympics will be postponed, according to The Wall Street Journal quoting people familiar with the matter. Comcast and Discovery Communications (DISCA) hold the rights to the 2020 Olympics.

IHS Markit (INFO): [EARNINGS] Reported quarterly profit of 66 cents per share, 2 cents a share above estimates. Revenue came in essentially in line with forecasts. The company said it still expects double-digit earnings growth this year and that it has a strong plan to deal with changing market dynamics.

Deckers (DECK): [UPGRADE] Upgraded to “outperform” from “neutral” at Wedbush, which bases its upgrade on conversations with management that give it confidence the company can weather the current global economic shock.