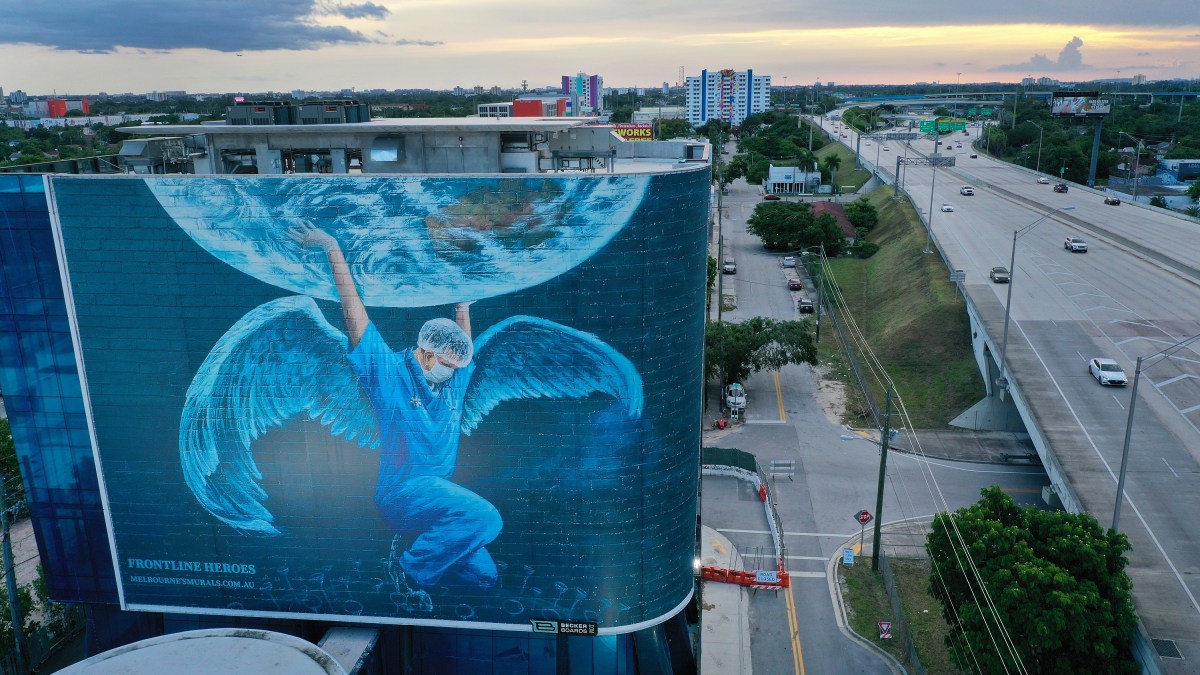 Futures tied to the S&P 500 ticked down, following a week in which the American stock benchmark posted a modest weekly gain (+1.30%).

More than 140,300 people in the US have died from the virus, with the number of those infected having continued to climb over the weekend.

During the week ahead, the street will expect to receive more visibility into the health and prospects of US businesses, with Microsoft (MSFT), Tesla (TSLA), Coca-Cola (KO) and others reporting earnings this week.

The Standard and Poor's 500 largest public companies are projected to report a 44% drop in earnings for the second quarter; a period where widespread lock-down orders ended a decade-long economic rally.
Ahead, Halliburton (HAL) and International Business Machines (IBM) are both scheduled to report their latest financial data today.

Halliburton (HAL): [EARNINGS] Earned 5 cents per share for its latest quarter, compared to Wall Street forecasts of an 11 cents per share loss. Revenue came in below estimates, however, amid a significant drop in global activity.

Amazon (AMZN): [REVIEW] Goldman and Jefferies both raised price targets on Amazon stock to a Street-high $3,800 per share, with both pointing to accelerated online spending this year. Amazon shares have fallen for the past five sessions, the longest losing streak since late May. Its 7.4% decline last week was its largest weekly drop since late February.

Moderna (MRNA): [DOWNGRADE] J.P. Morgan Securities downgraded the drugmaker’s stock to “neutral” from “overweight” in a valuation call, given the stock’s nearly fivefold gain year-to-date. The firm emphasizes the call is not based on any diminished expectations about Moderna’s progress in developing a Covid-19 vaccine and that it is still bullish on the company long term.

Cal-Maine Foods (CALM): [EARNINGS] Reported quarterly profit of $1.24 per share, 4 cents a share above estimates. Revenue was slightly below forecasts. Cal-Maine benefitted from a rebound in egg prices following a long period of depressed prices, as consumers stocked up due to shelter-in-place orders. The company will not pay a fourth-quarter dividend, based on the metrics involved in its variable dividend policy.

EBay (EBAY): [NEWS] Is near a deal to sell its classified ads unit to Norway’s Adevinta for roughly $8 billion, according to The Wall Street Journal. A cash-and-stock deal could be announced as soon as today.

Nikola (NKLA): [NEWS] The company filed for a new stock offering of up to 53.4 million shares related to warrants.

Facebook (FB): [NEWS] Walt Disney (DIS) is slashing ad spending on Facebook, according to The Wall Street Journal, joining hundreds of other companies that have paused ad spending on the social media giant’s platform. Disney was Facebook’s top U.S. advertiser during the first half of 2020.

Southwest Airlines (LUV): [NEWS] Nearly a quarter of Southwest Airlines’ pilots have accepted either early retirement or voluntary leave offers, according to a memo seen by CNBC. About 2,230 pilots will leave the airline after accepting those offers.

Delta Air Lines (DAL): [NEWS] Told pilots that furloughs could be avoided if they agree to a reduction in guaranteed minimum pay, according to CNBC.

KKR (KKR): [NEWS] Is in talks about a potential $4 billion acquisition of French medical clinic and hospital operator Elsan, according to a Bloomberg report. Elsan is currently owned by private-equity firm CVS Capital Partners.

GlaxoSmithKline (GSK): [NEWS] Is buying a 10% stake in German biotech firm CureVac, betting on the success of the mRNA technology currently being used to develop Covid-19 vaccines.

Uber Technologies (UBER): [NEWS] Has signed a four-year agreement with Alphabet’s (GOOGL) unit to use the Google Maps Platform Rides and Deliveries Services. Financial terms were not disclosed.

Starbucks (SBUX): [RATING] Was rated “overweight” in new coverage at Wells Fargo Securities, which said the strength of the coffee chain’s business model may be underappreciated in the face of Covid-19 related disruptions.

Boeing (BA): [NEWS] Is running out of space to store newly built 787 Dreamliners, according to a Bloomberg report, with more than 50 jets currently on its premises.