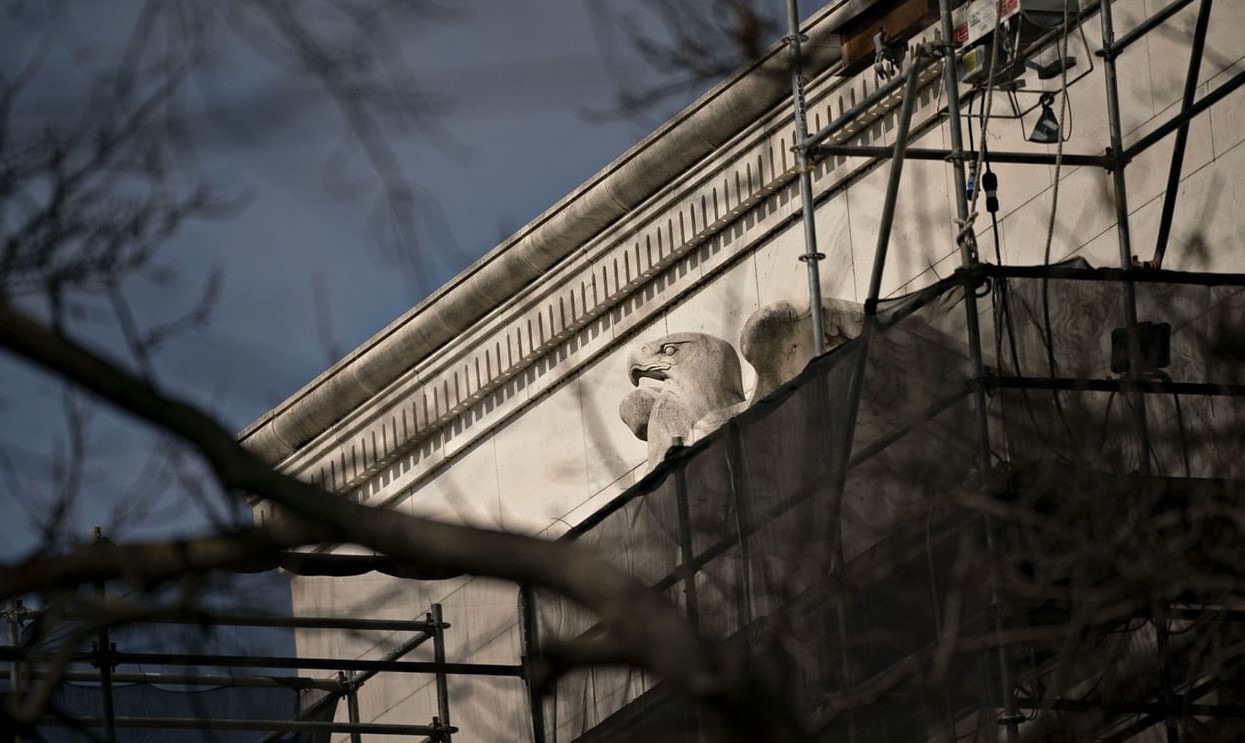 US stock futures rallied higher on Tuesday, as plans for more stimulus in the United States revived investor sentiment globally.

Government stimulus has been a key factor of the recent market rally, despite historic unemployment and emerging signs of a second wave of the virus. There's now signs that more economic backing is on the way.

In recent developments, the Trump administration is headlined to be preparing a nearly $1 trillion infrastructure proposal, while, on top of that, the Fed will start buying corporate bonds - announced yesterday.

The move, an emergency lending program, builds on the purchase of corporate bond ETFs by the Federal Reserve which started last month.

The S&P 500 (+0.93%) finished higher on Monday, erasing an initial gap lower, after these bond-buying plans were announced at 2pm EST.

Meanwhile, Federal Reserve Chairman, Jerome Powell, will testify on monetary policy before the Senate Banking Committee at 10am EST.

TODAY'S TOP HEADLINES
Economy: Trump Team Weighs $1 Trillion for Infrastructure to Spur Economy. (Bloomberg)
The Trump administration is preparing a nearly $1 trillion infrastructure proposal as part of its push to spur the world’s largest economy back to life, according to people familiar with the plan.

STOCKS IN THE SPOTLIGHT
Pre-Market Movers & News Related Stocks.
iQIYI (IQ): [NEWS] China’s Tencent is seeking to become the largest shareholder in the video-streaming company, according to people familiar with the matter who spoke to Reuters. iQIYI is currently majority-owned by China search giant Baidu (BIDU).

WW (WW): [NEWS] Said it had 4.9 million subscribers as of June 6, up 7% from a year earlier. Digital subscribership is at an all-time high, getting a boost as more people stayed at home due to the Covid-19 pandemic.

Amazon.com (AMZN): [NEWS] Introduced technology known as “Distance Assistant,” designed to provide workers with real-time feedback on social distancing. The technology is now live at several Amazon buildings, and the company plans to open-source the software.

Apple (AAPL): [NEWS] The European Union has opened antitrust probes into the company’s App Store and Apple Pay service. The EU is looking into whether restrictions imposed by Apple violate its competition rules. In response, Apple said it follows the law in everything it does and embraces competition at every stage. Separately, Citi increased its price target for Apple stock to a Street high of $400 a share, based on several factors including the upcoming 5G launch and strong growth for wearable technology.

Tanger Factory Outlets (SKT): [NEWS] Said 72% of its occupied stores were open as of this past Sunday, and that weekly traffic has exceeded 90% of prior-year levels at stores that have been open for 30 days or more. Tanger also said it had amended its debt agreements in a move that will maximize its financial flexibility.

Chesapeake Energy (CHK): [NEWS] Is preparing to file for bankruptcy protection as soon as this week, according to people familiar with the matter who spoke to Reuters. The company is said to be in the final stages of negotiation for a $900 million loan to support operations while under Chapter 11 bankruptcy protection.

Lennar (LEN): [EARNINGS] Reported quarterly profit of $1.65 per share, beating the consensus estimate of $1.18 a share. The home builder’s revenue also beat Street forecasts and Lennar forecast full-year home deliveries above current consensus, amid a rebound in home sales as the economy reopens.

T-Mobile US (TMUS): [NEWS] Federal Communications Commission Chairman Ajit Pai is calling for an investigation of T-Mobile, after a network outage that impacted users across the U.S. for about 12 hours. Separately, SoftBank is considering a sale of its T-Mobile shares to raise cash and reduce its debt. Softbank holds about 25% of T-Mobile, while Germany’s Deutsche Telekom owns about 44%.

Walmart (WMT): [NEWS] Bought technology and intellectual property from CareZone, a developer of apps that help consumers manage their medications. Financial details were not disclosed, but a person familiar with the deal told CNBC that Walmart paid about $200 million.