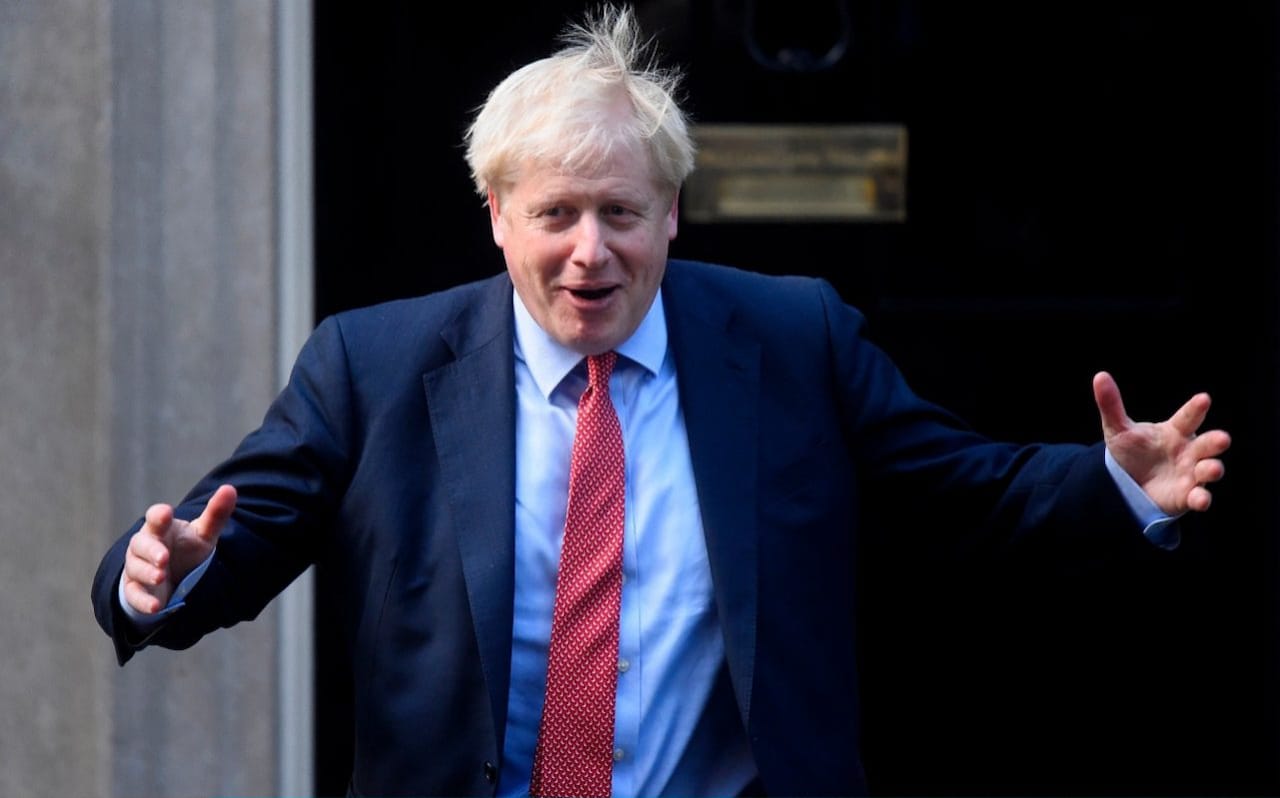 UK stocks and the British pound rallied on Thursday, reversing earlier declines, after news broke out that the United Kingdom and European Union had reached a preliminary Brexit deal.

The Stoxx Europe 600 index had been fluctuating before word of the accord emerged, but it jumped as every major national gauge in the region advanced. US equity index gauges joined the rally.

"We've got a great new deal that takes back control", Johnson said in a tweet. "Now parliament should get Brexit done on Saturday so we can move on to other priorities like the cost of living, the NHS, violent crime and our environment", he wrote.

EU Commission President, Jean-Claude Juncker, called it a "fair and balanced" agreement, just hours ahead of the EU summit in Brussels.

The EU’s 27 leaders are expected to approve the legally binding text at today's EU leaders' meeting. The deal would then be forwarded to Britain’s Parliament, which had, three times, rejected a previous deal negotiated by Mr. Johnson predecessor, Theresa May.

The development was enough, however, to help investors shrug off mixed earnings from major European companies.

This shift comes after Wednesday’s trading, where global stocks were mostly weaker as geopolitical tensions stemming from Brexit and Hong Kong were weighed up alongside US earnings and disappointing Retail Sales figures.

Ahead, in today’s economic calendar, Thursday includes; Weekly Jobless Claims, Building Permits and Housing Starts for September and the Philadelphia Fed Business Outlook Survey for October at 8:30am EST, Industrial Production for September at 9:15am EST, followed by Crude Oil Inventories for the week ended Oct. 11 at 11am EST.

TODAY'S TOP HEADLINES
Brexit: EU and UK Reach Brexit Deal, But Parliament Approval Remains Uncertain. (Bloomberg)
Negotiators from the UK reached an agreement with officials in Brussels Thursday that could pave the way for Britain to finally break 46 years of ties with the European Union. But the Democratic Unionist Party said it still can’t support the deal.

China & Trade: China says US must cancel new tariffs for ultimate trade deal. (CNBC)
China emphasized Thursday that the US must remove tariffs in order for the two countries to reach a final agreement on trade, Ministry of Commerce spokesman, Gao Feng, said.

Netflix (NFLX): [EARNINGS] Reported quarterly profit of $1.47 per share, compared to a consensus estimate of $1.04 a share. Revenue also beat forecasts and Netflix saw an addition of 6.77 million paying subscribers during the quarter. The company warned, however, that increasing competition could weigh on subscriber growth during the remainder of the year.

IBM (IBM): [EARNINGS] Earned an adjusted $2.68 per share for the third quarter, a penny a share above estimates. Revenue came in below analysts’ forecasts, however, with IBM reporting a fifth consecutive quarter of falling sales thanks to weakness in the company’s legacy businesses.

CSX (CSX): [EARNINGS] Came in 7 cents a share ahead of estimates, with profit of $1.08 per share. The railroad operator’s revenue was in line with Wall Street forecasts. CSX also saw lower shipment volumes.

Alcoa (AA): [EARNINGS] Reported a loss of 44 cents per share for the third quarter, wider than the 33 cents a share that Wall Street was expecting. Revenue was essentially in line with expectations.

Apple (AAPL): [NEWS] Apple’s Apple Pay service is being examined for antitrust concerns by European Union regulators, according to the Financial Times.

Tesla (TSLA): [NEWS] Received approval from Chinese regulators to begin production in that country. Tesla is in the process of building a $2 billion factory in Shanghai.

Honeywell (HON): [EARNINGS] Beat estimates by 7 cents a share, with adjusted quarterly profit of $2.08 per share. Revenue fell short of Wall Street forecasts, however. Results were helped by profit margin expansion and 3% growth in organic sales. Honeywell also raised the lower end of its full-year 2019 earnings forecast, now forecasting adjusted earnings per share of $8.10 to $8.15 compared with the prior $7.95 to $8.15 a share estimate.