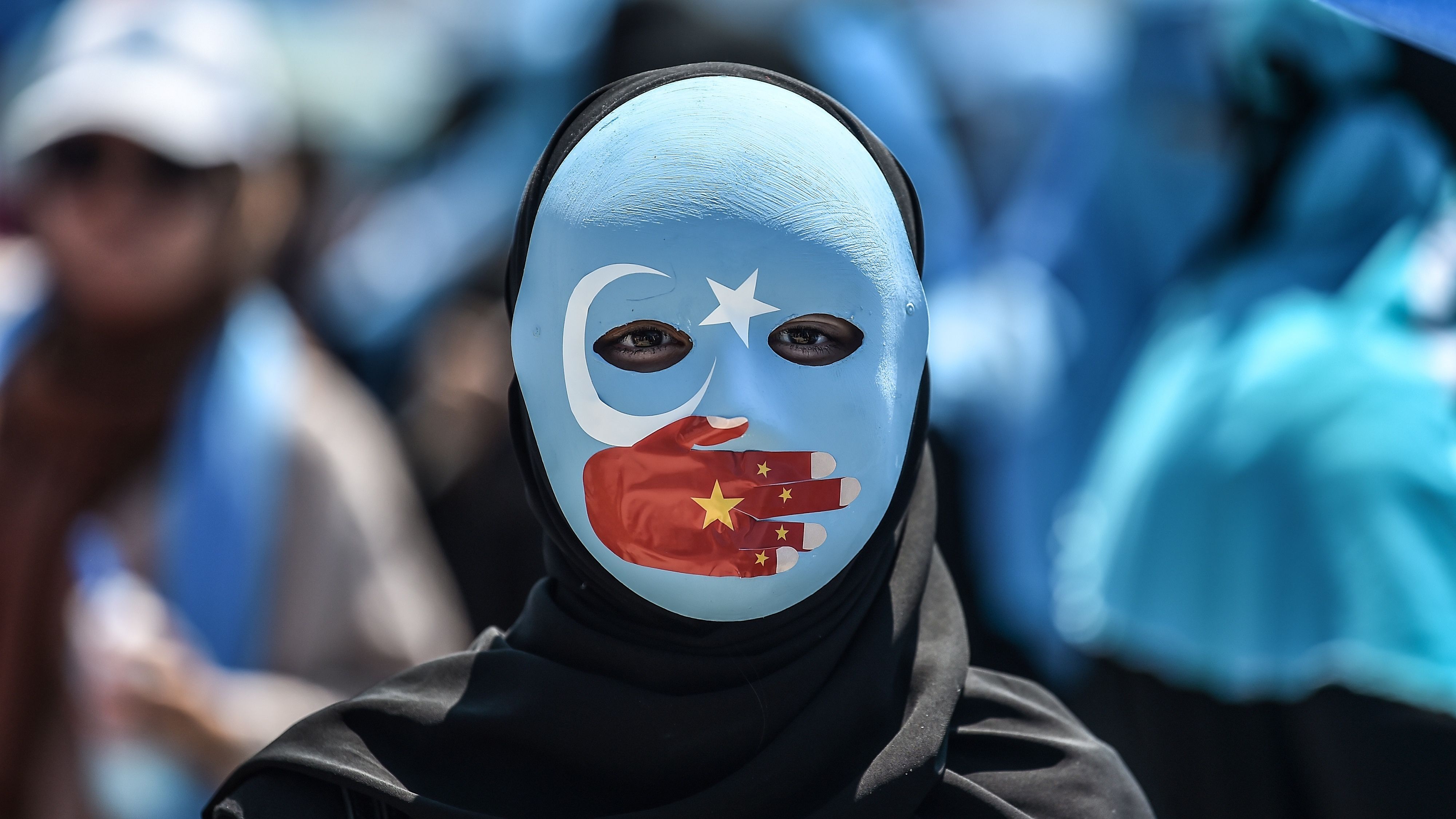 Both European stocks and US equity-index futures reversed earlier gains to trade lower by mid-afternoon in London, as investors eyed a move by the US to add 28 Chinese entities to an export blacklist.

The Commerce Department unveiled the blacklist late on Monday, targeting China-based tech companies operating in the artificial intelligence space that were deemed to have been "implicated in human rights violations”, citing their role in Beijing’s repression of Muslim minorities in northwest China.

The censure, which has sparked fears of reprisal against US companies by Beijing, comes just three days before China’s top trade envoy, Liu He, will lead a delegation to resume trade talks with Washington.

These development look to extend upon Monday’s decline, where Wall Street ended red, having spent most of the session fluctuating between gains and losses as investors refocused their attention to trade.

In corporate news, Levi Strauss (LEVI) and Domino's Pizza (DPZ) are amongst the major companies scheduled to report today.

TODAY'S TOP HEADLINES
China, Business & Politics: NBA Chief Defends Freedom of Expression in Face Off With China. (Bloomberg)
As China’s outrage against the National Basketball Association intensified in the wake of a tweet over the Hong Kong protests, the US league dug its heels in to defend freedom of expression.

Markets: Hong Kong Stock Exchange Drops Nearly $37 Billion Bid for London Rival. (Bloomberg)
Hong Kong’s stock exchange pulled a $36.6 billion bid for its London rival, a deal that would have united two major trading hubs even as both are clouded in political turmoil.

Ambarella (AMBA): [NEWS] Is among the stocks that could be impacted by the US move to blacklist Chinese artificial intelligence startups. The chipmaker is a supplier to video surveillance firm Hikvision.

Helen of Troy (HELE): [EARNINGS] Reported adjusted quarterly earnings of $2.24 per share, above the consensus estimate of $1.96 a share. Revenue beat forecasts as well, and the company also raised full-year earnings and sales guidance.

Nio (NIO): [NEWS] The Chinese electric car maker delivered 4,799 vehicles during the third quarter, up 35.1% from the second quarter and toward the upper end of Nio’s prior guidance.

Oracle (ORCL): [NEWS] Is planning to hire 2,000 new workers as part of a plan to expand cloud computing services to more companies, according to Reuters. Oracle is seeking to step up competition with Amazon Web Services and Microsoft.

Boeing (BA): [NEWS] Was sued by the union representing pilots at Southwest Airlines. The pilots claim Boeing rushed the now-grounded 737 Max jet to market and misrepresented the aircraft as safe. Boeing said the suit is without merit.

Hawaiian Holdings (HA): [GUIDANCE] Upgraded its guidance for current-quarter revenue per available seat mile, projecting a 0.5 percent increase. The Hawaiian Airlines parent had previously projected a drop in that metric.

Target (TGT): [RATING] Rated “strong buy” in new coverage at Raymond James, noting that the retailer is doing a good job at living up to its brand promise and adjusting well to the new world of retail.

Microsoft (MSFT): [UPGRADE] Upgraded to “buy” from “hold” at Jefferies, which said the company is now a large diversified business with a clear path to double-digit revenue growth for the foreseeable future.

Celanese (CE): [NEWS] Is considering a possible breakup of the company, according to a Bloomberg report.