The Wuhan Coronavirus | Trump Lauds The US Economy 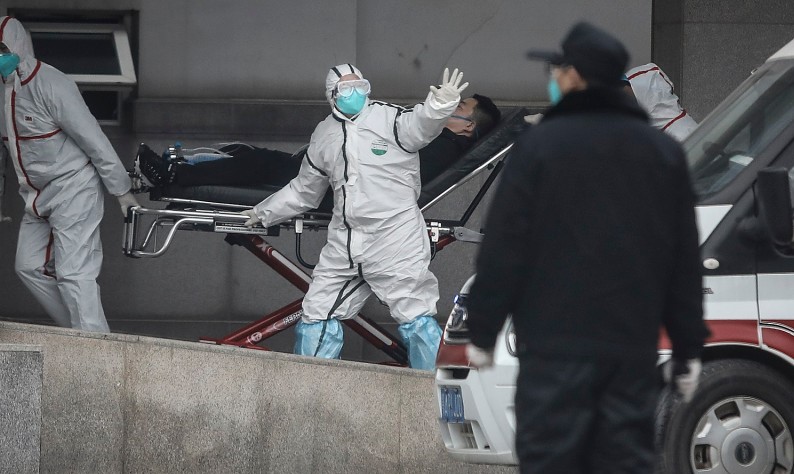 Wuhan Coronavirus, which afflicts patients with pneumonia-like symptoms, has spread between humans, a Chinese health official said, fueling concerns that the disease could quickly be transmitted across Asia during the annual Lunar New Year holiday, this weekend.

The virus has claimed six lives and had infected at least two-hundred others. A similar coronavirus led to the outbreak of severe acute respiratory syndrome, or SARS, in late 2002, killing 774 people.

Most of the illnesses and all of the fatalities were in the Chinese city of Wuhan. Cases also were reported in Japan, South Korea and Thailand.

These developments come after Friday’s session, where the S&P 500 finished at record high (+0.31%) and closed out a strong week (+1.92%), following; easing trade tensions, solid earnings and mostly promising economic data.

TODAY'S TOP HEADLINES
Politics: Trump Lauds US Economy as He Opens World Economic Forum. (The WSJ)
President Trump hailed the strength of the US economy and his phase-one trade deal with China in a speech before business leaders and leading policy makers at the World Economic Forum here, accomplishments he has said have been overshadowed by the impeachment proceedings.

China: China Virus Spreads to Health Workers; Six Patients Dead. (Bloomberg)
China’s mysterious respiratory virus has caused six deaths and infected a number of medical workers, a sign the outbreak has entered a new phase with the illness spreading from person to person.

Halliburton (HAL): [EARNINGS] Reported quarterly profit of 32 cents per share, 3 cents a share above estimates. Revenue also beat Wall Street forecasts. Halliburton said its bottom line received a boost from international growth and that it was able to optimize its performance in a soft North American market.

Uber (UBER): [NEWS] Sold its Eats business in India to Ant-Financial backed Zomato, in exchange for a 9.99% stake in its local rival. Uber Eats has struggled in India since launching in that market in 2017.

Logitech (LOGI): [EARNINGS] Reported quarterly profit of 84 cents per share, 5 cents a share above estimates. The maker of computer peripherals also seeing its revenue come in above Wall Street forecasts. Results were helped by growing demand for gaming and video conferencing products.

VF Corp. (VFC): [NEWS] Is exploring strategic alternatives for its Work unit brands, which focus on outfitting industrial, service, and government sector workers. VF said the goal is to focus on a simplified portfolio of higher growth, consumer-oriented brands.

Tesla (TSLA): [NEWS] Rebuffed a petition to US regulators calling for a recall of 500,000 cars for an alleged unintended acceleration issue. Tesla said the petition was “completely false” and was put forth by a short seller.

L Brands (LB): [UPGRADE] Upgraded to “overweight” from “sector weight” at KeyBanc, which said the Victoria’s Secret parent is increasingly likely to engage in some sort of “value-creating” transaction.

Morgan Stanley (MS): [DOWNGRADE] Downgraded to “neutral” from “buy” at Citi, which feels Morgan Stanley’s stock is now fairly valued after a 27% rise over the past three months.

Best Buy (BBY): [NEWS] Is investigating allegations that CEO Corie Barry had an inappropriate romantic relationship with a fellow executive. Barry said she is cooperating fully with the electronics retailer’s board and that she looks forward to a quick resolution.

Boeing (BA): [NEWS] Is in talks to borrow $10 billion or more to deal with costs related to the 737 Max grounding, according to people familiar with the matter who spoke to CNBC. Boeing has already secured at least $6 billion and is in talks with other lenders as well, sources said.

Costco (COST): [UPGRADE] Upgraded the warehouse retailer’s stock to “outperform” from “neutral” and called it a “top pick.” Oppenheimer points to attractive valuation, upbeat top-line trends, and prospects for a special dividend.