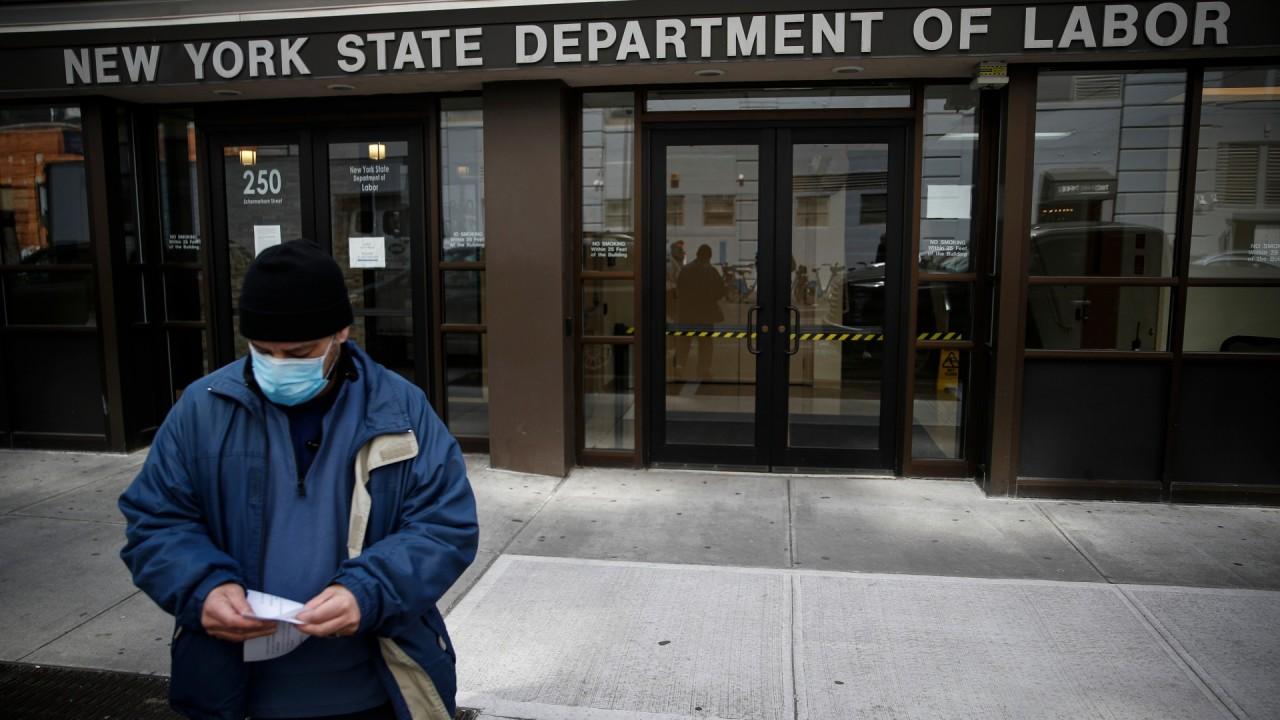 US stock futures declined on Thursday, as markets awaited data on unemployment claims for statistics on Covid-19's economic disruption.

The measures taken globally have been unprecedented, however traders remain cognizant of the virus’s escalating toll. The world’s
confirmed cases now top 450,000 with more than 20,000 deaths.

These developments come after Wednesday's session, where the S&P 500 (+1.50%) posted its first back-to-back gain since the bear market began, in part thanks to optimism over a $2 trillion US rescue plan.

The massive stimulus package passed on a 96-0 vote in the Senate, with the House now scheduled to vote on the legislation this Friday.

President Donald Trump told reporters that he would sign the bill that includes direct payments to most Americans immediately.

When asked how long the aid would keep the economy afloat, US Treasury Secretary Steven Mnuchin said; “We’ve anticipated three months. Hopefully, we won’t need this for three months.”

Ahead, today's economic calendar includes; Weekly Jobless Claims, the second estimate for Q4 GDP and International Trade at 8:30am EST.

Micron Technology (MU): [EARNINGS] Reported quarterly earnings of 45 cents per share, 8 cents a share above estimates. Revenue was above Wall Street forecasts as well. The chipmaker also gave a better-than-expected financial forecast as it benefits from the shift to home-based work due to the coronavirus outbreak.

Cheesecake Factory (CAKE): [NEWS] Has told landlords it won’t be able to pay rent on April 1, according to a report in industry publication Eater.

Beyond Meat (BYND): [DOWNGRADE] Downgraded to “sell” from “neutral” at Goldman Sachs, as foodservice traffic declines as a result of COVID-19. Goldman also cut its price target for the plant-based food maker’s stock to $39 per share from $129.

Embraer (ERJ): [EARNINGS] Reported a quarterly loss of 51 cents per share, compared to a consensus estimate of a 2 cents per share loss. Revenue was in line with forecasts. Embraer also suspended its 2020 guidance, pointing to uncertainty related to the coronavirus outbreak.

McDonald’s (MCD): [NEWS] Is trimming its menu as long as the coronavirus pandemic persists, in order to deal with both falling customer traffic and staffing issues.

Apple (AAPL): [NEWS] Is considering delaying the launch of its next iPhone by months, according to a report in the Nikkei Asian Review. That comes amid supply chain disruptions and falling customer demand due to the virus outbreak.

AMC Entertainment (AMC): [NEWS] Furloughed more than 600 employees, as the nation’s biggest movie theater chain is forced to close cinemas across the country due to the coronavirus outbreak.

Ford Motor (F): [NEWS] Ford’s credit rating was cut by S&P to BB+ from BBB-, pushing the rating into junk territory. The rating agency said the automaker’s credit metrics were already borderline prior to the coronavirus outbreak. Separately, Ford said it was aiming to restart production at some of its North American plants as early as April 6.

UnitedHealth (UNH): [NEWS] Is introducing a coronavirus test that patients can self-administer, which could reduce the risk to health-care workers. The test calls for patients to swab their noses, drop the swab into test tubes, and hand the tubes back to the health-care workers.

FactSet (FDS): [EARNINGS] Beat estimates by 6 cents a share, with quarterly earnings of $2.55 per share. Revenue came in very slightly below forecasts. FactSet also said it would not update any financial guidance until its next quarterly results.

AT&T (T), ViacomCBS (VIAC): [NEWS] AT&T and ViacomCBS are seeing their attempts to sell $5 billion in assets slowed by the coronavirus outbreak, according to a Bloomberg report.