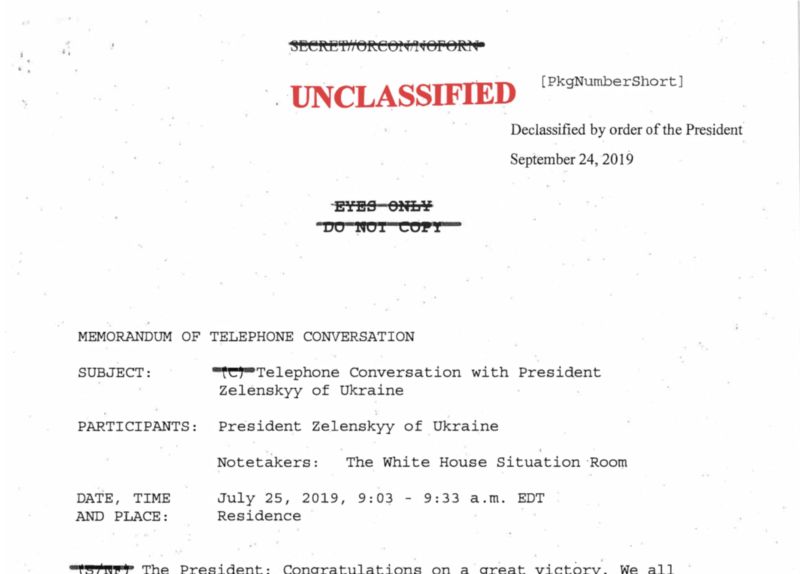 European stocks picked up slightly, following on from a mixed overnight scene in Asia, as President Donald Trump sought to turn the market’s attention from politics to the costly US-China trade war.

Investor conviction appears to be in short supply during recent days, including during yesterday’s session, after the White House released a transcript of Trump's phone call with Ukraine in which he asked Ukraine to "look into" former Vice President Joe Biden and his son.

In an announcement, which appeared to overshadow the impeachment inquiry, the president said an agreement to end the 15-month trade war with China could happen sooner than people think.

Trump also signed a partial trade agreement with Shinzo Abe, the prime minister of Japan, that will eliminate tariffs and expand market access on farm, industrial and digital products.

These moves look to help extend upon yesterday’s trading, where US stocks rebounded, as the market initially reacted to Donald Trump optimism over a trade deal and reviewed the transcript of the phone conversation at the center of the impeachment inquiry.

TODAY'S TOP HEADLINES
Politics: Rough Transcript Shows Trump Pressed Ukraine to ‘Look Into’ Joe Biden and Son. (The WSJ)
President Trump asked his Ukrainian counterpart, Volodymyr Zelensky, to “look into” former Vice President Joe Biden and his son and said he would direct his personal lawyer and Attorney General, William Barr, to contact Mr. Zelensky to help him in a possible investigation, according to a document released Wednesday by the White House.

Beyond Meat (BYND): [NEWS] McDonald’s (MCD) is testing a new “PLT”, a plant, lettuce, and tomato sandwich, that uses Beyond Meat’s plant-based patties. The tests will take place in 28 restaurants in Canada.

Rite Aid (RAD): [EARNINGS] Earned an adjusted 12 cents per share for its latest quarter, 5 cents a share above estimates. Revenue missed forecasts, however, as did comparable-store sales.

FactSet (FDS): [EARNINGS] Earned an adjusted $2.61 per share for its latest quarter, beating the consensus estimate of $2.47 a share. Revenue was also above Wall Street forecasts, but the company gave a fiscal 2020 earnings forecast that is below current consensus.

Accenture (ACN): [EARNINGS] Earned $1.74 per share for its fiscal fourth quarter, 3 cents a share above estimates. Earnings growth was helped by improvement in digital and cloud services. Revenue was slightly shy of analysts’ forecasts, however, and Accenture gave a current-quarter revenue forecast below estimates due to a stronger dollar.

Target (TGT): [REVIEW] Was raised to the No. 1 position on Cowen’s “Conviction List,” based on strong recent results and an improved profit margin outlook.

KB Home (KBH): [EARNINGS] Reported quarterly profit of 73 cents per share, 7 cents a share above estimates. The home builder’s revenue was below Wall Street forecasts. KB Home saw a 24% rise in net orders during the quarter.