Trudeau Wins Second Term In A Divided Canada | S&P 500 Positioned Back Above 3,000 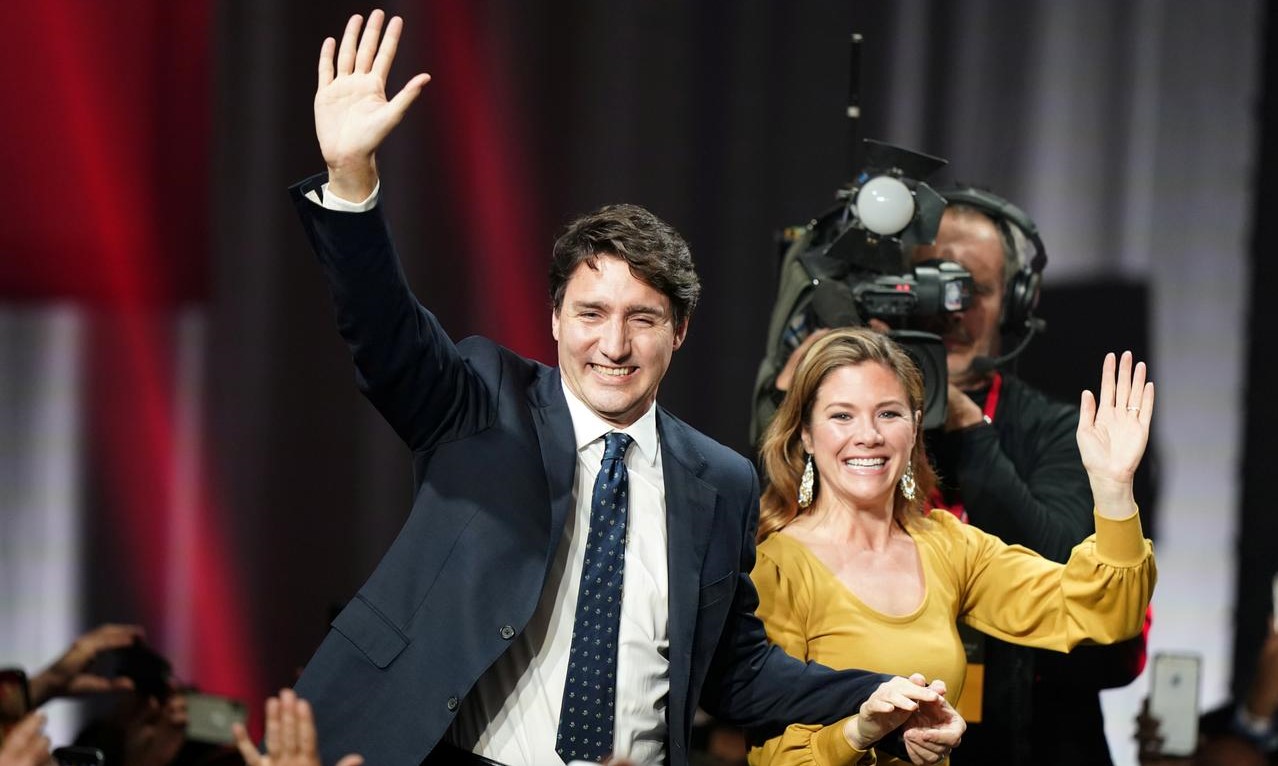 Stock markets across both Europe and the Asia-Pacific nudged higher on Tuesday, as investors turned their attention to the health of major corporations reporting their third-quarter earnings, while awaiting further developments on trade negotiations and Brexit.

It’s a huge week for corporate earnings, with around one-fifth of S&P 500 members due to report. A range of household names are readying to report this morning, including Harley-Davidson (HOG), United Parcel Service (UPS) and Procter & Gamble (PG), just to name a few.

So far, the results have generally surprised to the upside, reassuring investors that companies are weathering slowing growth and the trade war. All the same, analysts are cutting estimates for next year as the protectionist dispute between Washington and Beijing continues.

Recent developments on the trade front saw Donald Trump tell reporters, on Monday, that he hoped to sign a trade deal with China next month at a summit in Chile, "or whenever that might be".

China's Vice Foreign Minister, Le Yucheng, meanwhile, said that any trade problems could be resolved as long as both sides respected one another. The world wants China and the United States to end their trade war, he added, Reuters reported.

These developments come after Monday’s session, where Wall Street rallied, boosted by trade optimism and gains in global stocks, while the British pound fluctuated against a backdrop of the Brexit drama.

The S&P 500 advanced +0.68% and climbed back above 3,000 to its highest level in more than a month. The benchmark index is once again within striking distance of a record high, now sitting 0.87% away from its July peak.

Ahead, in today’s economic calendar, Tuesday includes; Existing Home Sales for September at 10am EST.

Biogen (BIIB): [NEWS] Plans to file for Food and Drug Administration approval of its Alzheimer’s treatment aducanumab, after promising results for the drug in a clinical trial.

Hasbro (HAS): [EARNINGS] Came in at an adjusted $1.84 per share, below the consensus forecast of $2.21. Revenue also missed estimates. The company said the threat of tariffs on toys imported from China significantly increased its shipping and warehousing costs.

Harley-Davidson (HOG): [EARNINGS] Earned 55 cents per share for its latest quarter, 3 cents a share above estimates. Revenue also topped expectations. The better-than-expected performance came despite a hit to the bottom line from a drop in U.S. sales and higher costs from European tariffs.

Procter & Gamble (PG): [EARNINGS] Beat estimates by 13 cents a share, with adjusted quarterly profit of $1.37 per share. Revenue also came in above forecasts, boosted by strong demand for its premium beauty brands.

Travelers (TRV): [EARNINGS] Earned an adjusted $1.43 per share for the third quarter, below the consensus estimate of $2.35 a share. Revenue beat forecasts, however, but the bottom line was hurt by an increase in asbestos reserve costs.

TD Ameritrade (AMTD): [EARNINGS] Reported adjusted quarterly profit of $1.05 per share, 7 cents a share above estimates. The online brokerage’s revenue was also above Wall Street forecasts. The company warned it expects an earnings decline as it adjusts to losing revenue after joining its rivals in cutting commissions to zero.

Celanese (CE): [EARNINGS] Reported adjusted quarterly profit of $2.53 per share, beating consensus by 2 cents a share. Revenue came in below estimates, however, and the company cut its forecast, citing the September explosion and fire and its chemical plant in Clear Lake, Texas.

United Technologies (UTX): [EARNINGS] Earned an adjusted $2.21 per share for its latest quarter, above the $2.03 a share consensus estimate. Revenue also came in above analysts’ projections, and United Technologies raised its full-year forecast.

Under Armour (UAA): [NEWS] Chairman and Chief Executive Officer Kevin Plank will step down as CEO Jan. 1. President and Chief Operating Officer Patrik Frisk will become president and CEO, with Plank moving into the role of executive chairman.

Boeing (BA): [DIVIDEND] Maintained its quarterly dividend at $2.055 amid its struggles involving the grounded 737 Max jet. The latest dividend is payable Dec. 6 to shareholders of record as of Nov. 8.

Bank of America (BAC): [UPGRADE] Upgraded to “overweight” from “neutral” at Atlantic Equities, citing what it calls an impressive third quarter with ongoing deposit growth.

Chevron (CVX): [NEWS] Received an extension of its Venezuela-related waiver, allowing it and a number of U.S. oil services companies to operate in that country for another three months.

Levi Strauss (LEVI): [RATING] Rated “outperform” in new coverage at Macquarie Research, calling the jeans and apparel maker innovative, and praising the diversification of its revenue base.