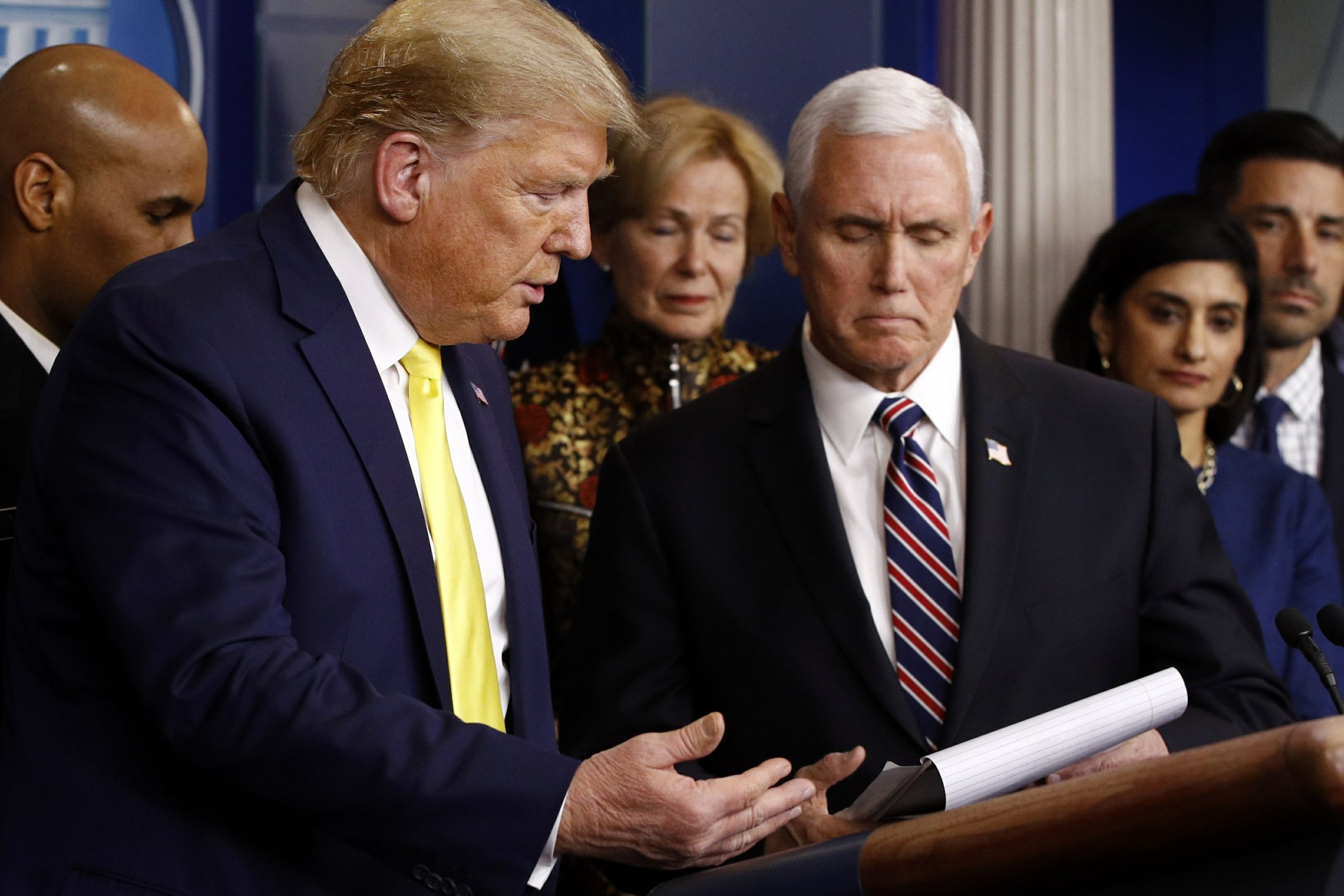 Futures tied to equity exchanges strengthened this morning however, following President Trump’s pledge to discuss measures such as tax cuts with Congress; an announcement met with cautious optimism.

Trump said his administration will be meeting with House Republicans later today to discuss a "substantial" payroll tax cut, and "getting help" for hourly workers, as well as working with companies on an economic relief plan in the face of the fast-spreading Covid-19 outbreak.

Treasury Secretary, Steve Mnuchin, meanwhile, addressed the decline in stocks saying he is confident in the strength of the US economy.

TODAY'S TOP HEADLINES
Politics & Economy: Trump Floats Payroll Tax Cut. (CNBC)
President Trump said he will be meeting with Senate and House Republicans on Tuesday to discuss “a possible tax relief measure” that would provide “a timely and effective response to the coronavirus.”

Dick’s Sporting Goods (DKS): [EARNINGS] Reported adjusted quarterly earnings of $1.32 per share, 10 cents above estimates, with revenue also above forecasts. Comparable store sales were up 5.3 percent compared to a Refinitiv-provided consensus estimate of up 3.0 percent, and the company also announced a 13.6 percent increase in the quarterly dividend.

Novavax (NVAX): [NEWS] Was awarded $4 million by the Coalition For Epidemic Preparedness in initial funding to support the development of a Covid-19 vaccine.

Stitch Fix (SFIX): [GUIDANCE] Under pressure after giving weaker than expected current quarter and full year guidance. The online clothing styling service pointed to the financial impact of promotional activity across the retail sector. Stitch Fix did earn 11 cents per share for its second quarter, 5 cents above estimates, but revenue fell short of Wall Street forecasts.

Tesla (TSLA): [NEWS] Plans to increase production capacity for certain car parts at its Shanghai factory, according to a government document seen by Reuters.

L Brands (LB): [REVIEW] Was named a “Catalyst Call” at Deutsche Bank, which said it expects the buy-rated stock to outperform – in part because a coronavirus-related stock-up at its Bath & Body Works chain.

United Parcel Service (UPS): [UPGRADE] Upgraded to “buy” from “hold” at Stifel, which notes the recent sell-off in the stock and that the delivery service has a steady earnings and cash flow profile that is attractive under current market conditions.

Wells Fargo (WFC): [NEWS] Said Elizabeth Duke has resigned as the bank’s chair, replaced by board member and former Bank of America chief financial officer Charles Noski. Duke is scheduled to testify before a House panel Wednesday on the bank’s efforts to reform its practices following its sales scandal, and was expected to face calls to step down.

Reynolds Consumer Products (REYN): [EARNINGS] Reported lower than revenue for its latest quarter, in its first quarterly report since going public in January. Adjusted earnings were roughly in line with Wall Street projections.