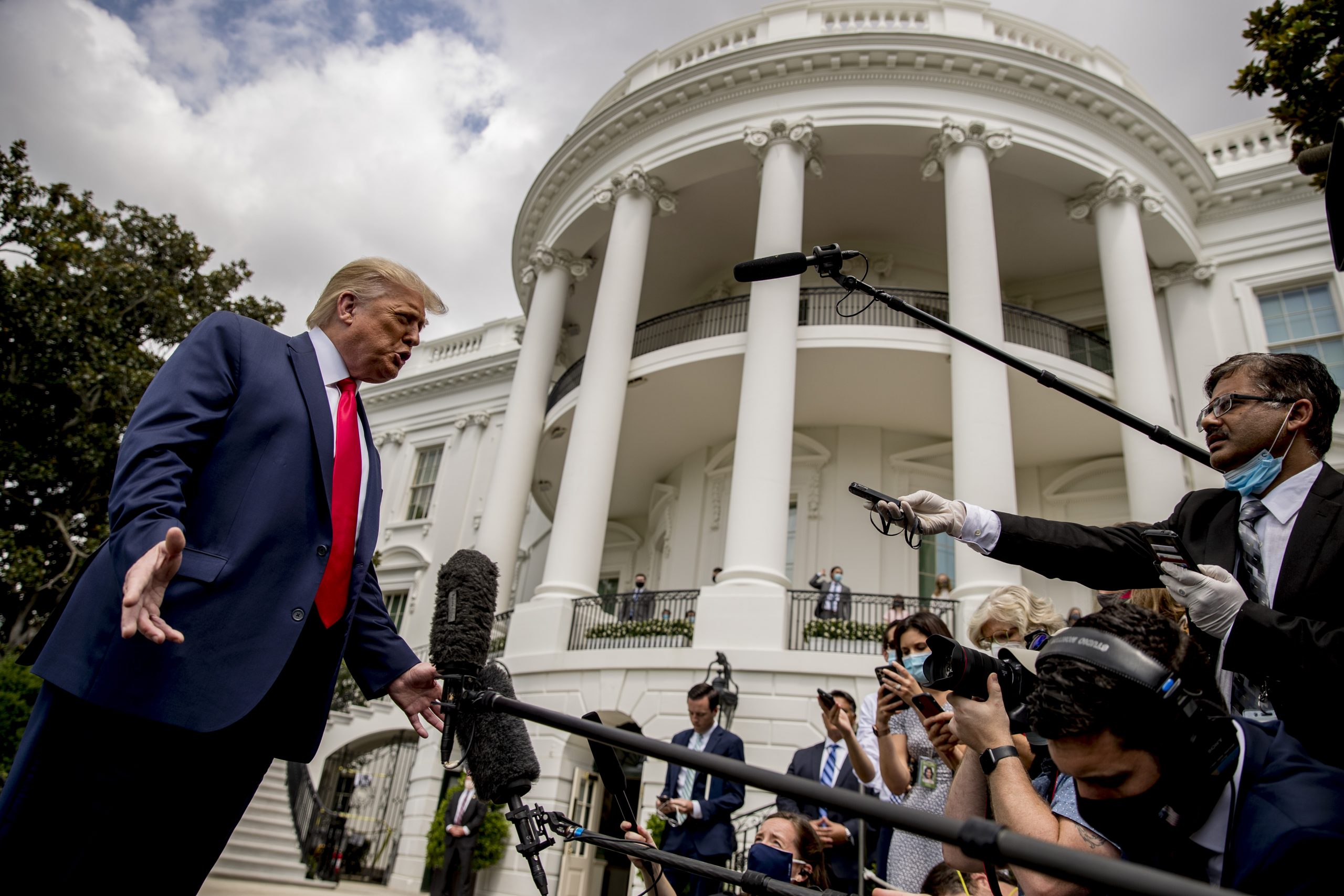 US stock futures traded higher on Tuesday, after President Trump said that he was “very seriously” considering a cut to capital-gains tax and paring taxes for middle-income families to help create more US jobs.

The statement came after he issued orders that would continue federal payments of up to $400 a week in benefits for unemployed Americans.

The street also reacted to news that virus hospitalizations declined in the most populous US states and that new cases have fallen 18% over the last 14 days, according to new data from Johns Hopkins University.

Ahead, in today's economic calendar, Tuesday includes; Producer Price Index data for July at 8:30am EST.

TODAY'S TOP HEADLINES
Politics: President, Democrats Open To Restarting Talks. (The WSJ)
Trump administration officials and Democratic leaders urged each other to return to the negotiating table to craft a broad coronavirus package.

Tilray (TLRY): [EARNINGS] Lost more than expected for its latest quarter, and the cannabis producer’s revenue was also below analyst estimates. Tilray said it had cut costs and increased revenue and is now focused on becoming profitable.

Inovio Pharmaceuticals (INO): [NEWS] Said it expects its Covid-19 vaccine candidate to enter a mid-to-late stage study in September and receive emergency use authorization from the FDA sometime next year. Previously, Inovio had said it expected to begin mid-stage studies this summer.

Tencent Music (TME): [EARNINGS] Saw revenue jump by a better-than-expected 18% during the second quarter, with its paid subscriber base numbers jumping by 52%. The music streaming service put more music behind its paywall after signing new partnerships with music labels.

IAC/InterActive (IAC): [EARNINGS] Reported an unexpected quarterly loss, with revenue also coming in below Wall Street forecasts. One of the key issues was slower sales growth in its ANGI Homeservices unit, with IAC saying volatility was likely to continue due to the pandemic.

Canada Goose (GOOS): [EARNINGS] Reported a smaller-than-expected quarterly loss and better-than-expected revenue for its latest quarter. However, it also said that the negative effects of the pandemic have continued into the current quarter, and that it expects a significant decline in revenue from a year ago.

Bed Bath & Beyond (BBBY): [NEWS] Lifted its suspension of planned debt reductions, which had been implemented due to financial conditions brought on by the Covid-19 pandemic. The housewares retailer also said its comparable sales for July were positive.

Novavax (NVAX): [NEWS] Said its manufacturing capacity will be sufficient to meet demand for its Covid-19 vaccine, which it thinks could be as high as 600 million doses. The drug maker expects to begin a phase three trial as soon as late September.

Macerich (MAC): [EARNINGS] Lost 18 cents per share for its fiscal third quarter, 2 cents wider than expected, with the mall and shopping center operator’s revenue also below Wall Street forecasts. Its results were impacted by store closures related to the pandemic, although it said the vast majority of stores were reopened by the end of the quarter.

BioNTech (BNTX): [EARNINGS & NEWS] Said it may present results from a phase 2b/3 clinical trial of its Covid-19 vaccine candidate in October, and continues to pursue the goal of bringing the vaccine to market as quickly as possible. The company also reported a wider-than-expected loss for its latest quarter and revenue that came in below estimates.

American Express (AXP): [NEWS] Is in talks to buy online small business lender Kabbage for as much as $850 million in cash, according to a Bloomberg report.

Simon Property Group (SPG): [EARNINGS] Reported quarterly earnings of 83 cents per share, below the consensus estimate of 98 cents, with the mall operator seeing revenue below forecasts as well. Simon’s results were hurt by unpaid rent from retailers forced to shut down due to the pandemic.

Uber (UBER), Lyft (LYFT): [NEWS] Uber and Lyft were ordered by a California judge to classify drivers in that state as employees rather than independent contractors, which would entitle them to employee benefits. Both ride-hailing companies said they would appeal the decision.

Occidental Petroleum (OXY): [EARNINGS] Lost $8.35 billion during the second quarter, as energy prices fell and the company wrote down the value of its oil and gas properties by $6.6 billion.