Trump Pivots To ‘Phase Two’ | Some People Will Be “Badly Affected” 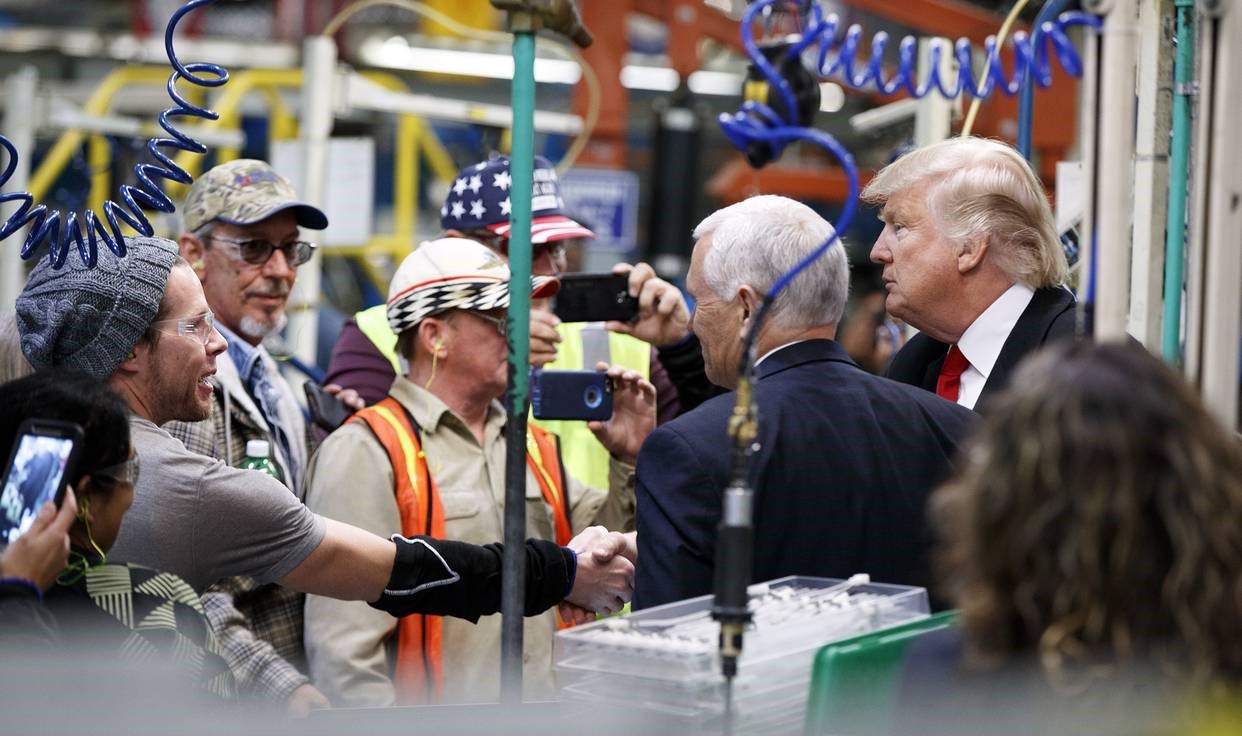 US stock futures traded higher on Wednesday, after President Trump pushed again to reopen the economy, ahead of an employment report which is likely to show a decade’s worth of new jobs lost in a month.

Trump, speaking in Phoenix, said he wants the economy to reopen but acknowledged that people will be “badly affected” if infections increase as lock-down restrictions are lifted.

Ahead, in today's economic calendar, Wednesday includes; ADP's National Employment Report at 8:15am EST, followed by Crude Oil Inventories for the week ended May 1 at 10:30am EST.

TODAY'S TOP HEADLINES
Coronavirus: Trump Pivots to ‘Phase Two’ Risking More Death to Save Economy. (Bloomberg)
President Donald Trump fixed his course on reopening the nation for business, acknowledging that the move would cause more illness and death from the pandemic but insisting it’s a cost he’s willing to pay to get the economy back on track.

General Motors (GM): [EARNINGS] Reported quarterly profit of 62 cents per share, compared with a consensus estimate of 30 cents a share. Revenue also came in above Wall Street forecasts. GM said results were “heavily impacted” by the economic impact of the coronavirus outbreak.

Pinterest (PINS): [EARNINGS] Reported a quarterly loss of 10 cents per share, 1 cent wider than analysts had been predicting. Revenue did beat estimates, but Pinterest said ad spending has been slowing and that its expenses will continue to grow this quarter.

Wendy’s (WEN): [EARNINGS] Reported quarterly earnings of 9 cents per share, a penny a share below estimates. Revenue fell short of forecasts as well. Same-restaurant sales were down 0.2%, compared to a Refinitiv estimate of a 2% increase. Wendy’s also cut its quarterly dividend to 5 cents per share from 12 cents a share.

Activision Blizzard (ATVI): [EARNINGS] Earned 76 cents per share for its latest quarter, well above the consensus estimate of 38 cents a share. The video game maker’s revenue also topped forecasts. The company also gave an upbeat 2020 outlook, as it benefits from the virus-related sheltering at home.

CVS Health (CVS): [EARNINGS] Earned $1.91 per share for its latest quarter, beating the consensus estimate of $1.63 a share. Revenue was above estimates as well, and the company kept its prior 2020 earnings per share guidance in place, although it said it would withhold more detailed guidance due to uncertainty. CVS benefited from consumer stockpiling of medications amid the virus outbreak.

Walt Disney (DIS): [EARNINGS] Reported quarterly earnings of 60 cents per share, missing the consensus estimate of 89 cents a share. Revenue beat forecasts. The company said the Covid-19 pandemic had a $1.4 billion impact on its profits, and that the fallout would impact all aspects of its entertainment business for the foreseeable future. Disney also said it was eliminating its first-half dividend payment.

Electronic Arts (EA): [EARNINGS] Beat estimates by 10 cents a share, with quarterly earnings of $1.08 per share. Revenue came in slightly above Wall Street forecasts. Like rival Activision, Electronic Arts also benefited from increased engagement with its video games from people sheltering at homes.

Papa John’s (PZZA): [EARNINGS] Earned 15 cents per share in its most recent quarter, below the consensus estimate of 39 cents a share. Revenue missed forecasts as well. The company said the pandemic first began to impact sales in late January, when stores in China and South Korea were closed. Papa John’s also withdrew its 2020 guidance.

Waste Management (WM): [EARNINGS] Beat estimates by 3 cents a share, with quarterly earnings of 93 cents per share. Revenue for the first quarter came in above estimates as well. The beat came despite a drop in industrial waste collection amid the Covid-19 pandemic. The company said it remained committed to its dividend, but has suspended share repurchases for the foreseeable future.

Cheesecake Factory (CAKE): [EARNINGS] Reported a quarterly profit of 4 cents per share, compared to expectations of a 38 cents per share loss. The restaurant chain’s revenue came in above forecasts, although comparable-restaurant sales tumbled 12.9% during the quarter.

Mattel (MAT): [EARNINGS] Lost 56 cents per share for its latest quarter, wider than projections of a 41 cents per share loss. The toy maker’s revenue also fell below estimates, and it predicted a sharp drop in current-quarter sales due to the coronavirus lockdowns. Mattel also withdrew its previous 2020 guidance.

Planet Fitness (PLNT): [EARNINGS] Missed estimates by 18 cents a share, with quarterly earnings of 16 cents per share. The fitness center operator’s revenue was well below estimates as well. The company said it believed the Covid-19 pandemic will eventually result in a more favorable real estate environment for its system.

New York Times (NYT): [EARNINGS] Came in 7 cents a share ahead of estimates, with quarterly earnings of 17 cents per share. Revenue also beat estimates, however the company said it expected ad revenue to fall 50% to 55% during the current quarter.

Nordstrom (JWN): [NEWS] Will permanently close 16 locations that have been shut down since mid-March due to the coronavirus outbreak. It plans to reopen its other stores in phases, and is also implementing a cost-saving restructuring.